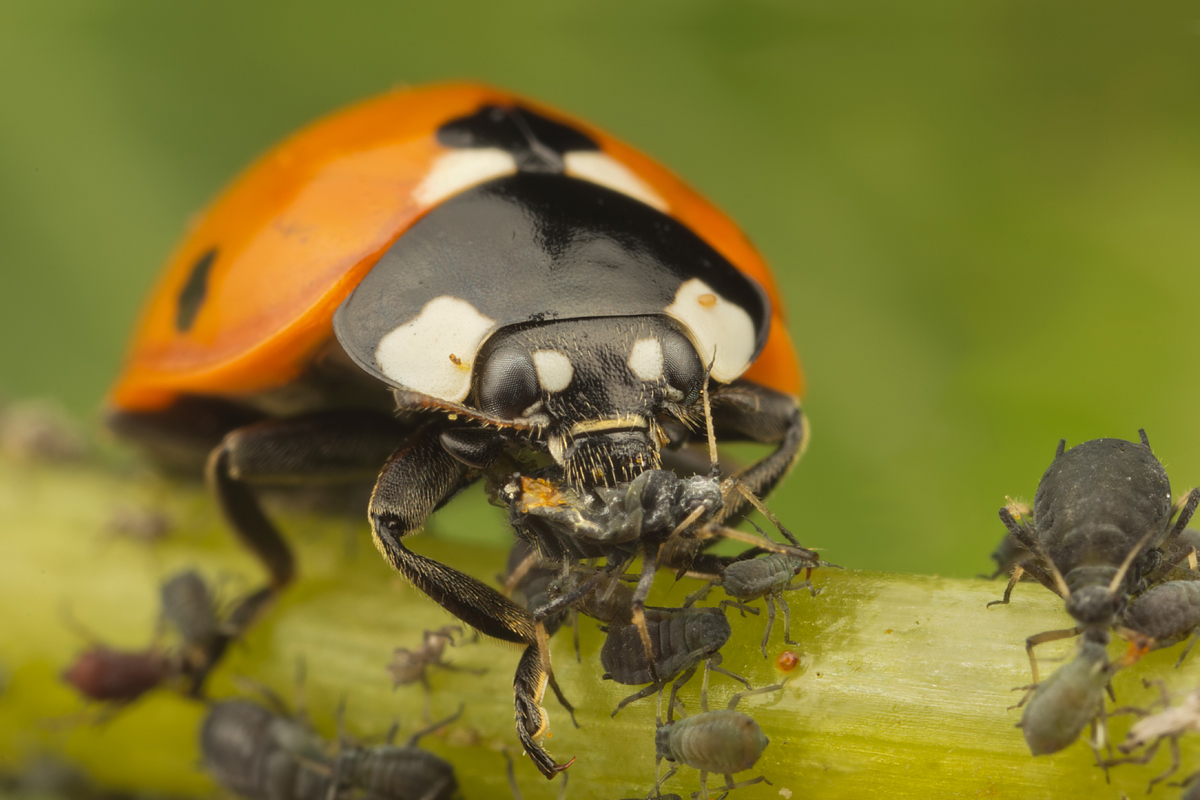 There are many methods cultivators can employ to protect their crops, and for marijuana growers it’s no different. And for every problem, there are many different solutions for growers to choose from. That also holds true when it comes to pest control. Aphids, spider mites, gnats and more are just looking for healthy cannabis plants to destroy for their own good, and it’s up to the grower to determine how to get rid of them.

For many the choice simply comes down to synthetic or organic, and most would agree that organic options are usually the best. But when it comes to controlling pests in a grow space, there’s one type of organic plant care that might be better than all of them. That’s introducing beneficial bugs into the garden that will not only organically, but also naturally, control the pest population.

Why are insects being used instead of pesticides?

The method of using beneficial bugs in the grow space is really just the act of letting nature be nature. There are no pesticides or chemicals used. Instead, insects are introduced that will be beneficial to the garden and the plants within it. These beneficial insects will prey on the unwanted pests, without actually causing harm to the marijuana plant itself.

While undergoing its natural life cycle, the beneficial bugs will also provide compost for the plant’s soil, and that soil will in turn provide them the moisture, food and life they need. This is why many growers experienced with this method the term organic pest control one step further and call this particular method biological pest control.

Pesticides, whether synthetic or organic, can also leave a residue behind on the plant, even when proper flushing is done. This residue can then remain on the product during the drying and curing process, and could even damage the bud in the end. Using beneficial bugs in place of any pesticide eliminates this problem.

In addition to being good for the plants and insects that thrive in the garden space, using beneficial bugs instead of pesticides is also good the environment. Each year, an immense amount of chemical runoff is put into the oceans and waterways of the world. That runoff, even with organic pest control pesticides, can create algae blooms, which chokes off the wildlife that relies on those areas for food and shelter.

Pesticides, even those claiming to be organic, can ultimately be harmful to the environment. Introducing beneficial bugs doesn’t just protect the environment they’re placed in, it protects the global environment.

What bugs are good bugs?

So once it’s known that bugs can be beneficial in pest control, the question then becomes of course – which bugs? The following list provides plenty of options for those interested in introducing beneficial insects for the ultimate in organic pest control.

In addition to the pests mentioned above that are most sought after by beneficial bugs, the majority of them also enjoy flies and mealybug.

The amount of beneficial bugs that are used, and the combination of insects, will depend on the grower’s preference, what they have available to them, and what kind of destructive pest they’re trying to eradicate.

Things to Keep in Mind

If beneficial bugs are going to be introduced to a space, it simply doesn’t make sense to have substances that will kill them nearby. Those pesticides can travel great distances, and most bugs will likely travel to those other greenspaces while serving the garden. This is why it’s so important that organic spaces are left as completely organic space, with every single square inch being organic.

This doesn’t just include pesticides, although they are arguably the most important to eliminate when using beneficial bugs, but also fertilisers, nutrients, and other substances that may be introduced to the garden space.

When introduced and maintained properly beneficial bugs, just like any other equipment or parts used in the garden, can be a huge boon to a marijuana grower’s crop. And even more important to the bigger picture, they’re part of organic plant care that is better for our planet.

More From Grow Guide
Sub-Categories
MOST READ
MOST RECENT