Is there such a thing as a weed hangover? 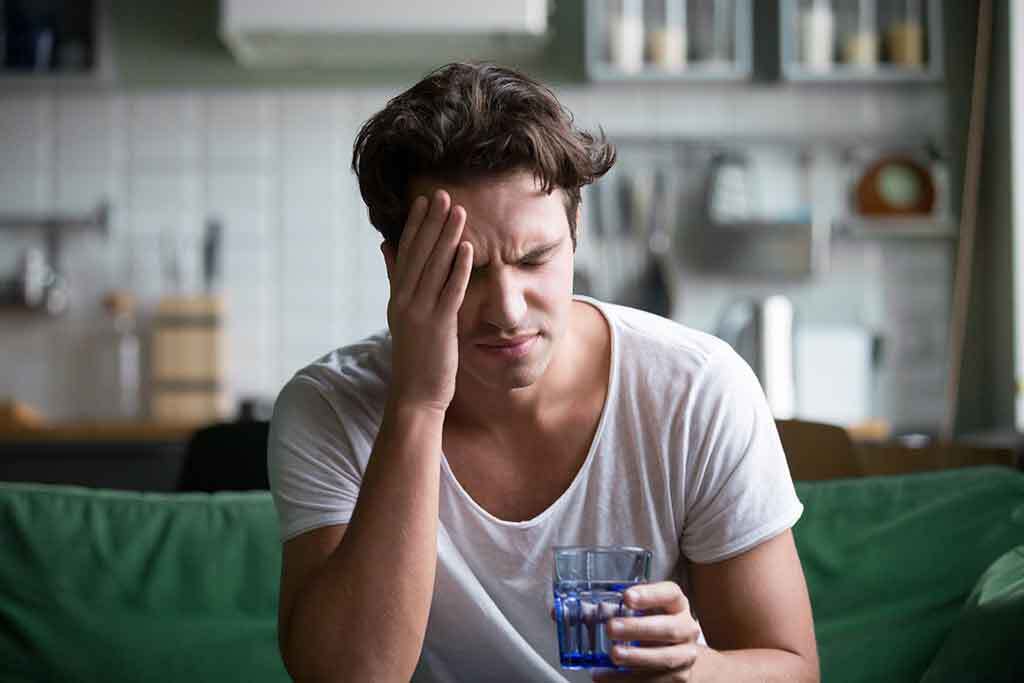 Anyone who’s ever had a night of hard core drinking knows that when they imbibe in too much alcohol, they’re likely going to feel the effects of a hangover the next morning. How big that hangover is will depend on how much they’ve had to drink, and how well they took care of themselves before going to bed. What many don’t understand, is that the same thing can happen when they’ve consumed too much cannabis the night before. So what exactly is a weed hangover? What does it do, and how can you prevent one?

Some marijuana connoisseurs that smoke or consume weed on a daily basis might be likely to laugh when you bring up the idea of a weed hangover, but they do happen.

Back in 1985, the Drug and Alcohol Dependency publication released information about a study that was conducted to specifically look at the weed hangover. The study had 13 participants in total, who all regularly consumed cannabis. Some of the participants were given a joint, while others were given a placebo. Just after the joints were smoked, their system levels including carbon dioxide levels and their heart rate were checked.

The participants smoked the joints they were given, rested for nine hours and then their system levels were checked again. Those who were given joints containing actual cannabis had much higher carbon dioxide levels, as well as faster heart rates. They also took much longer to perform ordinary daily tasks than those who were given the placebo. These findings showed that after consuming marijuana, there is the likelihood that the individual will show signs of a hangover.

The good news is however, that a marijuana hangover is very unlike one you would get from drinking too much. While you may not feel sick to your stomach with chills and body aches, there are some milder symptoms that will be present.

Main symptoms of a weed hangover

The good news is that, while a hangover from alcohol may leave a person down for hours, or even days, a marijuana hangover is much easier to fix.

How to cure a weed hangover?

The first step in curing a weed hangover is obviously not to smoke cannabis again until the effects have started to lessen. Putting more THC into your system is not going to help.

While you’re spending the day in front of Netflix or otherwise staying relatively low-key, it’s a good idea to get some sleep. Sleep allows the body to heal and repair itself, which is what it will need when it’s in the midst of a weed hangover. But sleep brings another benefit as well. Marijuana actually interrupts the amount of REM sleep your body gets, and abstaining from weed in conjunction with getting more sleep will help the body help itself. Even sleeping for an additional hour or two will make you feel better when dealing with a weed hangover.

Painkillers such as Tylenol or Advil will also do a world of good when treating a weed hangover. One of the things you’ll likely be dealing with is a headache, and it can be throbbing after consuming too much cannabis. Taking even just one dose can take the pain away until your body is feeling better so that when it wears off, you’ll already be feeling fine anyway.

Don’t forget to take that painkiller with some water, and then drink lots of it afterwards, as well. Most weed hangovers are due to dehydration, so replenishing the amount of water in the system will do a world of good to getting rid of any kind of hangover. Drinking water is also the best way to deal with cotton mouth, as the mouth won’t feel nearly as dry after a large glass or two.

Lastly, get up and take a walk. Exercise can help rid the body of toxins, and the fresh air will help get more oxygen to the brain, which will speed up the body’s recovery. You mostly won’t want to put in a full exercise regime, but even a light walk can help reverse the effects of a weed hangover.

Of course, the best way to ensure you never have to deal with a weed hangover is to make sure you never get one in the first place.

How to prevent weed hangovers?

Armed with a few tips, you may be able to smoke cannabis safe in the knowledge that there will be no weed hangover in the morning.

First, start with a good cannabis strain. Strains that are too potent, or that are just simply bad weed are the most likely to cause a weed hangover. Find a strain that you’re comfortable with and that gives you the happy medium you’re looking for. If you’re smoking a strain of cannabis that is not familiar to you, start slow and wait about an hour (up to three when using edibles) until you know what the effects are going to be.

While choosing a high-quality cannabis strain that likely has the THC you’re after, also choose a strain that’s high in CBD content like Harlequin, Mandarin CBD, CBD Queen, and Cannatonic. CBD won’t get you high on its own, although you can find strains that have a good mix of CBD and THC. But CBD does bring many health benefits for the user, even though none of them are psychoactive. Switching out the strains every time you smoke will give you the high effect you want while also giving you the health benefits CBD will bring.

Always drink lots of water when consuming cannabis, no matter the consumption method you’re using (vaping, smoking, eating, etc.) Remember, dehydration is one of the biggest factors in a weed hangover, so making sure you’re well hydrated will do a world of good when warding off a weed hangover.

Staying healthy in general is a great way to prevent a hangover from marijuana. Having a proper balance of healthy fats, fruits and vegetables, while at the same time avoiding excessive amounts of sugar, caffeine and alcohol are some great ways to prevent a weed hangover.

Some may scoff at the idea that weed hangovers are a real thing, but they are. They have the science – and too many people just looking to enjoy their Friday night – to back up the fact that these do in fact exist. Knowing that beforehand, as well as how to prevent one from happening, is your best defence in ensuring that when you sit down to enjoy a joint, bowl or edible, you’ll only be the effects you’re after while keeping those you don’t want at bay.