Mango and Weed: Can Mango Make You Even More High? 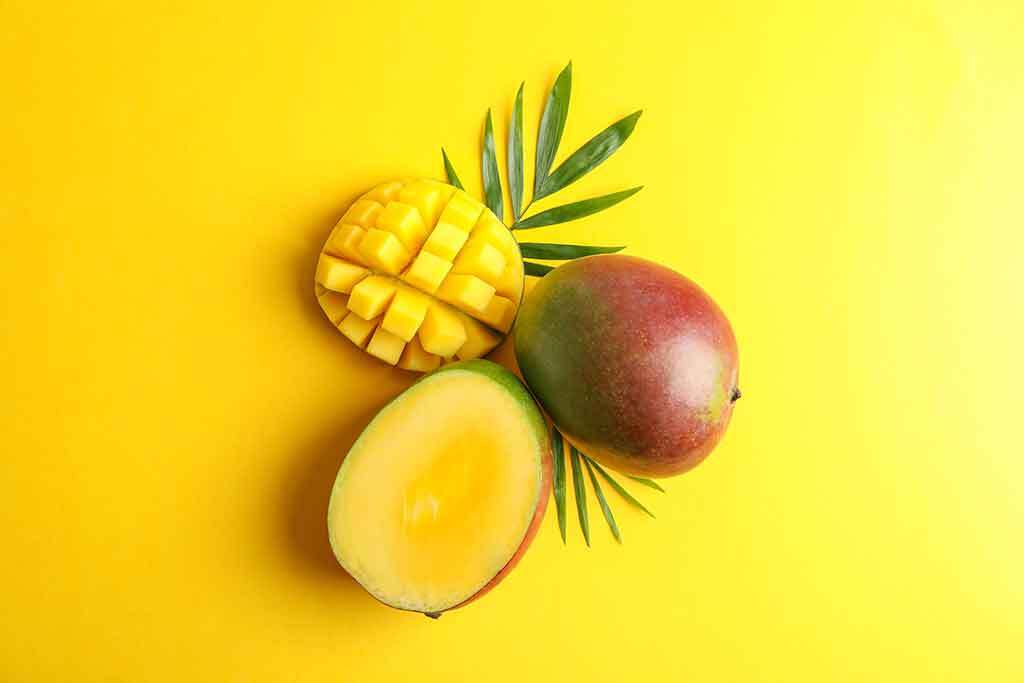 There are many myths behind the smoking of marijuana. One of those is that eating mangoes, either while high or just before consuming, can enhance the effects felt. But is this true?

Mango and Weed: How Do Mangoes Affect Your Cannabis High?

It seems that, in the case of mangoes, there may be some truth to this stoner folklore.

As a person consumes marijuana, THC is released into their bloodstream. THC interacts with the myrcene consumed from mangoes and this is what makes the effects of marijuana stronger. In some cases, it can also extend the length of a high. How long the high lasts though, will depend on the individual.

A person’s individual metabolism though, plays a big part in how much mangoes will affect their high. Metabolism of course, is the process of the body processing food, and burning through the energy that food provides. Those with slower metabolisms should eat a mango about an hour before smoking or vaping. Those with faster metabolisms on the other hand, should consider eating two or three of the whole fruits before consuming marijuana.

Mangoes are full of myrcene, which has terpenes inside. Myrcene is what gives mangoes, and other fruits, their wonderful smell. Cannabis also contains many terpenes which also give it its aroma, depending on the strain that’s being used.

This chemical does more than just provide different aromas and flavors, though. It also converts the normal energizing effect of marijuana into a sedative effect. Indica strains are known to have more of the chemical within them, which is why these strains are more likely to produce the couch lock effect than sativas.

Mangoes and The Munchies

Even though it’s been found that mangoes will help enhance a high best when they are taken just before using marijuana, there are benefits to eating them when the munchies strike as well.

The first is that the fruit is very low in calories, with just one mango containing about 135 total calories. They are also very low on the glycemic index, unlike the chips and chocolate bars that are often grabbed when a person has the munchies. This can help regulate blood sugar levels, instead of sending them spiking as junk food will.

But there’s more to mangoes than just that. They are also made up of 82 percent water, and 12 percent fiber, two things people often don’t get enough of through their diet alone. Due to the fact that both water and fiber can help make a person feel fuller for longer, this is another great way to curb even more munchies.

How Long Do You Wait to Smoke After Eating Mangoes?

To enhance the effects of weed, eat a mango about 1-2 hours before smoking. To people who absorb food faster, consider taking the mangoes and weed together especially if you are using edibles. It may not be easy to know how to time yourself, but you will figure it out with practice.

While further study may need to be done, it does seem fairly conclusive that mangoes can help enhance a high. However, it seems to be just as true that it depends on what form the mango is in at the time of consumption.

Cooking the fruit seems to extract some of the terpenes in it. This means things like cooked mango salsa may not be as effective as eating a raw mango. Freezing the fruit though, does not seem to have this same effect.

Those that tire of eating the fruit raw before consuming cannabis may try using frozen mango to make a smoothie. The frozen aspect will help thicken the smoothie, while the actual fruit will do its job and increase the high.

Other foods that will improve your high

Don’t like mangoes? Don’t worry, there are other foods that can improve your high. Some of them include:

These have high levels of omega-3 fatty acids, which help them break through the blood brain barrier faster. When these fats are in a person’s system, a high can take effect much quicker, and last longer. These are especially helpful when they’re added to edibles, as it can bring on the effects much faster.

Certain herbs such as thyme, sage, and bay have the same terpenes that mangoes do. In addition, they also open up the passages in the lungs that make it easier to inhale marijuana and break through the brain blood barrier more quickly.

This green vegetable has a specific terpene, Beta-caryophyllene, that binds to CB2 receptors in the body. This terpene can help reduce pain, inflammation, and depression, increasing these same effects that marijuana can bring.

When taking tea to increase a high, it can’t be just any tea. It should be black or green tea. These have antioxidants that bind to CB1 receptors in the brain, which can increase feelings of relaxation. When taken with cannabis, tea can help boost your mood, lower stress, and make one feel even more euphoric.

It makes sense that any type of alcohol can increase a person’s high. It’s for this reason it’s often referred to as getting twisted or crossfaded. But, when a person drinks beer specifically while high, science has proven that people that used marijuana while drinking actually had higher THC levels. Be careful, though. Drinking too much while using marijuana can cause the spins and other adverse effects. Learn how to pair beer and weed here.

There are certainly a lot of myths and theories surrounding how one can enhance their high. However, the fact that eating mangoes can help is more than just folklore. There is real science behind this fruit’s ability to increase a person’s high. And for those that don’t like mangoes, there are other foods that can help, too!

More From Science & Facts
MOST READ
MOST RECENT
SHARE THIS BLOG
MSNL RELATED ARTICLES
MSNL POPULAR ARTICLES
MSNL 2022 GUIDES.
LEARN FROM LEADING
INDUSTRY PROFESSIONALS.
MSNL have taken the hard work out of finding factual information.
Browse our encyclopedia of Marijuana guides and get straight to the point!
SIGN UP & GET 10% OFF! Sign Up to the MSNL Newsletter to receive exclusive discounts!
20 Years Of Quality and Excellence
The journey to what MSNL is today started as a hobby but quickly turned in to something much bigger. In that time, we have honed our craft and helped customers all over the world to grow their own cannabis.
Our aim is to help you grow the best weed you can,
empowering you with detailed grow guides and resources to make the most of each seed. Read More...
front