Why are athletes using CBD oil? 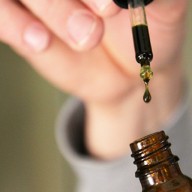 If there’s one group of people you can expect to keep up to date with the latest scientific thinking on what’s best for the human body, it’s athletes.  So when it starts to become public knowledge that professional athletes are using CBD oil to help with their training, even cannabis doubters will have a reason to start reviewing their opinion of medical marijuana.

CBD is one of the main beneficial cannabinoids in cannabis.  CBD products, such as CBD oil, may be legal in some places where cannabis and cannabis oil are illegal.  The reason for this is that CBD oil is generally made from hemp, which is basically a close relative of cannabis but which has lost most of its cannabinoid content, leaving only CBD.  This obviously reduces its overall medical effectiveness, but if CBD is all you need, then it can be a good choice.  Alternatively, you can buy cannabis oil made from a strain of marijuana which has been specifically bred to have a high CBD content, which will have a broader range of cannabinoids.  These strains typically have a minimal amount of THC, which means they work more on the body than on the mind, although they can have a soothing and calming effect.

CBD is appreciated for its ability to relieve pain and inflammation. These claims have been backed up in this study, and in this study. These are both huge benefits in the world of sport and can go a long way to promoting recovery after training or even from injury.

CBD Oil used for Pre and Post workouts - what are the supposed benefits?

In the world of sport, CBD oil has four main benefits;

It is anti-inflammatory.  Anyone involved in sport is going to pick up their fair share of injuries and professional athletes need their recovery time to be as short as possible.  CBD oil can bridge the gap between the basic, but effective, RICE approach (rest, ice, compression, elevation) and anti-inflammatory drugs.  It can also be used as a topical treatment in certain sports where the skin can easily become damaged. It relieves pain.  Nonsteroidal anti-inflammatory painkillers are coming under increased scrutiny due to their addictive properties.  Charities have been working to highlight the issues of over-prescription and over-reliance on legal drugs such as NSAID painkillers and antidepressants and there have been high-profile instances of celebrity deaths related to them, which have helped to bring further attention to the issue.  The death of Michael Jackson was almost certainly the most high-profile incidence of a death linked with the use of prescription drugs (specifically propofol, lorazepam, and midazolam), but Heath Ledger’s death was also linked with legal medication (namely oxycodone, hydrocodone, diazepam, temazepam, alprazolam and doxylamine) as was Corey Haim’s (Valium, Vicodin, Soma and Haloperidol) and Jeff Conaway struggled with issues related to overuse of prescription painkillers (admittedly as well as many other mental and physical issues).  With a growing number of sports stars openly advocating the use of medical marijuana to treat sports injuries, even when it’s illegal where they live, it’s hardly surprising that athletes are going to be open to using CBD oil, which is much less controversial and hence more widely available through legal channels.

CBD-rich strains of marijuana have long been used to treat insomnia, particularly when pain is a factor in a person’s inability to sleep. The research on the link between marijuana and insomnia can be found in this study. Strains which have high percentages of THC as well as CBD are best avoided for use before bedtimes, but there are plenty of alternatives.  As anyone involved with sport will know, recovery time is as important as work-out time and athletes who are totally focused on their sport may need help to wind down so that they can get the rest they need.

Professional athletes often need to eat a very specific diet and, in particular, often need to consume a high level of protein when compared to people with more sedentary lifestyles.  This can actually be something of a challenge, especially when athletes lose their appetite in general, such as when they’re under the weather.  CBD oil can help with this.This study shows how cannabinoids affect the appetite, making food not only taste better, but smell better and hold more appeal for those that need extra nourishment.

Just as gamers have pushed forward the boundaries of technology, professional athletes continually push forward the boundaries of what the human body can achieve.  The state-of-the-art technology developed through gaming usually finds its way into the mainstream in the same way as cutting-edge developments in professional sport typically become adopted by amateur athletes and even people without any interest in sport whatsoever.  For example, sports shoes are now worn by pretty much everyone of all ages and from all walks of life and “athleisure” is now a recognized fashion style.  The fact that professional athletes are now openly starting to adopt and advocate CBD oil (and indeed marijuana) is yet another encouraging sign that cannabis is finally on its way to mainstream acceptance and legalization.