Psychedelic Plants that Get You High that are Not Cannabis 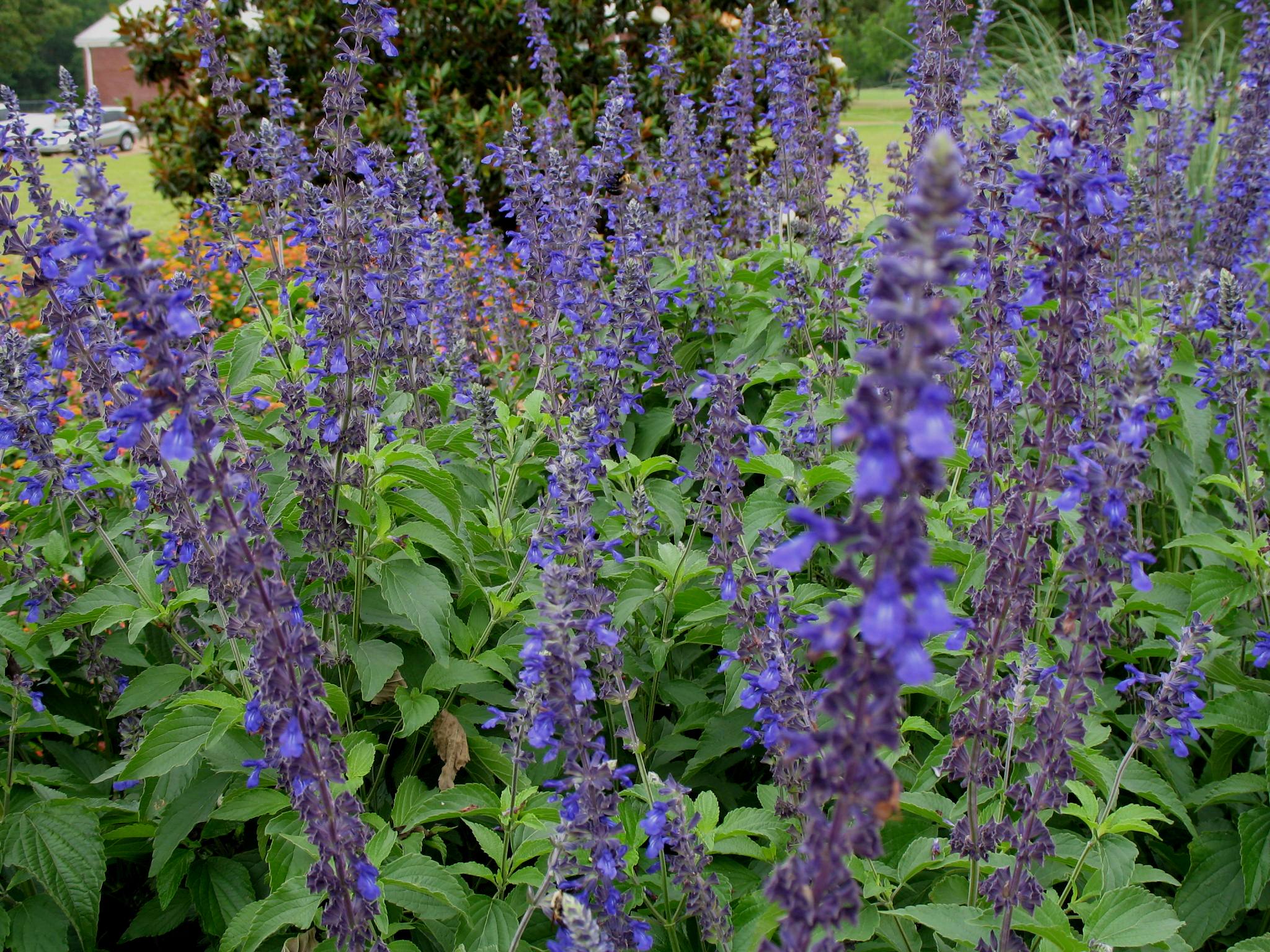 Cannabis has long been the preferred plant to get high of many, but there are many other plants that will do largely the same thing – or even more. Nature has a lot to offer when it comes to offering a way to completely escape and revert back into yourself, or just provide a calming effect when you’re a little stressed out. From legal highs to psychedelic plants that have had sanctions placed on them, here are ten plants found around the world that will indeed get you high. 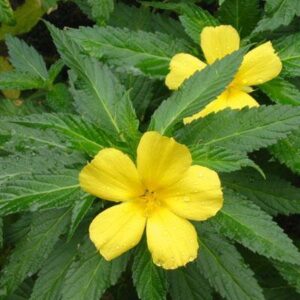 Damiana is a plant that provides effects very similar to cannabis, but it doesn’t need to be smoked or eaten to feel these effects; it only needs to be smelled. The relaxed feeling that comes over a person immediately after smelling it is the reason it’s often turned into incense. But it can also be processed in tea or into a sugary form. When taken in high doses damiana can provide for hallucinations but it is legal almost everywhere in the world, including the United States with the exception of Louisiana. When combined with cannabinoids found in cannabis it becomes Black Mamba, which is illegal in most parts of the world including the U.K. 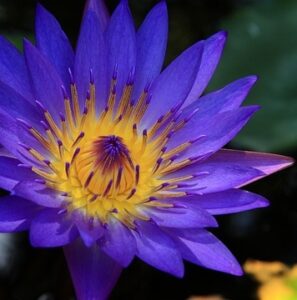 Native to regions of East Africa, Blue Lotus is a bit of a contradiction of itself as it provides a sense of peace and calm but also makes the user more aware of their senses. Blue Lotus can also provide pain relief and enhanced sexual desire. But it also has several side effects including nausea, unconsciousness, drowsiness and even addiction. To avoid these unpleasant side effects, it’s most recommended that Blue Lotus is used on its own. Either by smoking it or brewing it into a tea. It should never be mixed with alcohol, cannabis, or other depressants. 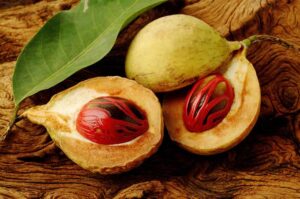 The spice that is a friend to bakers everywhere can also provide for a legal high that will bring a sense of euphoria to those who use it as such. To get the high from nutmeg the seeds of the plant just need to be eaten, but the side effects prevent many people from doing so. Severe nausea, vomiting, diarrhea, and other gastrointestinal issues such as bloating are known to occur after eating nutmeg seeds. It can also cause extreme tiredness, even after a person has slept soundly through the night; but it can also cause insomnia. 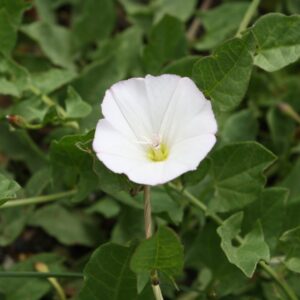 Morning Glory is so prevalent throughout the world that many gardeners find it to be one of the most annoying weeds that can quickly overtake their space. But after chewing them, the seeds of this plant can provide for some serious hallucinations. To make these hallucinations even more intense, Morning Glory seeds can be soaked and then crushed into a paste. Some wait until the seeds have sprouted after soaking, as it’s said that this will increase the high and bring on more hallucinations. While Morning Glory and its seeds are legal in most parts of the world including the U.S. and U.K., extracting the LSA that causes the high from them is illegal in these same parts of the world.

For those looking for a high other than what cannabis can provide, there are many psychedelic plants grown around the world that provide both illegal and legal highs. It’s always recommended that people be careful while using them, starting in small doses and then increasing to larger doses if necessary. People should always check the laws in their area to ensure that they are not doing anything illegal or dangerous. 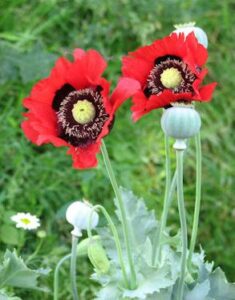 Morphine, opiates and codeine are just a few of the drugs providing legal highs that come from the opium poppy. But it’s also the plant responsible for illegal highs as well, such as heroin. The drug comes from the milky liquid excreted from the unripe seed capsules. These drugs have many effects as they do their work on the brain and spinal cord. These include pain relief, helping with anxiety, sedative qualities, and giving the user a state of euphoria or mood changes. A user’s tolerance can increase the more opium they use, which is the most common cause of death in heroin and morphine users. This is because they need more of the drug to get the same high the next time they use it and that can easily lead to overdose. 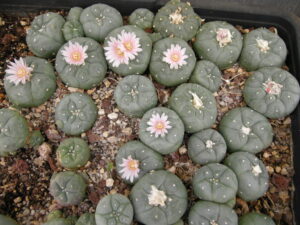 Peyote is a low-growing plant that looks very much like a mushroom. But it’s actually a cactus and there’s only one place to find it – in the Chihuahuan Desert that covers part of Arizona, New Mexico, Texas, and Mexico.

When used to get high, the tops of the cactus are cut and dried to create what are known as mescal buttons, which contain alkaloid mescaline that can make the person that consumed it hallucinate. There is a lot of variation with user’s experience with this psychedelic plant, not just from person to person but also from one person’s experience to their next one. It’s said that the personality of the individual, as well as their mood at the time, will have a large effect on the extent of those hallucinations. In nearly all cases though, hallucinations are completely visual and are not accompanied by sound.

Even though it is not considered to be an addictive plant, it is illegal for use in the United States with the exception of ritual use by the Native Americans. It is legal in both Canada and the U.K., but can be harder to find in these parts of the world. Side effects are most often nausea and vomiting. 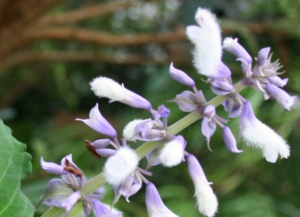 Salvia is known as a spiritual plant to those who advocate its use, such as the shamans that have used it in their rituals; but it’s definitely a psychedelic one as well. Like peyote, salvia is also native to Mexico and is a member of the mint family. When the leaves are eaten or smoked, this psychedelic plant can bring on intense hallucinations, although the effects don’t typically last very long. Users have reported feeling mood changes, sensations throughout their body, visions, feelings of detachment and an altered perception of self. While salvia is currently legal in both the U.S. and the UK, it was made illegal in Canada in 2010. 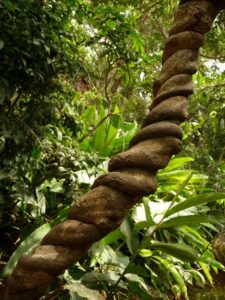 Anyone that’s watched Chelsea Handler’s Netflix show knows about Ayahuasca and the powerful effects this psychedelic plant can bring. This vine, which is native to South America, is cut down and then made into a tea. It's then used to provide people with spiritual guidance, that will help provide a better understanding of themselves and the universe. It’s been said that it’s much like your life flashing before your eyes, while others have only been taken back to their childhood.

While it’s often used as part of rituals for the Amazonian people, there have been some deaths reported with its use. Namely due to the fact that some undergo serious psychological distress while under the influence of the drug. Vomiting and diarrhea are common, particularly immediately after taking the drug, and the shamans that administer it claim that this is the purging of negative energies. 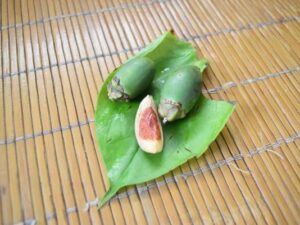 Betel nut may seem fairly innocuous, as the leaves of this psychedelic plant are simply wrapped around the nut (or seed) with a pellet of slaked lime and chewed. Doing so will cause the user to feel euphoria and other sensations, similar to cannabis. The plant is most popular in places such as India, Thailand and Malaysia, and it’s known to be the fourth most addictive drug in the world. Those who use it regularly typically have lips and teeth that are stained in a red color. But aside from being addictive, this plant has been linked to multiple types of cancer, including that of the mouth and esophageal. 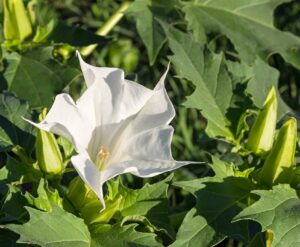 Like so many other psychedelic plants, Jimsonweed is a hallucinogenic used in a number of ceremonies of indigenous people throughout North and South America. This may be due to the powerful spiritual visions people are known to have after using the drug. Some people have reported to have hallucinations that are not spiritual but extremely frightening, and this can cause paranoid delusions. It has also been known to cause death upon use, which is why it’s also considered a very dangerous drug by many. One of the longest-lasting side effects is blurred vision after use. It’s been said that those who have tried it once never go back to the plant to try it again.

Despite these, cannabis is still one of the most beneficial plants in the world. Luckily, legalisation is sweeping across the world to give more people access to this wonderful plant. If you're lucky enough to be in that part of the world you can find our feminized seeds here.

More From Most Popular
MOST READ
MOST RECENT