All about the Purple Kush Marijuana Strain 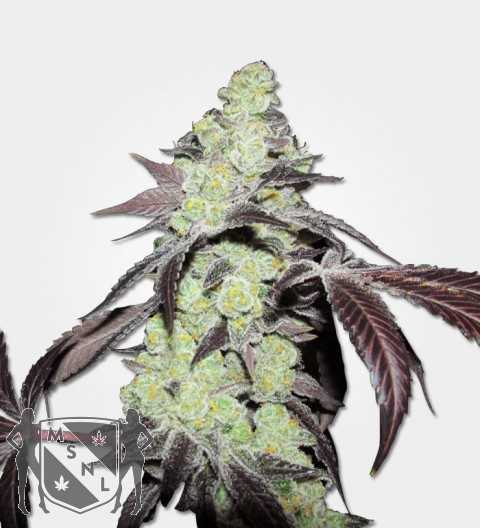 When a strain comes from parent plants that are already legendary in their own right, growers and users alike know they’re in for a treat. That’s the story that Purple Kush carries. Today it is one of the most popular strains for those that are just looking for a great indica high. Or those that just want to get lost in its pretty purple flowers.

The History of Purple Kush

The Purple Kush strain was first developed in the area of Oakland, California in an area affectionately known as Oaksterdam.  It is one of the oldest marijuana areas in the United States.

It was in this area that the indica parent plants, Hindu Kush from the Pakistan-Afghanistan border and Purple Afghani were crossed to form the now-classic, Purple Kush. Not long after, it quickly became one of the most popular strains in dispensaries found around California. Today, Purple Kush is one of the most sought-after strains by users all around the world, with High Times magazine even naming it a Top 10 Kush Strain in 2016.

The first thing one might notice about Purple Kush is its beautiful color. Unlike other purple varieties, where only the buds turn purple at the end of grow time, this strain is almost entirely purple, particularly the leaves. The buds will change into that deep hue as the plant grows but that color will be combined with small orange pistons that really gives them a remarkable contrast.

That purple color also comes through in the smell, with aromas coming off the plant that are a mixture of earthiness and sweet grape. Berry notes have also been detected by some.  All of those scents come through in the taste too, as users will first notice the grape flavor before hints of pine and earth start showing up.

Once one is done marveling at the sheer beauty and intoxicating aromas of this plant, they will notice instantly just how much power those buds pack. With a THC content that starts at 20 percent and only climbs from there, Purple Kush brings a powerful body stone that will bring users all the relief they need.

While the strain can make users feel sleepy, it’s not this feeling that comes on right away, as with so many other indicas. Instead, Purple Kush starts out by simply relaxing the entire body, starting with the mind and then trickling all the way down to the toes for a full-on body buzz. Happiness and euphoria will take over, making all of one’s cares simply dissipate for the time-being. Then, after a little more time or a few more tokes, the sleepiness will come in, allowing users to get the shut-eye they may be looking for.

Those who turn to Purple Kush for pain relief and other reasons will find the strain melts away any type of stress, insomnia, depression. Pain is also no match for the effects of this plant. As Purple Kush is also known for bringing on some serious munchies, this is also a great strain for those suffering from a lack of appetite.

The Purple Kush strain may not be the hardest strain in the world to grow, but it’s also definitely not the easiest. Once only available in clone form, this plant does need some TLC during all phases of its growth cycle.

Being a pure indica, it will grow very bushy and short, almost never reaching more than three feet in height. This makes it suitable for a screen of green (SCROG) setup, preferably in a hydro setup. Like any Kush, this strain is a hungry one and growing it hydroponically will allow it to get all the nutrients it needs. As for growing outside, as long as temperatures are consistent and remain between 65 and 75 degrees Fahrenheit outside it should be fine.

Wherever this plant is grown, it needs to be pruned regularly so that air and light can reach all the way into its bushy structure. And while it will do best with heavy feeding, growers have to be careful as this plant is also slightly susceptible to bud rot.

After giving great attention to this plant during its growth phase, growers will enjoy buds that are so tightly packed and dense they seem nearly like small rocks. And those buds will come in about 7 to 8 weeks of flowering time. When they do arrive, they’ll be covered in so many trichomes they look almost like snow. And growers that want to play around with making hash or other concentrates will find this is a perfect strain to do so with.

And to get that gorgeous purple hue, growers may want to shock the plant with even colder temperatures at the end of their flowering time. Growers should be careful with these temperatures though, as temperature that are too cold can end up hurting the plants.

Stemming from two legendary parents, it’s not surprising that Purple Kush has risen to the same status in a short period of time. The bright leaves and buds of this plant will delight users just before unwinding with the relaxing effects that can take all their cares away.

While once the Purple Kush strain was only available in clone form, those who wish to grow it will be happy to find a few seed banks carry these seeds today. However, it is highly recommended that while growing this plant, they give it the care and attention it needs. This is one strain that novice growers may want to hold off on until they become more comfortable with different setups and giving certain strains, such as this one, the regular maintenance they need.