Everything You Need to Know About the Wedding Cake Strain 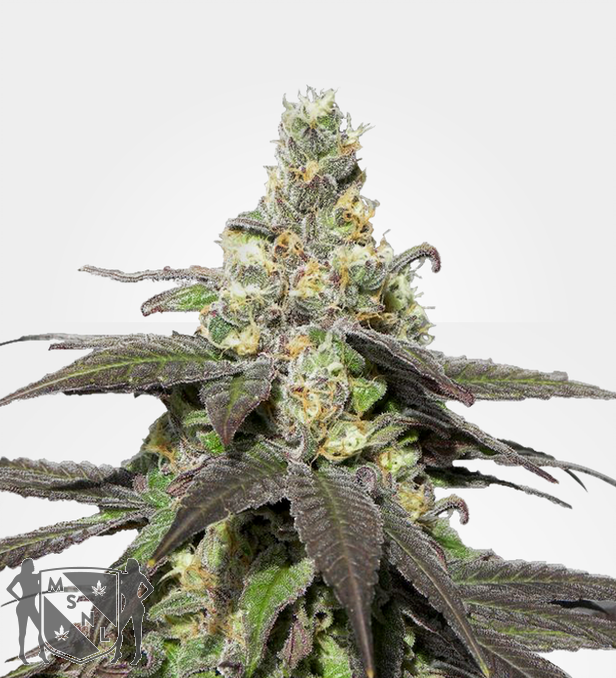 Wedding Cake strain comes from two hybrid parents, bringing perfect balance to any celebration or quiet night in. As its name would suggest, it’s best known for tasting like sweet and sugary wedding cake. This is what its creators originally intended, and it’s just one of the reasons this is such a highly sought-after strain still today.

The History of Wedding Cake

No one really knows what breeder first created Wedding Cake, a strain that goes by many names. Perhaps that’s because they want to keep their secrets about how to grow this somewhat tricky strain closely guarded.

Wedding Cake, also known as Birthday Cake, Marijuana Cake, and Pink Cookies, is a cross between Girl Scout Cookies and Cherry Pie. Its Girl Scout Cookies roots does make it lean towards the indica side of the spectrum. That’s due to the fact that while this strain is only 40 percent sativa, the other 60 percent of it is made up by its indica parentage. However, it is still technically a hybrid strain.

When thinking of actual wedding cake or birthday cake, it’s easy to imagine flavours that are sweet and sugary, reminiscent of cookies and vanilla wafers. All of those flavours are what connoisseurs love about the Wedding Cake strain, too. First, that sticky sweetness hits, like you’ve just had a bite of dessert. Soft vanilla notes then creep in, before the real earthiness of this strain is detected.

These flavours are intentional, and why two such beautifully sweet parents were joined together in the first place. Whether smoked or eaten, the dessert flavour of this strain will truly shine through. That makes it great for adding to baked goods, sweet sauces, custards, and more. Those that prefer to smoke the strain of course, will also get a burst of sweet flavour.

The aromas from this strain perfectly match the taste. Some have stated it smells like cookies, cake, butter, sweetness, and sugar, even just a few days after curing. Although, there is more to this strain than just dessert. After taking a big inhale, one will also smell spices and ginger, a hint of nuttiness, and even a little skunk.

The effects felt after consuming Wedding Cake come on fairly fast for those that smoke it. They are also fairly potent, as this strain has a THC content of a whopping 25 percent. This you’ll be able to notice right away. The buds are covered in potent, white trichomes, foreshadowing what one can expect after consuming.

When the effects first begin, the sativa component of this hybrid will take over, with cerebral effects felt. At this time, thoughts may race and a person may become more aware of their surroundings. During this initial phase of the high, it’s not unusual for people to also become giddy and euphoric.

Those cerebral effects will soon melt into a full body high. Users may feel as though their spine and limbs become heavier, as a warm and pleasant flush rushes through them. Still, that awareness of the surroundings remains. After two or three bowls, a person may find the indica effects take completely over, putting them into full couch lock.

Wedding Cake is also known to be a very effective medicinal strain. Those that suffer from stress, anxiety, and depression may find that this strain allows them to let go and be more present. The strain will push all worries and concerns out of one’s mind, while still allowing them to remain lucid and levelheaded. Due to the fact that it can also help a person hone in on certain tasks, it is also useful for those suffering from attention deficit disorders.

Although technically a hybrid, this is an indica dominant strain. That makes it perfect for anyone that’s suffering from insomnia. Just a few tokes is enough to keep a novice down, while going around for two or three bowl sessions will take out even the most experienced consumer.

A side effect of the Wedding Cake strain is that it can bring on some incredible munchies. This makes it perfect for those struggling from a loss of appetite due to medication, chemotherapy, or sickness.

The biggest negative side effect that comes with Wedding Cake is dry mouth and dry eyes. This is particularly true for those that have smoked it. However, other unpleasant of marijuana, such as dizziness, paranoia, and anxiety, are kept to a minimum with this strain.

Wedding Cake has garnered a reputation for being a particularly tricky strain to grow. This may be in part due to the fact that the original breeders of this strain kept their secrets under lock and key. In fact, until recently, Wedding Cake was not even available in seed form. Those that wanted to cultivate it had to obtain a clipping to grow a clone. Finding those cuttings wasn’t always easy.

Fortunately today, there are some seeds on the market. However, it still takes someone with a deft hand for gardening to attempt to grow this strain.

With the proper experience and know-how, Wedding Cake will grow well indoors and out. It may require a tent with reflective lining and high-density discharge lamps, as it’s proven to do well under these circumstances. It’s important the lights reach all parts of this plant, which can grow quite tall but also have a bushy appearance to them due to their indica roots. Wedding Cake does best in temperatures of approximately 70 degrees Fahrenheit. It also takes very well to humidity, so it’s important to adjust humidifiers and dehumidifiers accordingly. Indoors, the plant will likely flower in as little as eight weeks after flowering has been induced. When grown properly indoors, Wedding Cake will yield approximately sixteen ounces per meter squared.

Those that wish to take their plants outdoors can grow Wedding Cake, too. It still needs temperatures that hover around 70 degrees Fahrenheit, and it still needs a touch of humidity, as well. When grown outside in very rich soil, the strain should be ready for harvest around mid-October. Due to the fact that it needs fairly warm temperatures, and will be outside in the middle of fall, outdoor growing of this strain is really only appropriate for those that live in moderate year-round climate. When properly grown outside, Wedding Cake will yield approximately sixteen ounces per plant.

Although not an easy plant to grow, Wedding Cake does come with some cultivating benefits. This strain has been shown to fight disease and damage quite effectively. In particular it can stand up to weather fluctuations, viruses, spiders, mold, mites, mildew, insects, and bacteria quite well.

The Wedding Cake strain is as delicious as it is elusive. Perfect when used as a dessert smoke, its effects are a perfect combination of its indica and sativa parents. This strain is so good, the original breeders have seemed to want to keep it all for themselves. These seeds though, are starting to appear on the market so, if you’re a grower with a fairly green thumb, scoop them up when you can. Showing up with some of this seemingly unobtainable strain will be a hit with any cannabis connoisseur.

Check out our hottest sales deals by clicking here.