Everything you need to know about White Rhino 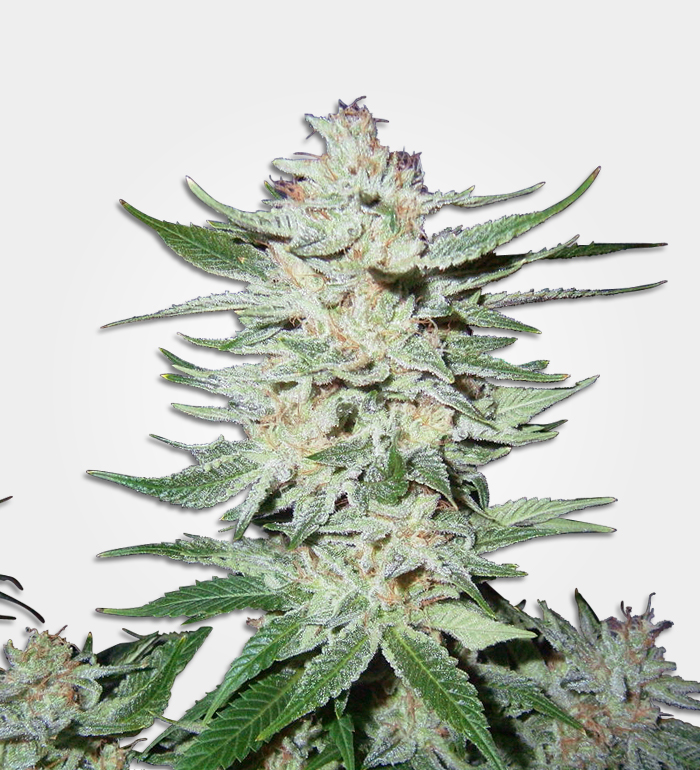 If you want a strain which will trample over any pain or stress you are experiencing, then White Rhino is definitely worth a look.  What’s more it’s very beginner-friendly and offers more experienced growers the chance of enormous yields for only a small investment of time, grow space and effort.

The name, growth pattern and effects all point to White Widow parentage and an unnamed Indica as White Rhino is around 80% Indica. White Rhino isn’t exactly characterised by its subtlety.  It has around 18%-22% THC, which is more than enough to deliver a knockout blow to pain. However, it can take a while before the blow connects, so it’s a good idea to go easy on the dosage until you become more familiar with the strain.  Once White Rhino does get to work, the high is clear, happy and refreshing.  As the high ebbs, you glide gently into that classic, Indica body stone.  White Rhino is known for its numbing effect and we mean that in a good way.  You basically chill out and physical aches and pains will just fall away along with emotional conditions such as stress and, of course, insomnia.

In other words, White Rhino ticks about every box for a strain to use in the evening or at night time.  As always, if you’re going to use White Rhino in bed, please keep safety in mind and either be very careful to put out your joint completely before you go to sleep or use a vaporizer.

The flavour of White Rhino may come as rather a surprise given everything we’ve said so far about its strength.  It’s actually quite sweet and floral, albeit with an earthy base note.  Some people say there are hints of pine.  Its aroma is nicely balanced with the sweeter top notes set against woodiness and earth. Growers will be happy to hear that White Rhino is one of the most robust strains around and is known for its ability to produce huge yields.  Having said that, it still needs some care and attention, so here are the key points you need to know.

White Rhino flowers in about nine weeks indoors and, although it can, in theory, be grown outdoors, the fact that it finishes around the start of October means that it’s really only suitable for outdoor growing in the most southerly parts of Europe.  Having said that, the fact that White Rhino stays reasonably compact (one to two metres) and is amenable to plant training, means that growers further north could split the difference and put White Rhino in a greenhouse to make the most of the available sunlight while giving it protection against the incoming frosts.  Obviously, this only works during the summer months, but White Rhino can offer such huge yields that this may actually be enough to grow all you need for an entire year.  Indoors you can expect up to 500g/m2 and outdoors about 650g/pp.

Instead of growing in the classic Indica, “Christmas tree”, its top comes to resemble a rhino’s horn, hence its name.  White Rhino is a very robust and forgiving, it is fairly tolerant of moisture and has good resistance to both mould and variations in temperature. It is reassuring to know that, if, for some reason, something goes wrong with your best-laid plans, you’re unlikely to see your entire harvest decimated as a result.

Speaking of harvests, White Rhino is known for its resin production, which means that nugs are dense, hard and very sticky.  While this is good news for many reasons, it does mean that realistically, you probably want to forget about trying to break them open with just your hands.  Use a grinder instead.

White Rhino is one of those quietly unassuming strains, which just gets on with its job, doing exactly what a lot of people need it to do and doing it very well indeed.  White Rhino hits the sweet spot offering outstanding yields on compact, robust, plants.

In short, White Rhino may not be the most exciting strain around, but you’d have to look very long and very hard to find a strain which offered better value for the effort needed to grow it.