Everything you need to know about Chemdog 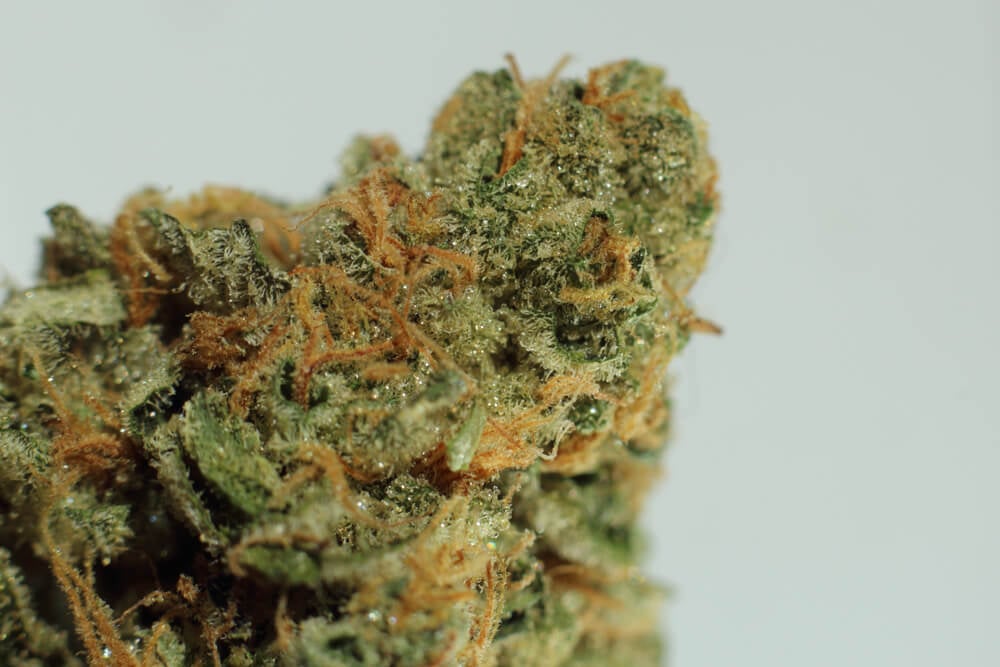 There are mild strains and then there are potent strains; and of the latter, Chemdog is one of the strongest. The Chemdog strain is known as having an extremely high THC level, and for being one of the parents of some of the most famous strains such as Sour Diesel. Due to its potency, it’s thought not to be a great strain for beginners that may not yet have the tolerance needed to stand up to a strain as heavy as Chemdog.

But with all that’s known about Chemdog, there’s still much that’s not entirely clear, at least to some. Most ambiguous of all, the history from which it came.

The history of Chemdog began at a Grateful Dead concert in Noblesville, Indiana. It was here Those experiments included germinating and growing different seeds with his girlfriend at the time, and the different attributes that eventually made up the Chemdog strain come largely from phenotypes and from crossing the strain with different parents. Those parents were Nepalese and Thai.

The mystery surrounding Chemdog even reaches to the strain’s name. Most seed banks, growers, and even breeders today still refer to this strain as Chemdawg. This, despite the fact that Chemdog has come out himself and stated that he named the strain after himself, and so its name is Chemdog.

To add to the mystery, it’s also said that a bit of Chemdog made its way up to New York City. Legend has it that the smokers and growers in NYC didn’t like the name Chemdog and so, they changed the name to NYC Diesel. It’s still thought by many that Chemdog and NYC Diesel are the same thing, but this is not true. It is true that Sour Diesel is a parent of both Chemdog and NYC Diesel. This may be how that particular mystery began.

The other parent of Chemdog is OG Kush, making it a great sativa-dominant hybrid.

Truthfully, no one may ever know the true history behind this legendary strain, but that mystery may be another reason why Chemdog is so popular. However it came to be, and however users choose to spell the name, Chemdog is a strain that was first produced in the early 90s and still remains a favorite among smokers today, largely for its potency.

Being sativa-dominant, these are the effects users will first feel. The cerebral stone will be the first thing people notice, as it takes over the mind and leaves users feeling euphoric and happy, and really get their creative juices flowing. As a sativa, it is known for its mood-boosting qualities and being a generally feel-good strain.

Once the sativa effects start to wear off, the indica from the OG Kush will start to kick in. This is the effect that gives users a body high and will leave them feeling as though they’re slowly melting into the couch.

This hybrid of sativa and indica make Chemdog a great strain for just about every medicinal need. The sativa content will take away stress, pain and depression, while the indica component will help those suffering with a lack of appetite and insomnia.

The stone is known to last for about two hours, which is pretty typical of cannabis strains, but it’s not for the faint of heart. With THC content anywhere from 18 – 26%, this is a very potent high and can easily overwhelm beginner users. In fact, users that aren’t used to the potency Chemdog brings may find themselves quickly becoming anxious and paranoid, thanks to the high THC levels.

It’s no wonder that so many people believe that Chemdog is a result of a Sour Diesel cross, as it’s this is the taste that will first come across on the inhale. It’s sharp, it’s sour, and it’s gassy – just like any good Sour Diesel would be. The exhale lends itself to a more earthy taste with a bit of pine mixed in. The taste is so strong that some users will find themselves craving it, while others may not appreciate it as much.

The smell of Chemdog is just as strong as its taste, and maybe even stronger. You can’t go anywhere with even a small nugget of this strain in your pocket, as everyone will be well aware of what you’re carrying. Chemdog smells just as strongly when it’s being grown, so growers with a need for discreetness will either need to move their crop away from their neighbors, or invest in some equipment for odor control such as carbon filters, also known as carbon scrubbers. Just as Chemdog should not be used by beginners, it also shouldn’t be grown by beginners. This strain is known to be notoriously difficult to grow, which may be why Chemdog needed to perform all those experiments for so many years before getting the potent strain that we know today. Those who do choose to grow it, and end up growing it well, will be rewarded with huge yields.

Chemdog plants will perform best when grown indoors, although the strain will certainly do well outside under the right conditions, as well. Due to its sativa qualities, the plant will grow very tall, which means that it will most likely need some training, such as SCROG or low-stress training, especially in an indoor environment. When Chemdog is grown outside, it will do best in hot and dry Mediterranean conditions.

Another element making this strain particularly difficult for growers is that it’s not very resistant to mould and mildew. This plant holds onto moisture with those tight buds, and this can quickly lead to rot. Chemdog needs good ventilation, humidity control, and proper ventilation in order to combat the issues of mould and mildew.

Although it may be a bit harder to grow than other strains, growers will enjoy large yields of 800 grams per square meter, regardless of where it’s grown. Those yields will be realized quickly, as Chemdog is a plant that’s known to flower in about 7 to 9 weeks. Those who have taken their crop outdoors will get a harvest typically in early October.

Chemdog is certainly a famous strain. It’s famous for having a history that no one can really be too sure about, and for having one of the highest potencies of all strains out there. It’s also known not only for being difficult to grow, but also being difficult to find. While users in California, Indiana and Colorado may not have a problem finding it, mostly due to the fact that Chemdog started its life in these regions, users around the world and in other parts of the States do not have as much luck when trying to track it down.

Of all the things Chemdog is famous for however, its potency is what most people will first think of when this strain comes to mind. Not many strains are advised against for beginners because of their strength, but Chemdog is one of the few that is.