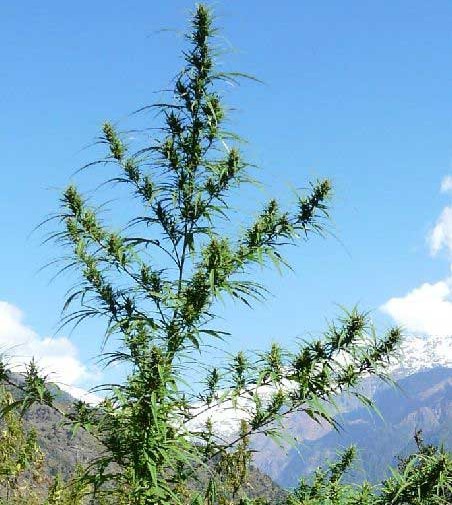 Sativa strains are known for their uplifting and energetic effects. Unlike indicas, which are best for lazing around on the couch while watching Netflix and chilling, sativas are known for the opposite. If you need the motivation to clean your house from top to bottom, run around town on errands, or just want to get into that super creative head space, a sativa is going to help you do it. But what if you want to increase those effects by partaking of some of the most pure sativas available? Those are hard to come by, as most sativas today come from a hybrid marijuana plant that include properties of sativas and indicas. So those looking for super pure sativas have to find a landrace sativa.

What is a landrace sativa?

Landrace strains are strains that have been cultivated in the area of the world that they are indigenous to. These strains develop over a number of centuries in their natural environment, and they are pure. So a landrace sativa is just that - a sativa that has been planted in the region from which they came and that are totally, 100 percent pure. They are not hybrids, and you won’t find any indica traits within them.

A marijuana plant or seed that has been taken from that area and then grown in a different region may still hold some traits of that landrace strain. But as soon as it’s taken out of its natural region, it is no longer a landrace strain. Then it becomes an heirloom strain.

This is great news for anyone looking for a pure sativa, but may still leave them wondering: what are the best landrace sativa strains that are out there?

For those looking for a pure sativa, there’s good news. There are still a handful of these strains left, you just have to know where to find them. Many of these strains are available around the globe. But it’s important for those wishing to try them or enjoy them again to remember that in order to be a true landrace sativa, they must come from the area they are indigenous to. Durban Poison is a strain that originated in South Africa. When Ed Rosenthal harvested seeds from this area and took it back to the United States, its popularity grew exponentially. It’s no wonder why, either. This sativa has typical effects that will bring users a heightened creativity, an ability to focus, and an incredibly uplifting feeling that will leave them happy and content. The taste of this strain is also something it can boast. Keeping true to its landrace sativa roots, it’s earthy and sweet at the same time and has just a little bit of a gassy/chemical kick.

Some of the best marijuana plants come from Jamaica, and this strain certainly proves it. The landrace sativa strain King’s Bread has a delicious taste, and an aroma that brings both skunk undertones and citrus notes. Not only will this make smokers more social, giggly, it will also seriously relax them and even make food taste better. If you don’t have the munchies before smoking King’s Bread, you will at the first aroma or taste of those snacks nearby.

This landrace sativa is also sometimes called Atjeh, and it comes from Indonesia. It’s also known as one of the best sativa strains around. While those who have the privilege to smoke it rave about its aroma and taste that brings both hints of sweetness and fresh earthiness, this strain is so much more. Aceh will make smokers feel a sudden burst of energy, and it won’t go anywhere anytime soon after taking that first toke. Creativity and focus will also be at the forefront, so sit down if you can and get ready for your creative side to be unleashed. Like many landrace strains, this landrace sativa is named after the region from which it came. Grown by the Bedouin people on the Sinai Peninsula in Egypt, this marijuana plant wasn’t first grown for the marijuana it produced at all, but the hash that could be made from it. Like King’s Bread, this strain will make those who enjoy it hungry, but will also give them sharper mental clarity that can take on any task. And while completing that task, users will also feel completely relaxed and happy, just like most strains in this variety.

Colombia has long been known as one of the areas of the world that has some of the very best cannabis. And they’ve proven it once again with Colombian Gold. With this strain, users will only feel happy and uplifted, without a trace of paranoia or anxiety. It’s so effective at quieting those negative thoughts that can sometimes creep into a person’s mind in fact, that it was once used as medication for a number of conditions. Today though, people mostly enjoy it for its citrus-y, skunks smell and of course, the incredible cerebral high it will bring.

All five of these strains have something great to offer, and are a treat for anyone who thinks that all sativa strains are the same. And while all sativas can be great and provide uplifting and happy effects, when buds have come straight off a marijuana plant that is a landrace sativa strain, those effects will be felt like no other sativa has been able to do before.