How will Biden’s federal marijuana legalization affect you? 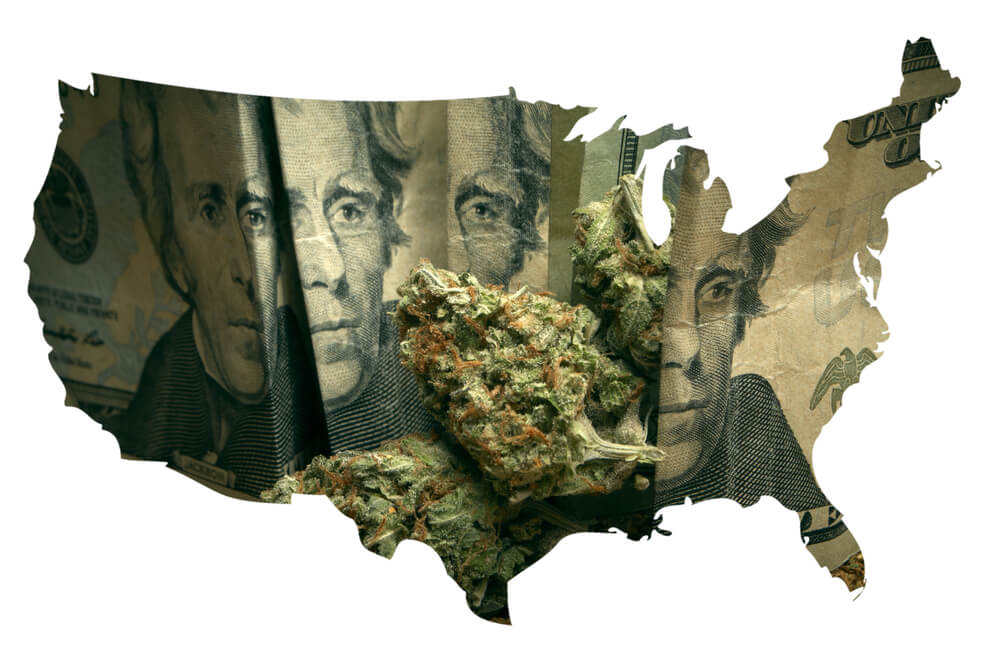 While President Biden ran his campaign on promises of decriminalization and pardoning cannabis convictions, it's no huge surprise that just weeks before the midterms kick-off we are finally seeing some movement on the issue. But what do these changes actually mean for the average citizen of the USA?

It's no huge secret that politicians and lawmakers have a slight habit of promising the world during their campaign run, and then backtracking on certain points once they take office. With President Biden's inauguration taking place at the very start of this year, pundits would have been forgiven for thinking that the cannabis reforms he proudly announced during his campaigning might have taken a backseat to more pressing issues (such as the pandemic, and the economic spiral gripping not only the USA but the world at large).

It wouldn't have been the first time a presidential candidate promised federal-level changes on drug laws only to do a pirouette, that's for sure...

However, it seems that Biden is finally ready to deliver on his campaign promises of cannabis-related issues, and the timing couldn't be more fitting. With midterms only a handful of weeks away we were all expecting to see some movement on certain issues, but last week's announcement took more than a few of us by surprise.

So, what are the proposed changes? And how will these changes affect you? Let's run through exactly what President Biden announced, and break it all down...

Kicking off his statement on the 6th October with "As I often said during my campaign for President, no one should be in jail just for using or possessing marijuana. Sending people to prison for possessing marijuana has upended too many lives and incarcerated people for conduct that many states no longer prohibit", Pres. Biden announced that he would be taking a three-step approach to this new federal cannabis reform.

He continued, "First, I am announcing a pardon of all prior Federal offenses of simple possession of marijuana. I have directed the Attorney General to develop an administrative process for the issuance of certificates of pardon to eligible individuals."

So, what does changing marijuana to schedule 2 actually mean?

Simple possession of marijuana is the conviction recorded when someone is found guilty of possessing a small quantity of cannabis and with no intent to distribute or gain a financial advantage from distributing. The charge must also have zero connection to any violent crime.

Anyone that was found guilty (at the federal level) of simple cannabis possession between 1992 to 2022 will have their sentences pardoned, with estimates that this could affect upwards of 6,500 people. But with there currently being no federal prison detainees serving sentences for only simple marijuana possession, no one is looking at getting any jail time cut right now.

The President did go further, which brings us to his next point. "Second, I am urging all Governors to do the same with regard to state offenses. Just as no one should be in a Federal prison solely due to the possession of marijuana, no one should be in a local jail or state prison for that reason, either."

This is the part of his announcement that has the potential to make the biggest actual changes in the short term. It really depends on how the state governors respond to this call to action. While there are no current federal prisoners with only simple cannabis possession charges, there are plenty locked up in state facilities. Many states that have implemented recreational cannabis reform have gone already down this path, but there are still a bunch of places where a simple few grams of the cheeba could get you thrown directly in jail. Watch this space, as will be keeping on top of any movements by the states to keep you up to date.

The final step that the President announced was "Thirdly, I am asking the Secretary of Health and Human Services and the Attorney General to initiate the administrative process to review expeditiously how marijuana is scheduled under federal law. Federal law currently classifies marijuana in Schedule I of the Controlled Substances Act, the classification meant for the most dangerous substances. This is the same schedule as for heroin and LSD, and even higher than the classification of fentanyl and methamphetamine – the drugs that are driving our overdose epidemic."

What impact could changing cannabis to a schedule 2 drug have?

There are a couple of key changes that may result from the lower scheduling of cannabis.  Schedule 1 drugs are subject to the tightest restrictions in terms of scientific research, and so this move will make it easier for researchers to legally conduct vital research into cannabis. This will lead to a greater understanding of the specific terpenes, cannabinoids, and other compounds contained within cannabis, and all the potential medicinal benefits that the plant has to offer.

It could also exponentially speed up the process for weed to be finally recreationally legalized at the federal level for people over the age of 21 without any need for a prescription, and would possibly open a much simpler pathway for banking institutions to give credit to cannabis-related businesses such as dispensaries and seed banks.

This is a massive and long-awaited step forward in weed reform, but while this announcement is a great start, let's wait and see exactly what the outcomes may be in the coming months.

How Many People Did Biden Pardon?

While it's not exactly straightforward to calculate the exact number of people that last week's decision will directly impact, the current estimates put the figure at around 6,500. Hopefully states will follow suit, and this number will increase over the coming months.

While there has been no official announcement on who exactly made the decision, yes - at least five white house employees (and possibly more than two dozen) have been “asked to resign” or moved to remote work positions due to the fact that they admitted past marijuana use in security clearance background checks.

According to unnamed sources, these staffers were ‘unofficially’ told before the clearance checks that past cannabis use would not disqualify them from working within the white house staff team, but were subsequently moved on or asked to resign. More than one of the affected staffers said that they had only smoked in legal states and cities, and never while on the job, but this seemed to make no difference to the outcome.

Are Biden's Marijuana Reforms Just A Ploy To Save Midterm Elections?

Without being inside Biden's team, it's almost impossible to know exactly why he decided on this exact timing to make the policy changes. For the vast majority of his political career, the President has had a firmly tough stance on crime and drug enforcement in particular. Not surprising really, as he has been a high-standing politician for longer than many of us have been more than a twinkle in our parent's eyes, and throughout the “war-on-drugs” era - but there has been a marked shift in recent years.

He helped spearhead laws that stopped the disparity in sentences between sentencing for powder and “crack” cocaine. These laws ensured much harsher penalties for people caught with crack, which just happened to be largely people from the African-American and Hispanic communities - while offenders caught with the powder form of cocaine were more often white.

I guess the question to ask is - Will these changes see a huge shift in the midterm results?

The answer is probably not, but they may help him align with more progressive politics that could very well dominate the federal elections in just two years' time.