Are Edibles a more effective way of consuming Marijuana? 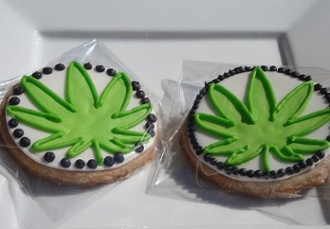 For many years, smoking has been the most common way of consuming marijuana and it probably still is, but over recent years vaping and edibles have both been gaining ground.  While vaping works similarly to smoking, edible marijuana is a very different proposition.  The question then becomes, which is better smoking and vaping or edibles and the answer is generally “it depends”.

What are the pros of eating marijuana?

In terms of simplicity, smoking and vaping clearly have the edge, assuming you are preparing everything from scratch

yourself.  If you live near a dispensary, you will probably be able to buy ready-made edibles and if not you can order online, but of course that does limit you to what they offer, although the range of ready-made edibles is already pretty extensive and getting bigger.  On the other hand, some people dislike the feeling of smoking or vaping, smoking in particular can trigger coughs and sore throats.  Arguably, however, the single, most obvious difference between smoking and vaping and edibles is the smell or lack thereof.  You may love the aroma of your favourite strain, but if you don’t or if you want or need to use marijuana outside of private spaces (such as for daytime pain relief), then the odour-free nature of edibles has obvious advantages.  Even in the home, the smell of marijuana smoke can get overwhelming, for example, if you want to enjoy it with friends, in which case, again, there’s a lot to be said for edibles.  One last bonus, for those who grow their own weed, is that edibles can be a great way to salvage defective buds, so even if you generally prefer smoking or vaping, edibles can help make the most of your harvest.  Finally there is the fact that using edibles completely eliminates the fire hazard associated with smoking.

What are the real benefits of eating marijuana: Medical VS Recreational.

Smoking heats marijuana to about 800ºC/900ºC, vaping tends to use a much lower temperature (typically around 190°C-235°C), but the weed used in edibles tends to be cooked at a temperature of around 150°C.  The lower the temperature used to heat/cook any food product, the closer it remains to its natural state and the more of its beneficial goodness it retains.  This is the first advantage that edibles have over smoking and vaping. The second is to do with how the body processes the relevant organic compounds.  When you smoke or vape, the weed enters the body with the oxygen we need and is immediately taken into the lungs, which promptly move it into the bloodstream and send it straight to the heart.  When you consume marijuana edibles, the body identifies the marijuana as a food and takes it to your liver, where it is processed more slowly (how slowly depends on the nature of the food with which it is consumed) before it is released gradually into the bloodstream and again transported around the body.  Hence the speed with which the marijuana takes effect is one of the big differences between smoking and vaping and using edibles. 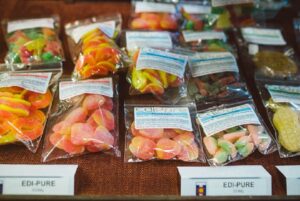 The other is how the body turns the marijuana it consumes into a usable substance.  When marijuana is processed by the lungs, THCA is converted into Delta-9THC, whereas when it is processed by the liver it is converted into a combination of both Delta9-THC and 11-OH-THC, the latter of which is a much stronger compound.  This means that the same amount of weed you would use in smoking will produce a more powerful and longer-lasting high or that you can achieve your usual high with a much smaller amount of weed, making edibles a more economical approach.  For medical users, the cost-effectiveness of this approach is enough to recommend it in and of itself and indeed research shows that medical users prefer edibles and vaporising over smoking. Recreational users, however, may see the situation differently.  In a sense, it may come down to your definition of recreational.  Some people use marijuana for mental stimulation and focus, for example, people in creative professions.  Technically this is recreational use, but if such users make frequent use of marijuana, then they may consider it to be worth their while to learn about edibles (good dispensaries are great sources of advice) and to take the more affordable approach to using marijuana.  On the other hand, purely recreational users, who just have the odd joint, may well prefer to stick with smoking or perhaps move to vaping rather than edibles.

What are the risks in involved in edibles increasing popularity?

The first risk of edibles is based on the fact that THC is lipophilic, in other words, it will only dissolve in a fatty substance rather than water.  Obviously our bodies do need some fat, but those who cannot or do not take regular exercise, it’s easy to take too much.  Similarly, commonplace edibles such as chocolate and sweets are foods best eaten in moderation and the same comments can apply to some savouries, for example the marijuana pizza now being 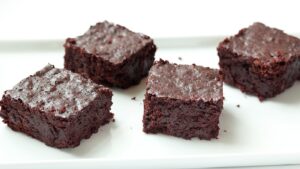 sold in dispensaries in Massachusetts.  It’s also important to note that it can be much more of a challenge to dose correctly when using edibles, partly since it can be so hard to know how much THC is in pre-made edibles (or even home-made edibles) and partly since we all have different metabolisms.  There has been a new technique developed to address the first issue and it is hoped that this will be rolled out in manufacturing plants and dispensaries quickly, although it is an open question when, or even if, it will be feasible for home use.

How will dispensaries avoid targeting children?

Whenever anyone raises the topic of legalised marijuana, even for medical purposes, it’s pretty much guaranteed that someone will raise the objection that it will encourage children to take up the habit.  While research suggests this idea is real but often overstated, in the case of edibles, particularly sweet edibles, they may have a point, since younger adults may lack the understanding of medical marijuana to realise just what a powerful punch some edibles can pack.  This, however, is arguably a reason to clamp down on aggressive marketing of some forms of edibles (as is happening in California), rather than a reason to act against edibles in general.