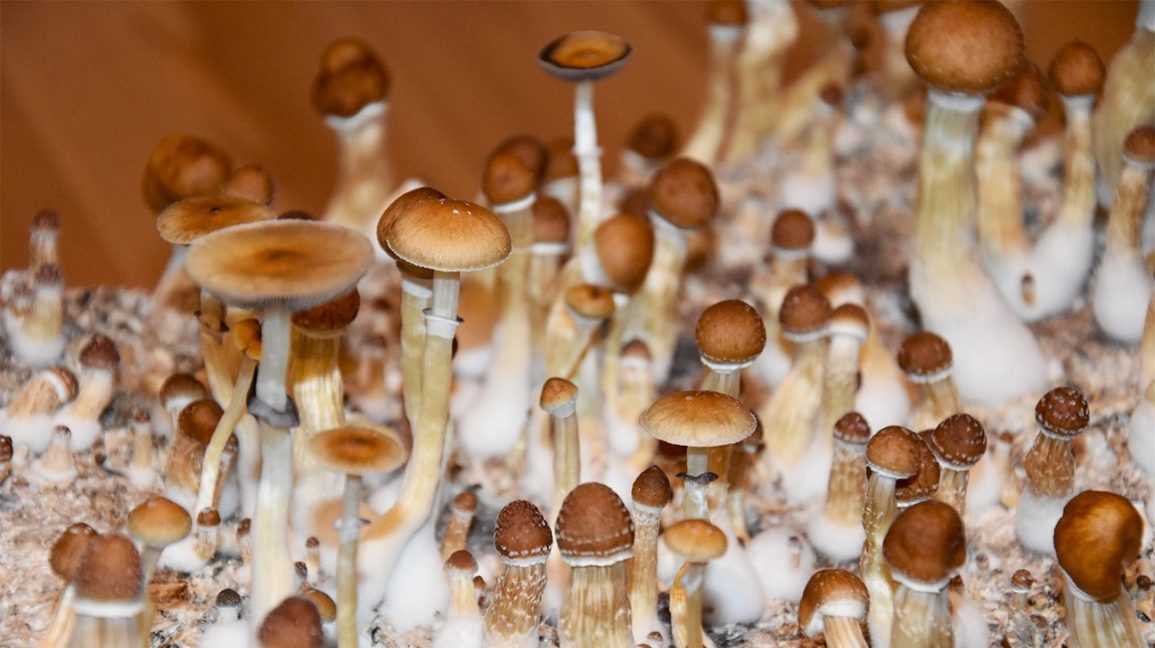 Psilocybin mushrooms, more commonly known as ‘magic mushrooms’ are a type of fungi that contains psychedelic properties. Today, many people use these mushrooms to transform their mind and become high. Historically, it’s thought they were used in religious rites and ceremonies.

What You Will Need

There are two ways to grow magic mushrooms. You can use a psilocybin grow kit, or you can grow them from scratch. This latter option is known as using the PF Tek method. The equipment you’ll need will depend on the type of grow method you use.

If you use a grow kit, all you’ll likely need is what comes with the kit. The kit will also contain instructions on how to do it. Both of these things are very unique to the specific kit you’ll buy. As such, here we’ll focus on how to grow magic mushrooms using the PF Tek method. To do this, you will need:

The ingredients you’ll need include:

How to Grow Magic Mushrooms

Once you’ve collected the necessary items, you’re then ready to start growing your magic mushrooms. The good news is it can be done in just a few steps.

1.) Disinfect the jars by wiping them with alcohol. Using the hammer and nail, hammer a hole in each corner of the lid. You should have two on the top and two on the bottom.

2.) Prepare the substrate. Combine 2/3 cup of vermiculite with 1/4 cup of water in a mixing bowl. Using the alcohol again, disinfect the strainer. Then, pour the substrate mixture through, draining the excess water.

3.) Place three cups of brown rice flour into the vermiculite. Then, fill the jars until the mixture fills the jar to within half an inch of the rim. Sterilise the top portion of the jar with more alcohol. Do not pack the jar too tightly. Sprinkle more dry vermiculite on top of the mixture in each jar.

4.) Place the lids on the jars tightly, then cover with aluminium foil. Tightly pack the foil around the lid, as this will prevent condensation from getting into the jar.

5.) Place a towel into the pot and gently place jars on top.

6.) Add the tap water until it’s about halfway up the sides of the jars. Bring to a slow boil, making sure the jars stay upright. Place on the tight-fitting lid and steam the jars for 75 to 90 minutes. This is further sterilising the jars. Once the steaming is finished, leave the jars in the pot for two to three hours.

7.) Sanitize and prepare the syringe. Use a lighter to heat the syringe needle until it’s extremely hot. Let it cool then wipe with alcohol, and do not touch it with your hands.

8.) Pull the plunger on the syringe back and shake it to evenly distribute the spores. Carefully remove the foil from the jars.

9.) Insert the syringe into one of the holes in the lid as far as it will go. Inject about 1/4 cc of the solution in the syringe into the side of the jar. Do not inject it directly into the substrate. Do this with each hole, making sure you wipe the needle with alcohol after each time.

10.) Cover the holes with microspore tape. Set the jar aside.

11.) Now your jars are inoculated. Place them somewhere clean and out of the way. Keep the jars at room temperature, but do not place them directly in sunlight. After two weeks you should see white, fluffy-looking mycelium appear. If you notice any strange colours or smells, throw the jars out. It may contain contaminants that are deadly.

12.) Within four weeks you should have at least six jars that are still growing magic mushrooms properly. However, the jars still need another seven days to strengthen the mycelium’s hold on the substrate.

13.) Next, you need to prepare the plastic storage container. Drilling from the inside out, drill 1/4-inch holes approximately two inches apart throughout an entire side of the box.

14.) Place the box on four stable objects to allow for air flow underneath. Place newspapers or other coverings under the box to protect it from any moisture that leaks out.

15.) Place perlite into a strainer and rinse with cold tap water until it’s fully soaked. Spread it over the base of your container. Repeat this step until the perlite is four or five inches deep.

16.) Open the jars and remove the dry vermiculite layer. This will produce small white cakes. If they don’t want to slide right out, tap the jar lightly so the cake comes out onto a disinfected surface.

17.) Rinse the cakes and place them in another  plastic container filled with water. Place another container or lid on top to keep the cakes submerged. Leave the cakes for 24 hours so they can rehydrate.

18.) Roll the cakes in vermiculite. Roll them evenly to coat, so they keep in the moisture.

19.) Making sure the foil does not contain the perlite, cut one piece for each cake. Place one cake on top of each piece of foil, and place them in the container with the holes in the side. Make sure they are evenly spaced.

20.) Using the spray bottle, lightly mist the cakes, then fan with the lid and close the container. Do this about four times a day to maintain proper humidity. However, make sure the cakes are not soaked with water. Fan the lid about six times a day to increase airflow.

22.) Using a dehydrator, dry the mushrooms. If you leave them as they are now, they will likely spoil within a few days, as they still contain moisture. 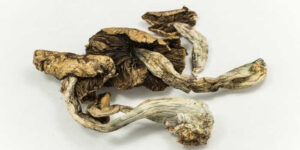 Once you’ve gone through all this trouble, you want to make sure you store your magic mushrooms properly so they retain their potency.

How to Store Magic Mushrooms

1.) Place the magic mushrooms and truffles on unbleached paper towels. This will absorb moisture, so your mushrooms don’t.

2.) Slip the mushrooms, and the paper towel, into a large freezer bag.

3.) Place in your fridge and make sure the temperature remains between two and four degrees Celsius.

Mushrooms can be stored this way for up to one month. If you need to store yours for longer, vacuum seal them and keep in the fridge.

What is a spore syringe?

A spore syringe contains millions of quality mushroom spores. The spores float in a sterile solution until they are used to inoculate the substrate.

How long does it take to grow magic mushrooms at home?

The time it will take to grow your magic mushrooms will vary depending on a number of factors. Generally speaking, it should take about two months.

When should magic mushrooms be harvested?

The best time to harvest your mushrooms is when the cap has not yet fully opened. You should still see a nice, round head.

What are the most common types of Psilocybin mushrooms?

The most common types of magic mushrooms include:

Growing your own magic mushrooms certainly isn’t easy. However, it can be done and once you get it right, you can grow crop after crop.