How to Boost Flavour in Your Marijuana Plants? 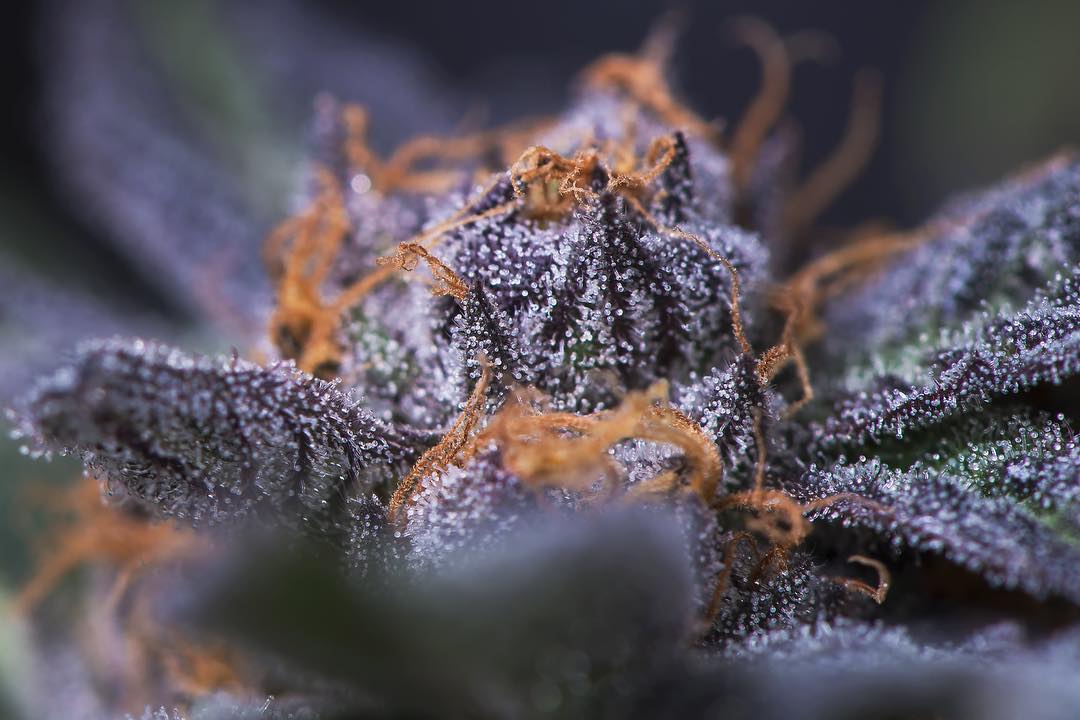 You’ve seen it, or even done it, before. You walk into a dispensary and to help you choose a strain, you open a jar and shove your nose inside. Or, you’re handed a bag and again, you open it and can’t wait to get a whiff. People do this because they want to see how potent a certain strain is just by its smell. That will also tell them a lot about how the marijuana tastes. Clearly, smell and taste are an important part of the end product for growers. So how can you boost the flavour in your own marijuana plants? The names of these strains will tell you exactly what you can expect from the final taste of the buds. Of course, there are many more strains named after the flavour you can expect from them. A quick Google search can help determine what strains will bring certain tastes, and many seed banks will also have an area where you can search for specific strains based on the aromas and tastes you’re looking for.

When honing in on a strain’s aroma and flavour and trying to enhance both, it’s important to focus on terpenes and terpenoids. These are the tiny molecules of essential oils that produce the scent and taste of marijuana. Terpenes and terpenoids are present in other plants as well. Any strong-smelling plant, such as lavender, pine, citrus, and even celery all have different terpenes that cause certain plants to smell and taste a certain way. The same is true for marijuana.

Growers don’t have to rely strictly on the terpenes and terpenoids already found within a strain, though. There are ways to increase these so that a crop has a desirable flavour. All of these methods involve stressing the plant just enough to increase those taste molecules, without damaging the plant. The best time to try these methods is when the plant is in the middle, or at the end, of its flowering time.

The first method is with low-stress training (LST). Many growers have their plants set up in an LST system from the time they start to sprout. However, it can be done even when the plant is nearing harvest time. To do it, the stems simply have to be bent ever so slightly, without applying too much pressure. While bending the stems, it’s important to touch only the stems and not the actual buds. Handling the buds too much can adversely affect the taste and actually detract from it.

Some growers also prefer to stress the plant out at the root. This can be done by lowering the amount of water the roots, and therefore the entire plant, receives. Drying the roots out too much though, can negatively affect the potency, taste, and look of the buds. For this reason, growers need to be very careful when testing this method.

Those that are growing outdoors may be more successful when trying to improve the taste of their buds. Soil is generally thought to produce more terpenes and terpenoids than other setups, such as hydroponic systems.

In addition, when plants grown in soil are also grown outdoors, that can also increase the taste of buds. This is because providing as much light as possible during the flowering stage can also have a beneficial impact on the taste of buds. Terpenes and terpenoids increase when plants are given more light. Those that grow marijuana indoors can mimic this affect by simply providing more lights to the plants. LED lights are thought to be the best, as they cover a broader spectrum of colors. This can also have a beneficial effect on the terpenes and terpenoids. LED lights are also the next best thing when plants can’t be placed in direct sunlight.

As already stated, plants grown in soil are more likely to have increased aroma and taste. However, not all soil is created equally. To get the best smell and flavour, living soil, also called super soil, will help growers achieve maximum results.

Living soil is soil that has a huge network of microorganisms. This soil is similar to the soil that would be found in nature. The difference is that it’s supplemented with nutrients that will enhance the taste and smell of the marijuana. The microorganisms in the soil also break down to feed additional nutrients to the soil, and eventually to the plant.

Other nutrients and fertilizers can also be added to the soil. Blackstrap molasses for example, can be used during the last few weeks of flowering. This also has carbohydrates, amino acids, and minerals that will also contribute to a plant’s aroma and taste. Kelp, bone meal, and worm castings are also thought to be popular natural supplements that can be added to the soil and will break down over time.

Chemical fertilizers are also commercially available that can help add certain smells and tastes to buds. These aren’t right for all growers however, particularly those that are trying to grow all-natural or organic marijuana. Knowing when to harvest is just as important when trying to bring out the flavour of marijuana. The terpenes in marijuana are extremely delicate, and they take time to develop. When buds are harvested too early, those terpenes will not have fully develop and build up. If harvesting is left too late however, those same terpenes will break down and degrade. This will take away from the taste and smell of the buds.

In order to know when the right time is to harvest, growers should use a magnifying glass to inspect the trichomes. These are the tiny teardrop-shaped crystals that cover the buds. Typically the best time to harvest is when the trichomes are mostly milky, with about 30 percent of them appearing amber.

Many expert growers agree that when trying to improve the flavour of buds, drying and curing are the two most important steps.

While drying, it’s important to do so slowly. When buds are dried too quickly, they can take on a smell that won’t disappear even after the buds have been cured. The temperature while drying should be around 70 degrees Fahrenheit. This will help keep the terpenes from burning off, but will also help prevent mold from forming. This temperature will also help the buds dry slowly.

Maintaining humidity levels of around 50 percent will also help the buds dry slowly. If that level drops below 40 percent, there’s a good chance the buds will dry out too quickly. When humidity increases to over 60 percent though, it can increase the chances of mold.

A good indication that buds have dried properly is when their stems snap off rather than bend. They also won’t leave a lot of strings behind after being snapped. At this point, the buds can then be properly cured. 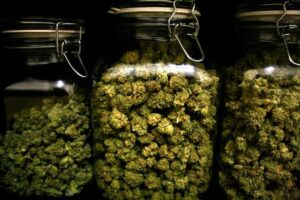 Drying is important when it comes to keeping the flavour packed into buds. Curing though, is even more important. This is when the aroma and taste of the buds will truly increase and intensify. To do it properly, start by placing newly dried buds into mason jars. Jars should be filled to about 80 percent of their capacity, and then tightly  closed.

Humidity can wreak havoc on curing buds as well. For this reason, growers should open the jars for a few minutes a day to release that moisture and ensure it does not negatively affect the buds. After two to four weeks, you’ll find that the smell has grown more potent, which means the taste will have as well.

Just as there are a number of things you can do right with your marijuana to increase taste and smell, there are also a number of common mistakes made. These can adversely affect the aroma and flavour of the weed. These mistakes include:

It may seem as though there’s no way to increase the flavour or smell of marijuana. Fortunately, there are lots of ways to increase these intoxicating aspects of any marijuana plant. Using these tips will allow you to get the best-tasting, most aromatic marijuana that will impress you, and anyone that happens upon it.