How to make Marijuana-infused Banana Bread 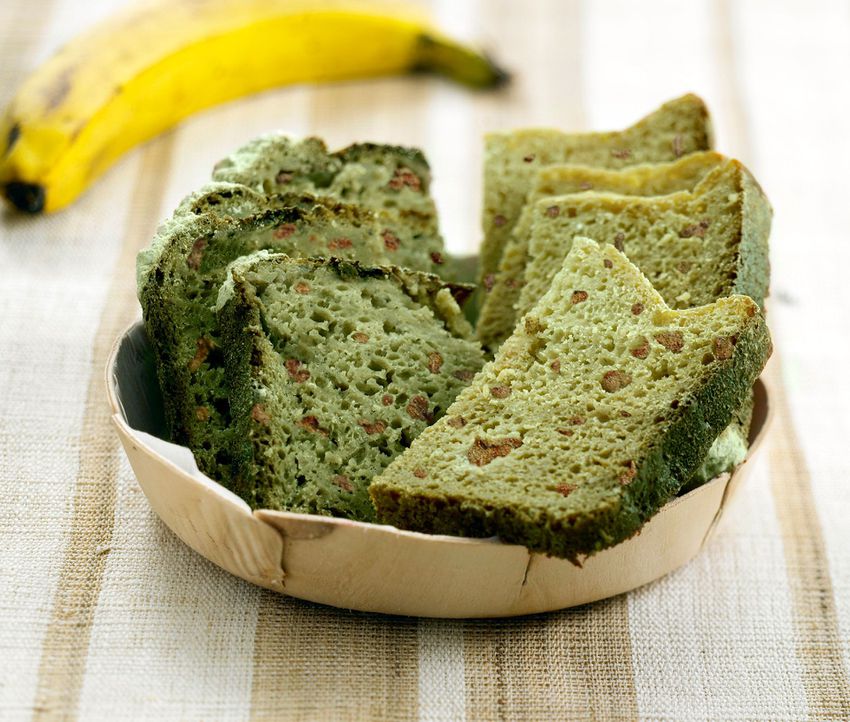 Marijuana edibles may be the next big step forward in the future of medical marijuana.  Up until now, marijuana edibles have been something of a niche market but with laws changing, its about to take off and there are plenty of weed recipes to enjoy.

The key to most weed recipes is cannabutter (occasionally called marijuana butter), which is essentially marijuana-infused butter.  Some weed recipes use other forms of fat, for example at this time coconut oil is very popular due to the fact that it has many beneficial properties of its own so there are quite a few weed recipes which use it as the main source of fat.  There does, however, have to be some form of fat in the recipe as marijuana is lipo solvent, which means it dissolves in fat, but not in liquid.

To get you started, we have a one of the best weed recipes out there, healthy and delicious banana bread. 150 ml milk (approximately, if you add extra sugar you may need a bit more)

First up there’s the cannabutter itself, which has the marijuana goodness you need.  Cannabutter is really easy to make and the best (read simplest) approach is to make it in moderately large quantities and then just use it as you need it.  It will store in the fridge or freezer.  If you’re planning on freezing it, we suggest cutting it into portions first, so you can defrost it in batches as and when you need it, plus remember to protect it against freezer burn by wrapping it properly (or putting it in an air-tight container.

The basics of cannabutter

The amount of cannabis flower suggested is just a guideline, feel free to use less.  In principle you can use more, but we’d suggest that you only use more once you’ve had some practice in making and using cannabutter and are sure of what you need.

Add the ingredients to a pot or slow cooker, let the butter melt and the mixture come to a low simmer.  Give it a stir to combine all the ingredients well and leave to simmer for at least 2 hours, longer is better, as in up to 24 hours (which is why slow cookers can be so useful).  Never let the mixture get above a simmer. Strain the liquid through a muslin (or similar) into a glass container, you might want to put a metal spoon or similar into the container first to absorb some of the heat.  Squeeze the plant residue as hard as you can to get out all the liquid.  Chill until the butter reforms and you can literally lift it out of the water.

NB: Always let cannabutter soften at room temperature or over a gentle heat, never pop it in the microwave.

If you are a vegan, you can make marijuana-infused plant oil in a similar way.  There are lots of recipes on the net.  For this banana bread recipe, coconut oil would be delicious, but everyday sunflower oil would also work and would cost less.

Now you have your cannabutter, the rest of the ingredients for your banana bread should be easy to find.

Cream together the butter and sugar, then add the eggs and mashed bananas.  Mix the milk and vinegar together in one cup and sift the flour and baking soda in a bowl.  When they are both ready, add them to the other ingredients and mix well.  Your banana bread mixture should turn into a smooth paste, if it seems a bit too dry, then add a bit more milk and if you go overboard on the milk just add a bit more flour. Spread the banana bread mixture evenly into a loaf tin, we’d suggest 22cm by 12cm.  The key point here is that you really need to make sure to spread the mixture as evenly as you can so that the whole loaf needs the same cooking time and temperature, otherwise you’ll end up with part of your loaf cooked while the other part is still underdone.

The loaf will take about an hour to cook, however, again this is give or take and all ovens are individual.  In other words, after about 45 minutes, keep checking on it occasionally and test it by putting a skewer through the middle.  When it comes out clean, your banana bread loaf is ready.

Bananas are everyday superfoods on their own.  They’re packed with complex carbohydrates and potassium so they can really boost your energy levels (which is why you see tennis players munching on them between games) so this is great breakfast food, add peanut butter for extra protein (and more complex carbohydrates) and if you want full-on luxury, then feel free to put some chocolate spread on top.  Alternatively take a more sensible approach and just eat this banana bread plain (or with butter or spread) whenever your energy levels need a boost, such as during the long spell between breakfast and lunch.