Is Vaporising marijuana better than smoking it? 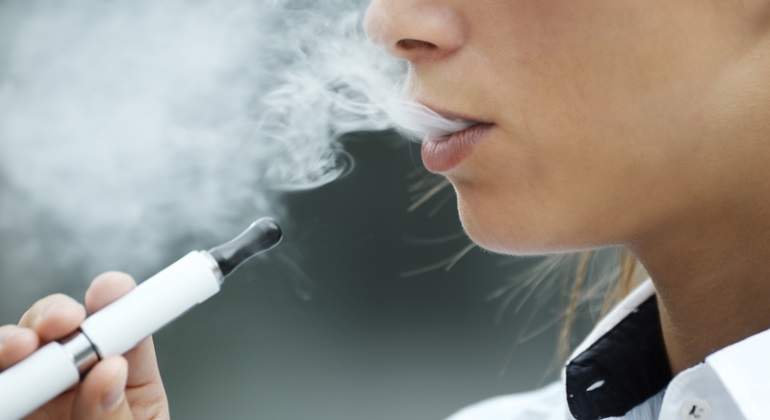 You’ve probably noticed that traditional tobacco cigarettes are losing ground to vaporizers. In a similar way, the old custom of smoking marijuana has been starting to give way to vaporising.

The basic idea behind vaporising is that the marijuana is lightly heated so that it releases its essential oils in the form of vapour, rather than being literally burned to create smoke. This means that the whole experience is fundamentally purer and cleaner since it eliminates all the damaging by products associated with smoke (like the tar which clogs up your airways and carcinogenic substances). Given that many people use marijuana to aid medical conditions, there is a clear and obvious benefit in reducing the slight medical downside of cannabis. While this is all true, there is one point which needs to be clearly understood about vaporising.

The experience of vaporising marijuana is only as good as the vaporizer you use. Since vaporizers are treated as 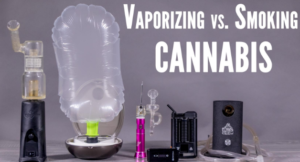 consumer devices rather than medical devices, they are outside the scope of any sort of regulation and hence their quality is variable to put it mildly. With that in mind, be prepared to do your research before parting with your money and be realistic about the fact that quality vaporizers are typically far more expensive than their lower-grade counterparts. If you’re looking to keep your costs down, you will probably find yourself far better served by heading to the pre-loved market and picked up a previous-generation model from a reputable brand than going for a cheaper vaporizer. You can always buy a new mouthpiece. Speaking of mouthpieces, the quality of this part of a vaporizer is crucial to your vaporising pleasure. High-quality vaporizers have mouthpieces which are designed both to stop the heat of the vaporizer from burning your lips and to convey the flavour at its purest. This is probably the single biggest difference between vaporizers which are worth the money and vaporizers which aren’t.

The benefits of vaporising marijuana?

Assuming you opt for a high-quality vaporizer, there’s a lot to be said for vaporising cannabis. In addition to their health benefits, they have a couple of significant, practical advantages. The first of these is that the use of an electric heating coil rather than a naked flame is an obvious plus from the point of view of safety, particularly for those who want to use cannabis to treat insomnia and may wish to smoke in bed. The second is that the fact that vaporizers are commonly associated with tobacco means that they are the option of choice for people who want to use marijuana discretely. By this point in time, many smokers have grasped the fact that non smokers often dislike the smell of tobacco and hence there are eliquids in all kinds of flavours, including actually marijuana. This means that by this point, it’s difficult to impossible to tell who’s smoking nicotine liquids and who’s smoking marijuana.

Cannabis connoisseurs may appreciate the fact that vaporizers can offer maximum purity of flavour as well as delivering the beneficial cannabinoids in a way which is easily absorbed by the body, hence you can get your THC hit more quickly. You also have scope to experiment with using cannabis in combination with other beneficial herbs.

On the other hand, at the end of the day, vaporizers are electronic gadgets, with all that implies. To begin with, you need to learn how to use them properly. We’ll talk more about that in a bit. You also need to keep them clean as a dirty vaporizer loses its effectiveness very quickly. You also need to keep them charged, since a vaporizer with a flat battery is literally useless. If remembering to charge gadgets has never been your strong point, there are some vaporizers available with removable batteries and there’s always the option of carrying a power bank, but essentially you need to do whatever it takes to make sure your vaporizer can always power on when you need it to.

How to vaporise marijuana 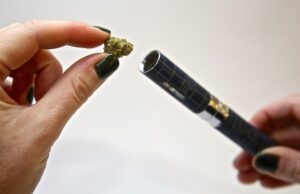 Your vaporizer will come with instructions (if you buy a pre-loved one without them, you’ll probably find them on the net). The basic idea behind them, however, is much the same regardless of what model you buy. You fill a chamber with marijuana and select your desired temperature. A heating element heats up that temperature, thereby causing the marijuana to release its goodness, which you then inhale, in the form of vapour, via a mouthpiece. What you really need to understand, therefore, is the importance of temperature. Let’s give you the short explanation first. If in doubt, set your vaporizer to 185°C. This is the optimum temperature for extracting maximum goodness from your precious cannabis.

If you’re in the mood to experiment a little without getting too deep into the science, then try out a range of between 180°C and 210°C. Temperatures in the region of 185°C to 190°C tend to produce a balanced high, go lower and the high tends to be more cerebral, higher and you tend to get more of a body high. If you really want to dig deep into the science, then you need to do a quick internet search on "cannabinoid boiling points". These are the temperatures on or above which cannabinoids will evaporate, releasing their medical goodness. To get you started, for THC it’s 157°C and for CBD it’s 160°C to 180°C. This, however, assumes that your marijuana is in perfect condition, i.e. neither dried out nor super moist. Dry cannabis can still work very well in a vaporizer, but it’s a very good idea to follow the old adage of start low and go slow with the temperature as it is very easy to burn marijuana which is already overly dry. By contrast, if you’re cannabis is fresh and full of moisture, you may wish to put it on a low temperature (around 138 – 148 °C) for a while to dry it out a bit before you start using it properly.