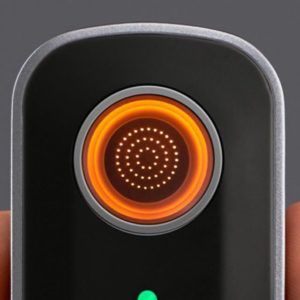 Vaporizing, or vaping as it’s more commonly known, can be a great way to enjoy your cannabis, whether it’s in the form of herb or oil. Vaping can give you all of the taste with little smell, and less damage done to your lungs. With handheld vaporizers, you can even vape on the go. But the market is flooded with vaporizers. How can you tell which one is going to work best for you? You can start by checking out this review of the top three market leaders.

The Pax 3 consists largely of an “oven,” or the space where you put your marijuana, and a raised or flat mouthpiece. The Pax 3 has improved on the Pax 2 in the way that the oven has a deeper lid that lightly compresses on the herb inside. This has the same effect as packing the oven for maximum vapor, but without needing to use as much herb inside.

The Pax 3 also has several different modes, such as the party mode, which reduces the heat emitted. This lets multiple people vape at the same time without anything getting too hot. But each mode is achieved through turning the entire device, which can be tricky.

That being said, the Pax 3 is one of the biggest selling vaporizers on the market for a reason. It has a super sleek design making it extra discreet, which is an added bonus when you’re talking it around with you. It also produces great vapor, and heats up quickly so there’s not a lot of wait time – also something that will work in your favour when you need to vape quickly and quietly. The Crafty is made by Storz & Bickel, the same people that made The Volcano, the golden standard of desktop vaporizers. Like The Volcano, the Crafty is very easy to use. It’s entirely black and covered in ridges, which helps heat escape so the device doesn’t get too hot. The top of the unit swivels out to reveal the chamber, which is where you can place dry flowers or hash oil. Swivel it back, click the unit’s only button to start it up, and you’ll be vaping in seconds.

One of the best things about the Crafty is that it retains the flavor of marijuana very well, which indicates that it has proper temperature control, and that the herb isn’t being degraded. It can be charged via USB port, which is very convenient, and any toker will get great clouds of vapor from it.

While the Crafty might sound too good to be true, for some consumers it might be. The biggest downside to this device is the surprising number of defective units that have been sold and returned to the manufacturers. Storz & Bickel is doing what they can to combat this, giving every consumer another 2-year warranty after another unit or repaired heat generator is shipped. For those that don’t find trouble with the device, the additional features such as smartphone software, stainless steel mesh pads for vaping hash oil, grinder-like filling helper, and replacement O-rings, it can be worth the gamble for serious vapers.

The Firefly 2 is a great improvement on the original, with a lighter weight and more simplified user interface. To use, the glass chamber simply has to be exposed by sliding the side of the device. After herb has been packed inside (or hash oil, via the cotton pads that are included), the side is slid back into place and the user just has to touch the two ends. This is most easily done by using the thumb and an opposing finger, and the ends just need to be touched, not pressed. It takes some getting used to, and is the same technology used in touch screens, but it definitely makes it much easier for the user.

In addition to user-friendliness, the Firefly 2 also takes just about 5 seconds to heat up, and that’s largely due to the holes drilled into the bottom of the chamber. There are 55 in this version compared to the 6 that were featured on the original. This is beneficial because the more quickly the air can be passed through, the less it will damage the herb inside the chamber.

The Firefly 2 is a huge improvement on the original Firefly, and there’s almost nothing bad that can be said about this handheld vaporizer. However, with these kinds of features and ease of use comes a huge price, and the Firefly 2 is definitely one of the most expensive vaporizers on the market. For those who can afford it, it will be well worth it.

No vaper can go wrong with any 3 of these vaporizers. They are after all, the biggest-selling vaporizers on the market for a reason. Ultimately, it will come down to what vapers are looking for in their portable devices, and the budget that suits them best.