What are the benefits of consuming raw cannabis?

Cannabis has been used for over 2,000 years to treat different health conditions and ailments and using the plant for its medicinal properties isn’t going to slow down any time soon. In fact more and more people are turning to cannabis to resolve their health issues, and they’re not just smoking it. While many turn to pipes, bongs, or even old fashioned joints to get relief, there are so many more options becoming more popular today such as vaping and using concentrates. But along with these methods of cannabis consumption, eating raw cannabis is also starting to have a light shone on it. Eating raw cannabis can supply the body with essential amino acids that help fight disease in addition to bringing a host of other health benefits. Plus, because raw cannabis has no psychoactive components, it doesn’t get people high, making it great for people who are seeking those health benefits only.

Many people are familiar with the two main compounds of cannabis – THC and CBD. While CBD will bring very little high, THC is the active component that brings on the stone many are looking for. But these compounds aren’t found in raw cannabis. And they’re not created until marijuana has had some heat applied to it, such as when people first decarb their weed before turning it into edibles or light a joint. Prior to this, raw cannabis only contains THCA and CBDA. These are the raw forms of the cannabinoids, the essential amino acids that can provide a host of benefits on their own before ever being heated.

Health benefits of THCA and CBDA 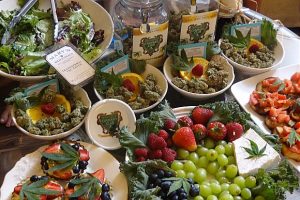 THCA has been found to have anti-proliferative properties, which helps prevent the spread of cells, such as malignant cancer cells, to other cells. THCA has also been found to be very effective in preventing involuntary spasms of muscles. On its own, CBDA contains anti-inflammatory properties and is also being researched as a treatment for epilepsy. When these two amino acids work together, they can provide pain relief from a number of different conditions.

CBDA on the other hand, plays a pivotal role in providing the body with antioxidants, which can actually help fight cancer. Antioxidants are molecules that fight off free radicals, harmful molecules that can cause a great amount of damage in the body including blood vessel disease, cancer, and other conditions. People are exposed to free radicals all the time. The burning of sugars for energy within the body creates free radicals, as do pollutants and even medication.

But when CBDA is taken as medication, it actually plays the opposite role, providing more of the antioxidants the body needs to fight free radicals without ingesting even more. And just as THCA contains more anti-inflammatory properties than THC, CBDA also has more antioxidant power than CBD.

It’s largely these anti-inflammatories that make raw cannabis so powerful at fighting pain. Inflammation causes swelling which is very tender and can cause pain and stiffness, such as in arthritis patients. When this swelling decreases, people can function normally again and feel significantly less pain. But THCA will also bind to the receptors in the body which is responsible for feeling pain, temperature changes, and itchiness. When THCA attaches itself to these receptors, the body can no longer feel those sensations, which is why it’s so effective in pain relief.

In addition to helping arthritis patients, these anti-inflammatory properties can also help asthma patients. In asthmatics, the bronchial tubes in the lungs become inflamed and swell, making it difficult for enough air to make its way into the lungs. But when raw cannabis is eaten, those anti-inflammatories get to work and start to bring that swelling down. Eating raw cannabis is actually the preferred method of choice for treating asthmatics with THCA and CBDA because it will contain more anti-inflammatories than smoking marijuana, and there will also not be any harsh smoke to further irritate the condition.

But CBDA and THCA have more than just anti-inflammatory properties. These amino acids can even treat cognitive decline such as in MS patients or those suffering from dementia. THCA in particular, is known for having these health benefits as they slow the degenerative progress in the brain. It were these properties that a team of researchers in Spain was most interested in and found THCA to be helpful in a group of mice that were starting to show signs of this degeneration that are very similar to Huntington’s Disease in humans. 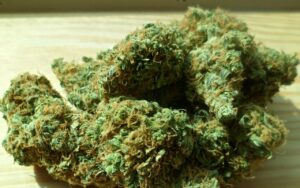 Raw cannabis and the vegan diet

There are many reasons for people to turn to the vegan diet. But in addition to being kinder to animals, as well as being a very nutritious diet that’s very low in fat, a vegan diet can be very beneficial for the digestive system. This is particularly true when it comes to foods high in lactose such as milk and cheese.

Lactose causes gas, stomach pain, and bloating in a number of people due largely to the fact that it can cause a great deal of inflammation. When raw cannabis is included in a vegan diet, these benefits can really be two-fold. First, inflammation is less likely to happen because those foods high in lactose simply aren’t being consumed. But the THCA found in raw cannabis will also help to fight any inflammation that is present.

In addition to these benefits, raw cannabis also packs a punch of fiber into any diet. This can not only help people feel fuller for longer after eating it, it’s also extremely nutritious and can help prevent other digestion issues such as acid reflux. 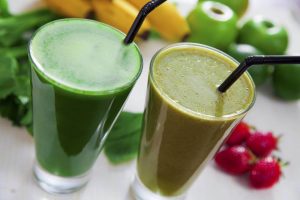 There are many ways to enjoy raw cannabis for vegans, vegetarians, and meat-eaters alike, but one of the best ways is to juice it. Juicing raw cannabis delivers all of the vitamins, minerals and nutrients that are beneficial to the bodily systems and in a very appealing way. In fact, when juicing the plant, the body can absorb over 1,000 times more of the cannabinoid acids than they would if they consumed psychoactive THC. In addition, because it is impossible to overdose on raw cannabis, juicing it can also patients to enjoy large quantities of the plant without feeling any harmful effects.

To juice raw cannabis, simply place 15 fresh cannabis leaves into a blender along with two large buds that have not been dried. Because raw cannabis can have a very bitter taste, it’s best to include other vegetables and fruits such as carrots, strawberries or blueberries to make it more palatable. A drop of honey can also be added to give it some added sweetness.

Consuming raw cannabis has so many health benefits, and with cannabis now becoming legal in so many parts of the world, it’s likely going to be the new green juice that health advocates flock to. But raw cannabis doesn’t have to only be juiced. Adding it to salads, smoothies, or just nibbling on some of the leaves are all great ways to enjoy the health benefits that come with eating raw cannabis.

More From Science & Facts
MOST READ
MOST RECENT