What is Dabbing and How to Dab 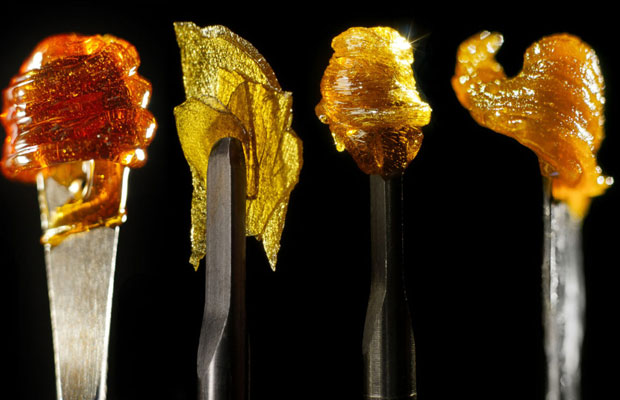 A few years ago, the practice of dabbing cannabis popped up in Colorado. At the time, other areas of the world and even the rest of the United States hadn’t yet caught on with the trend. But, as marijuana becomes legal around more and more regions around the world, dabbing has become one of the hottest trends in the world of cannabis.

The process of dabbing

If you’ve never dabbed before, or haven’t seen anyone dabbing cannabis, the entire process probably looks a bit strange to you. It involves a lot of equipment that most who have smoked haven’t seen before, and it can be fairly intimidating. But like anything else, once you familiarize yourself with it a bit, it’s not nearly as overwhelming and it won’t be long before you too, want to be a part of all the benefits it has to offer. 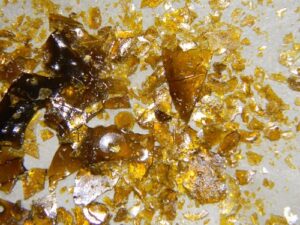 Dabbing is simply a way of vaporizing cannabis concentrates. This process happens so quickly that it’s most commonly called ‘flash vaporization’ among dabbing enthusiasts. There are a number of concentrates that can be used to dab, and just like the strain you smoke, what you use all depends on what you prefer.

Cannabis shatter is the most popular form of cannabis concentrate for a few reasons. It’s thought to be the purest form of concentrate, meaning that when using it you’ll get maximum cannabinoids without a lot of extra resin. Shatter is very stable and looks similar to glass. And like glass, it will break apart into small pieces when dropped, giving it the name ‘shatter.’ Shatter should be wrapped in parchment paper when stored.

Of all the concentrates, crumble is the driest, which is why some users prefer it among any other concentrate. Depending on the size of the piece of crumble you’re working with, it can often just be dropped onto the nail while dabbing, without the need for a special tool. Unlike cannabis shatter, crumble should never be stored in parchment paper but rather a silicone or glass container fitted with an airtight lid.

Cannabis wax may be the most well-known of the cannabis concentrates. Handling this with bare hands will only result in sticky hands, so it’s best to only use a dabber to handle it. Any type of dab storage will be fine when using cannabis wax.

Budder, not to be mistaken for cannabutter, is another type of cannabis concentrate. The concentrate has the same consistency of peanut butter and on the scale of concentrates, falls somewhere between cannabis wax and crumble. If you’re using shatter, eventually it will break down into budder with just a little bit of time and sometimes, with some heat being applied. Budder can sometimes be difficult to get onto the dabber when dabbing and when that’s the case, 15 minutes in the freezer should solve the problem. This concentrate can be kept in parchment, or in a container with a lid.

Oil is by far the runniest of the cannabis concentrates, which can sometimes make it difficult to apply to a dab rig. It comes from concentrate that was made using CO2 instead of butane and for best results, it’s best kept in a syringe or silicone container.

No matter what type of concentrate you’re using, the benefits of dabbing have been proven. Not only is the high much more intense (so intense many recommend sitting down while you dab), but it also gives a smoother and cleaner taste and feel. The high of concentrates is so much more intense because the THC levels are higher, as are the levels of other cannabinoids such as CBD, which can not only produce a more intense high but also provide quick relief for those using marijuana for medicinal purposes.

This is because, unlike cannabis that’s combusted (or lit on fire and then smoked,) there is little to none of the resin or extra carcinogens that are inhaled when cannabis is smoked. Because there are none of the extra flowers, leaves or resin present when you vaporize cannabis by dabbing, the taste and the aroma are the purest.

How to get cannabis concentrates 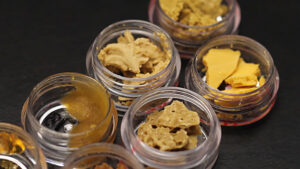 So you want to start dabbing using cannabis shatter or cannabis wax, but there isn’t any available to you? That may not be a problem, as it is possible to create some yourself. Be forewarned, however. Often you’ll be dealing with gases such as CO2 or butane, and this can be extremely dangerous. It’s not unheard of to read of stories where creators have set their kitchen or entire house on fire when trying to make a simple batch of concentrate. Some even advise only letting a licensed professional create the cannabis concentrate for you; but in many parts of the world, this can be tricky. Marijuana concentrates are created by passing a gas such as butane, CO2, or propane, through the marijuana flowers or buds. It’s often done using a long tube with small ventilation and drip holes along the side. This strips them of the resin that’s known for clinging to the flower buds. But they’re also the most potent part of the plant.

Once the gas has passed through the marijuana leaf and flower, it produces a mixture referred to as a slurry. These can take on a form that is very runny, such as oil is; or it can produce a firmer mixture resembling a patty or loaf. The slurry however, still contains a lot of residue from the gas that passed through it and therefore, is not safe to consume. Before the cannabis is safe to consume, it must be purged.

There are many different ways to purge marijuana concentrates, but most often it is done through a vacuum using a vacuum oven. Vacuuming the concentrate will essentially pull the residue out of it. Other methods include evaporating the reside or hand-whipping the concentrate. Each type of purging will result in a different texture of the end product.

How do you dab cannabis?

Most people who enjoy dabbing don’t actually create the concentrate. They purchase it from someone else who has made it; and in parts of the world where cannabis is legal, concentrates can be found often in dispensaries. Before vaporizing cannabis this way though, you need a few tools, along with the knowledge of how to do it. 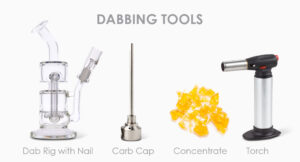 Some choose to simply use the type of blowtorch used in the kitchen for their torch. These are small and while they do produce a flame, it’s not as large as those produced by a blowtorch. When sitting down for a vape session, the torch needs to be pointed directly at the nail, in order for it to get as hot as possible. Most often, people will heat the nail until it becomes red-hot.

Once the nail has become sufficiently hot, the torch should be turned off with the glass dome placed over top of the nail. The nail may be too hot at this point, so it’s important to let it cool for at least 10 seconds for metal nails, while quartz nails need about 45 seconds.

After that, just sit back and enjoy all the benefits that dabbing has to offer!