Everything You Need to Know About Rick Simpson Oil (RSO) 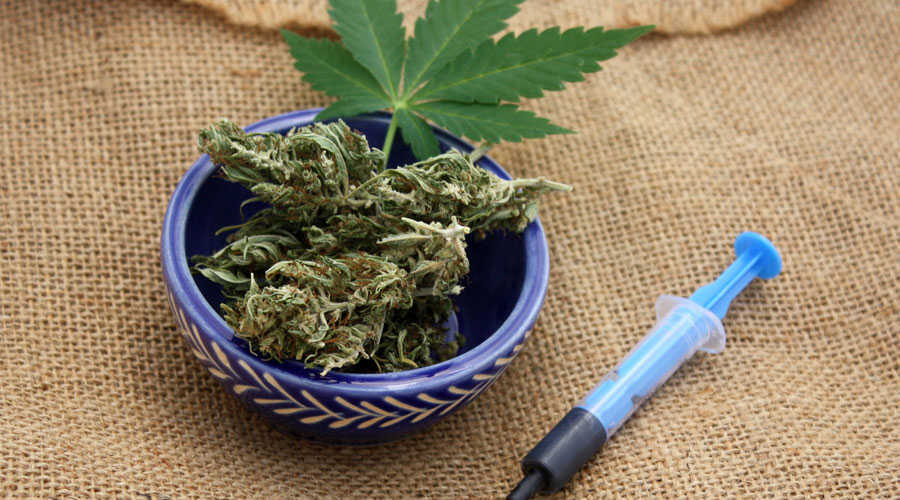 Rick Simpson and his famous oil have both become somewhat legendary in the world of weed.  The man himself is a widely-known and outspoken advocate of medical marijuana while Rick Simpson Oil is a popular cannabis topical, which some people prefer to pure CBD oil.

Who is Rick Simpson? 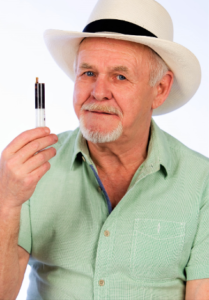 Back in 1997 Rick Simpson had a bad accident in which he suffered a severe blow to the head.  This left him with high blood pressure, tinnitus and severe pain.  Conventional medicine was unable to provide him with any meaningful help, so he found himself turning to cannabis oil, which he obtained illegally.  Rick Simpson’s accident had come about while he was working with asbestos and in 2003, he was diagnosed with cancer, which doctors were unable to treat successfully so Rick Simpson decided to see what would happen if he took the cannabis oil he was already using orally and applied it as a topical directly onto the cancerous skin growths.  The result, as they say, is history and has become a documentary “Run from the Cure”.

With brutal irony, Rick Simpson discovered an effect treatment for cancer at a time when the Canadian government was on the point of legalising marijuana, only to see the U.S. government stymie the move by threatening to slow down the border crossing between Canada and the U.S. with “weed checks”.  Faced with a choice between taking his chances with the law and taking his chances with cancer, Rick Simpson opted for the former and in spite of everything the Canadian government could throw at him, he has maintained both his health and his determination to help others through the medical properties of cannabis oil.  The fact that Canada is finally moving to legalise marijuana, could be a great opportunity to get scientific backing for its medical benefits to convince other countries to follow Canada’s lead. The difference between CBD oil and Rick Simpson Oil (RSO) is basically the difference between hemp and cannabis.  Hemp is basically best thought of as a spin off from cannabis.  It began as cannabis but over many years it has been bred to produce fewer, smaller flowers and more of the stems which are what give hemp its industrial value, since they produce hemp fibre, which can be used for all kinds of purposes from making paper to floor coverings to beauty products.  Hemp’s flowers can still be harvested and used medically for their CBD content.

For patients who require CBD and only CBD, then, as its name suggests, CBD oil may be a feasible and appropriate option.  The downside to using CBD oil, is that not only do you lose out on the THC (which you may prefer to avoid) but you lose out on the other beneficial cannabinoids which are found in small quantities in Rick Simpson Oil, which is made from actual cannabis rather than hemp.  Rick Simpson oil is made from marijuana rather than hemp and hence has all the goodness it contains.

How has it helped medical patients?

The fact that cannabis has been so illegal for so long makes it very difficult to provide any meaningful evidence as to its benefits for the simple reason that studies in the area have been few and far between (and generally on a very small scale).  This has left anecdotal evidence, such as the case of Rick Simpson himself, the quantity of which is increasing all the time as medical marijuana users come out of the shadows and start to make themselves heard.

For example, many professional athletes, particularly American football players, have been vocal in their support of cannabis in general and medical marijuana in particular.  While this may help to influence those who are on the fence about the wonders of weed, there are some people who, understandably, want to see scientific backing for the benefits of medical marijuana before they are prepared to believe in them.  Up until now, this has created something of a vicious circle in that support for legalization can depend on scientific backing but without legalization it can be virtually impossible to undertake meaningful scientific studies to support (or refute) anecdotal evidence about its benefits.

Now, however, progress towards legalization provides a basis for scientific research and even at this point, it is reasonable to point doubters to the evidence of the widespread use of plant-based medicine in general and plant-based topicals in particular.  Head to any pharmacy and you’ll find a whole range of common medications which are based on plant extracts, such as codeine, digitalin and quinine.  You’ll also find plenty of topical products which make use of plant extracts, such as aftersun products with chamomile, skin care products with tea tree and healing balms and salves with lavender.

Hence the science behind this area of medicine is already well established and therefore the idea of using medical marijuana is simply an expression of a long and successful tradition, which continues to be valuable in our modern world.

How to make Rick Simpson Oil Rick Simpson Oil is made using solvents.  If you are going to try making this at home, you need to be extremely careful as solvents are highly flammable.  That said, here are the instructions

*In theory, you can make RSO with water although this would be highly unusual and unlikely to be as effective as the other options.  It would, however, remove the challenge of dealing with flammable solvents.

Never have any sort of naked flame near a solvent (obviously don’t smoke while you’re doing this) and always work in a well-ventilated area.  Ideally you want an open space with open windows and possibly extra fans/extraction hoods as well.

How to use Rick Simpson Oil

As with most cannabis products, the key to using Rick Simpson Oil is to get the correct dosage.  Ideally, the dosage should be discussed with a medical professional, but if this is not possible, then, as always, the guidance is to start low and go slow.  In this context, please remember that cannabinoids can be absorbed through the skin, which is basically the point of cannabis topicals, so remember to handle RSO with care, so you avoid accidentally increasing your dose.

RSO is very potent and the doses are so small that they are often measured using a syringe (for convenience and precision).  If you are new to RSO, you might want to measure out a dose as small as a half grain of short, dry rice.  If you develop a tolerance to RSO, you might want to increase this over time to as much as 1g per day.  Depending on how your condition progresses, you might be able to decrease this again, to a “maintenance dose” of about 1g to 2g per month.

If you are using RSO orally, you might want to consume it with bread or fruit.  If you are using it topically, cover it with a bandage.  In either case, please be aware that it can take as much as 2 hours before you feel any effects.

Disclaimer: This article has been written for informational purposes only, and is based on research published by externals sources.