What is THCV and what are its benefits? 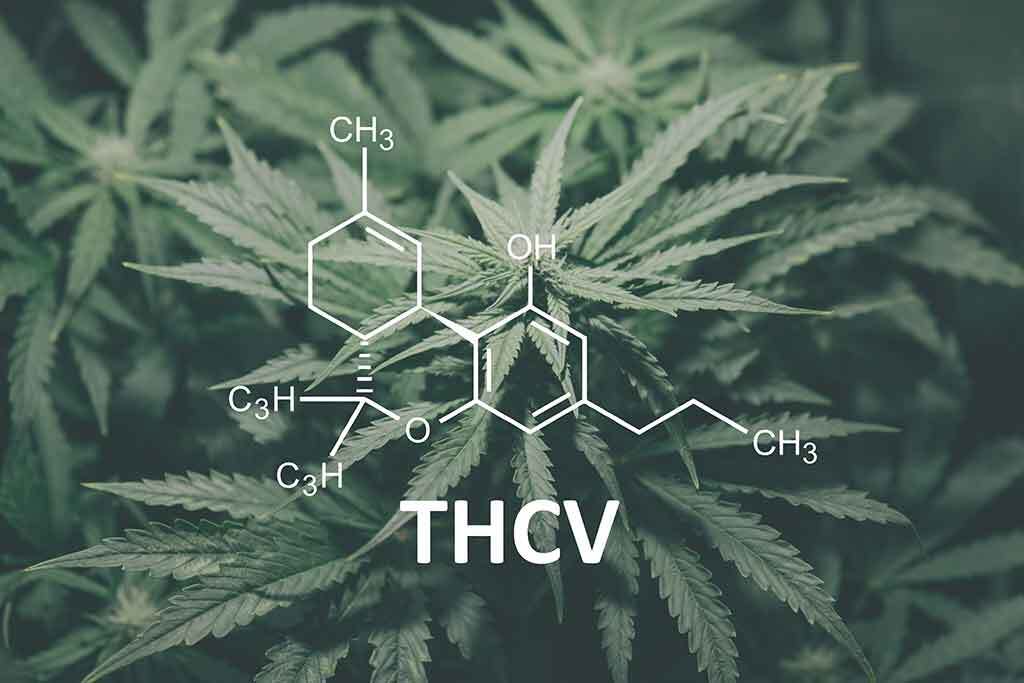 Anyone that’s been around weed for any amount of time knows that there are two main cannabinoids regular smokers are after. Those are THC, the cannabinoid known for getting you high and giggly or sleepy, depending on the strain; and CBD, the cannabinoid that is used mostly for medicinal purposes. But more people are starting to learn about a new cannabinoid - THCV. So what is this compound that may be able to contribute to your high? And what are the possible benefits of THCV?

THCV, its full name being tetrahydrocannabivarin, is a compound found in marijuana that is very similar to THC. To make it easier to understand, it’s often described as the THC molecule with the end clipped off. With only just a few more atoms, it would actually be THC. It’s an antagonist of the CB1 and CB2 receptors in the body. This means that it actually works against them and behaves much differently than its cousin, THC. Which can work with CBD to provide different effects.

This is good news for those that want to smoke, but don’t necessarily want all the effects that THC brings. While THCV can get a person high, it needs to be taken in much higher doses in order to do so. In lower doses, it will not provide any of the psychoactive effects that THC will. Even when it does mimic the effects of THC, they will fade much quicker than THC would.

So why would anyone want to seek out this compound? Well, because there are many benefits that come along with it.

What are the benefits of THCV?

Research is still being done on this compound that’s so much like THC. So all the benefits of THCV that may come with it are not yet known. What has been made clear however, is that THCV doesn’t seem to bring it with the traditional munchies that often come with smoking or consuming marijuana. And that makes strains high in THCV strains for weight loss.

This was most recently shown in this study done on mice. Mice were given the compound and then studied to see how it affected their behaviour. They were then compared with mice that were not given the compound. The mice that consumed THCV did eat considerably less and therefore, lost weight as a result.

A third group of mice were also studied, and those mice were deprived of food, so they were genuinely hungry. While these mice ate the same amount, showing that the cannabinoid did not completely stave off hunger, it’s not likely that one would get the munchies after using it. They simply are not likely to be tempted by the heightened sense of smell that makes food smell better. They were also less likely to show the enhanced enjoyment simply from eating food after a good toke.

This makes it clear that those who are looking at strains for weight loss may seriously want to consider a high THCV strain. But as with many other strains used to treat ailments and conditions, there is a word of warning. It’s shown to suppress the appetite, using it can actually be quite dangerous for those suffering from conditions such as anorexia.

We have learnt the benefits of THCV, but what are the best THCV strains for weight loss, and high in this cannabinoid?

Related Article
How to calculate THC dosages in marijuana edibles

Whenever talking about strains higher in this compound, Durban Poison is typically the first strain that’s brought up. But that in no way means it’s the only one. Other strains high in THCV include Willie Nelson, Skunk No. 1, Jack the Ripper, and Power Plant. These strains are easy to find and now, offer something to make them even more popular!

Of course, other strains contain more amounts of this compound than others, as well. Budtenders can be very helpful in finding one, but there are certain things to know when looking for one on your own. Firstly, check out African strains as a starting point. Studies have shown that sativa strains, particularly landrace strains from Africa, are higher in the compound than other types of strains.

When an African sativa can’t be found, parent plants are the next place to look. When one parent plant has African roots, there’s a good chance any offspring will also have higher amounts of the compound. Cherry Pie is one such plant that has come from the parent plant Durban Poison. That is already said to be one of the highest THCV strains out there.

This lesser-known compound may not have had a lot of research on it just yet, but is certainly showing signs of benefits.It’s hard to imagine that with all the studies and testing that has been done on marijuana, there could be anything new to learn about it. But this new compound, THCV may just be one of the most exciting discoveries yet!