How to Maximise Yield for Cannabis Plants: Part 4- Finishing 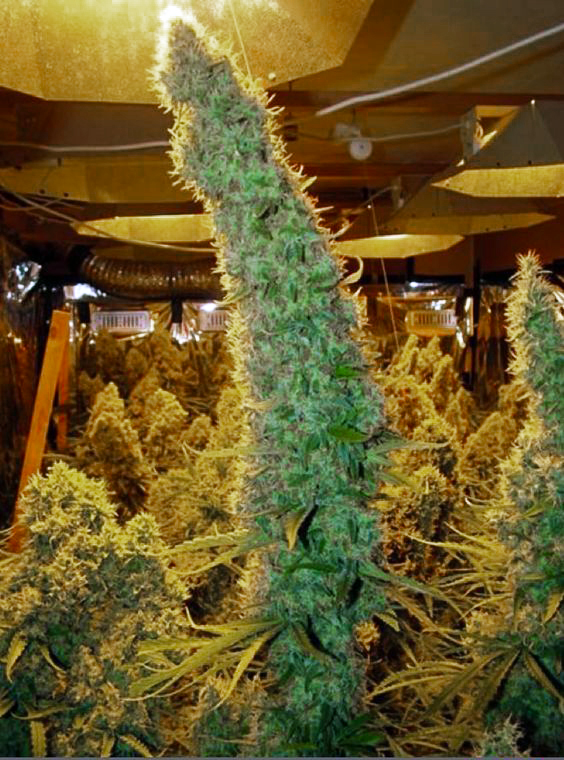 So you’ve spent a few months growing marijuana plants, watching them flower, and giving them the right amount of nutrients and water that they need. You’re done, right? Well, almost. After the growth period, growers are just about done with their marijuana plants – but not quite yet.

In part 4 of the series How to Maximise Yield for Cannabis Plants we will show you all about finishing. This post is a follow on from:

HOW TO MAXIMISE YIELD FOR CANNABIS PLANTS - PART 3 – THE GROW

HOW TO MAXIMISE YIELD FOR CANNABIS PLANTS - PART 2 – PREPARATION

HOW TO MAXIMISE YIELD FOR CANNABIS PLANTS - PART 1 GENETICS

The next and final step is to properly dry and cure the buds so that the smoke is what you and your friends are after – clean, smooth buds perfect for smoking.

Why is flushing cannabis plants important?

Before you harvest your cannabis plants, it is crucial to flush them. Flushing is simply a matter of providing your plants with water, and only water, during the last two to three weeks before harvest. This step is important because will improve the taste and smoothness of the buds.

The process of flushing, and specifically why growers flush, is similar to the act of dieting on
humans, although it has exactly the opposite effect. When humans diet, it’s so that their bodies will use up the excessive fat resources and get rid of them altogether. In the end, they are slimmer and trimmer.

However, while flushing cannabis is relatively easy, getting the timing of it right can be a bit more difficult. If the flushing happens too quickly, it can reduce the yield of the crop. But even more so, neglecting to flush the plants can cause that chemical taste to come through in the smoke, causing the taste to be off and the smoke to be excessively harsh.

Some growers choose not to flush because they believe they can fix any problems during the curing process. While this is somewhat true, in the sense that flushing problems can be corrected during curing, it’s not recommended to skip the flushing step altogether.

Generally speaking, marijuana plants should be flushed about two weeks before they’re harvested. However, depending on the strain and the grow set-up, flushing could be required sooner or later. The best way to know when cannabis plants are ready to be flushed can be seen through their trichomes.

When the trichomes of a plant are milky and white, this is the perfect time for flushing, but still too early for harvest. Those who are growing in amended soil, such as Super Soil, should not flush, while those grown in soil will need the typical one to two weeks for flushing. Growers using coco coir should start flushing a week before harvest, while those growing hydroponically only need to flush for a few days before harvest.

When keeping cannabis plants healthy during their vegetative stage, flushing them can also be a necessary step. When leaves start to dry and turn brown, it might be an indication that there are too many nutrients in the soil. To correct this problem, some growers flush during this stage too, just to get the plants back to good health.

Once the plants have been grown, flushed and harvested, it’s then time to trim them. Trimming cannabis can be done either when the marijuana is still wet, or when it’s already dry. However,
most growers agree, it’s much easier to do when it’s wet. This is because trimming weed can be very difficult when it’s dry. The leaves curl inwards and almost bind to the bud, which can make it arduous to individually pick them apart and pull them off the bud.

Before you actually start trimming cannabis, there are a few things to take into consideration. The first is that you’ll need time. Of course how much time will depend on the size of your crop, but even just one plant can take quite a bit of time to trim. Also make sure you have a clean and clear table and that you do it over a non-carpeted floor, if possible. Leaves and trimmings can get everywhere, even when you’re very, very careful, so having a floor that’s easy to sweep can help. You’ll also need some scissors, preferably the pruning kind, as well as some rubber gloves. These are important because as trimming cannabis tends to cake your hands in resin, and there’s very little that will get it off. Having rubber gloves that can simply be thrown out is very helpful.

Beginner growers should start by cutting just one branch down to determine how long it will take them, and how much they can handle within one sitting. Trimming weed can take a very long time! If you decide that it’s too much to handle and you need to take a break, the plant will be fine for another day or two until it’s cut down. Once you cut it down however, the plant can begin to dry on its own, making it difficult to trim.

Also, in addition to how many branches you cut down at once, also consider the size of the branches you’ll be cutting down. You want to make sure it’s only as much as you can handle at once, so typically a foot or two of plant is more than enough for beginners.

Now it’s time to start trimming your weed! Start by pulling all the fan leaves off with your hand. These are the full leaves with long stems that can easily be pulled off with your fingers. Once the fan leaves have been removed, you’ll have tighter and cleaner colas. But they still need to be trimmed a little further.

Next, you’ll need to focus on the sugar leaves. These are the leaves that stick out of the buds, but their stems are typically hidden from sight. These don’t absolutely need to be trimmed, but the portion that can be seen should be removed with scissors. Some growers choose to keep the sugar leaves on when they have a significant amount of trichomes on them, but this can cause a harsher smoke.

When trimming, be careful not to cut the actual buds off the branches. By leaving them on, the buds will dry out slower, which is ideal. Then, just repeat the process again with all the other branches, and once done, you’re done trimming!

Minimising the risk of mould

Unfortunately, mould is a risk to cannabis plants not only during the growth phase, but also during the drying phase. The good news is that it’s easy to prevent mould on drying plants.

The key is to make sure that they have enough air around each plant, meaning that there’s plenty of room between plants. Fans should be set up in the drying room, which will help move the air around and dry the plants. Lowering the humidity, or the amount of moisture, in the room will also help stave off mould on plants. This can be done very easily using a dehumidifier.

If mould is ever found on cannabis plants while they’re drying, it is essential to remove it right away. Mould spores can spread quickly and if not dealt with properly, can ruin an entire plant.

Many people think that drying and curing their buds are different processes. However, that’s not true. Curing actually begins to happen the moment marijuana plants are cut down, or harvested.

While some growers like to speed the drying process along after this, so they’ll have beautiful buds to smoke later, this isn’t recommended as the growers will miss out on the many benefits that come with curing bud. Also, using really fast methods of drying weed, such as a microwave oven, will result in buds that taste and smoke terrible.

Most growers agree that the best way to dry weed is to simply cut the plant down at its base and hang it upside down. However, when growers are short on space, or there’s a lot of humidity in the area, they may also sometimes use a drying rack. This is simply a mesh rack with many different levels that will hold marijuana on each level. When using these racks, marijuana can dry much quicker because it’s cut from the main stalk, unlike hanging them up to dry. And because that thick stem contains a lot of water, without them the weed will dry much quicker.

Other growers resort to much cheaper methods, such as drying their cannabis out on cardboard or in a paper bag. These aren’t the best methods generally speaking, simply because the buds can leave wet spots on the cardboard or paper, which will make it more difficult for them to dry.

When buds are drying, they can become particularly susceptible to mould. Because of this, it’s important that they’re in a place that’s easily accessible so that they can be checked every day. This is especially important with the first few harvests in a new place, until the drying conditions and humidity levels are known.

So how long to dry your buds? It usually takes about three to seven days, but of course this will depend on the size of the buds, the amount of buds being dried, and the conditions of the drying room. You’ll know buds are as dry as they should be when they feel dry to the touch and smaller stems snap off instead of simply bending. When they do snap off, they also should not leave a stringy trail.

So now you know everything there is to grow the best bud with the very best yields – from setting up a grow room to drying your buds. Don’t be surprised if it takes a few crops to get all the steps down perfectly. The truth is that even if each step isn’t followed through exactly perfectly, the chances are good that you’ll be able to correct it and still get a great harvest. And it will be a good lesson for the next time around. But the truth is, weed is called weed for a reason. Even for new growers, it’s fairly easy to grow, and there’s little you can do to ruin an entire crop.