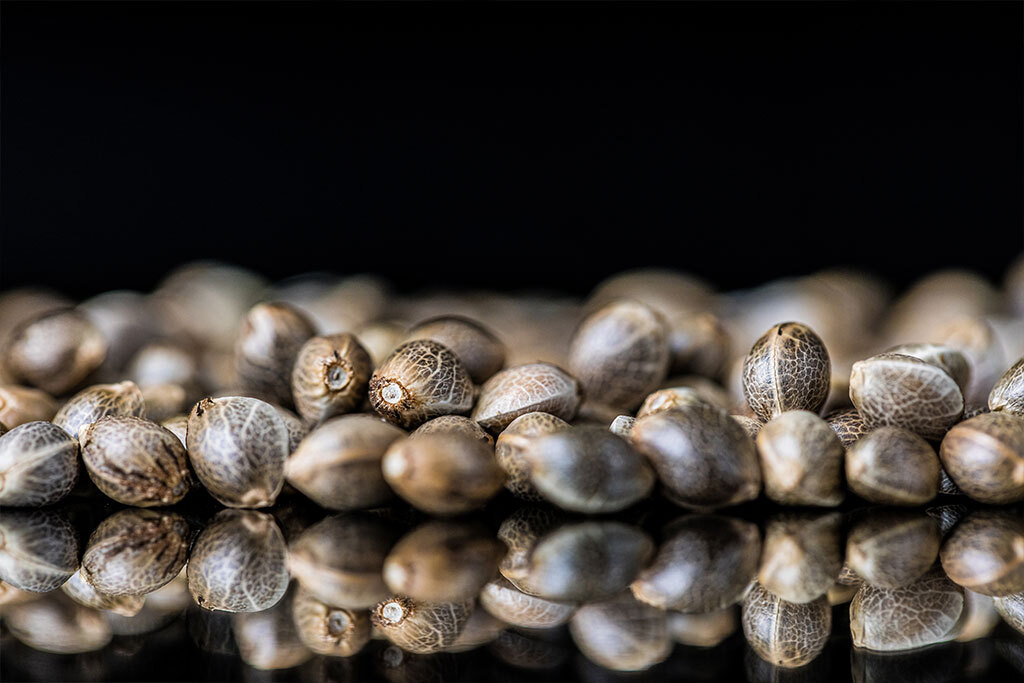 When looking through seed catalogs or discussing growing cannabis with other growers and/or breeders, most of the time you will come across the terms “feminized” or “auto” with only a handful of breeders and seed banks offering what are known as regular cannabis seeds. When looking at the price of such seeds, they are generally significantly cheaper than their feminized/automatic counterparts, but that doesn’t mean that they are less valuable. In fact, growing regular cannabis seeds can not only provide the exact same quality as far as salacious buds are concerned, but they can also be used for several other purposes where feminized seeds will not work.

How are regular cannabis seeds different from the rest?

To answer that, we have to talk a little bit about ‘the birds and the bees’ of the cannabis plant. Like most other flowering plants, cannabis passes on its genetics to younger generations through the pollination of its female sex organs using the pollen produced by the male sex organs.

During the vegetative phase, male pre-flowers develop round little sacs containing pollen around 3-4 weeks following germination. In female plants, the pre-flowers do not develop until 4-6 weeks from germination. This little discrepancy can come in useful when determining the sex of the plant.

In contrast to male flowers, female flowers start off looking like tear-shaped leaves, known as the bract, which houses the reproductive parts. Therein lies the calyx, which is the base of the flower holding everything together and containing the most coveted parts of the plant, namely the pistils (the reproductive organs along with long hairs called stigmas) and the trichomes (resin glands producing THC and other cannabinoids). The pollen-containing sacs on the male flowers grow until they burst open, spreading their pollen all over the area, which eventually makes its way over to the pistils of the female flower. This is where seed production takes place and where resin (and cannabinoid) production slow down as a result. The longer a budding flower has to wait, the more resin and cannabinoids it produces in order to attract pollen from male flowers. For precisely this reason, most growers try to avoid pollination of their flowers as some THC potency is lost in the process and also, no one really enjoys picking seeds out of their product. 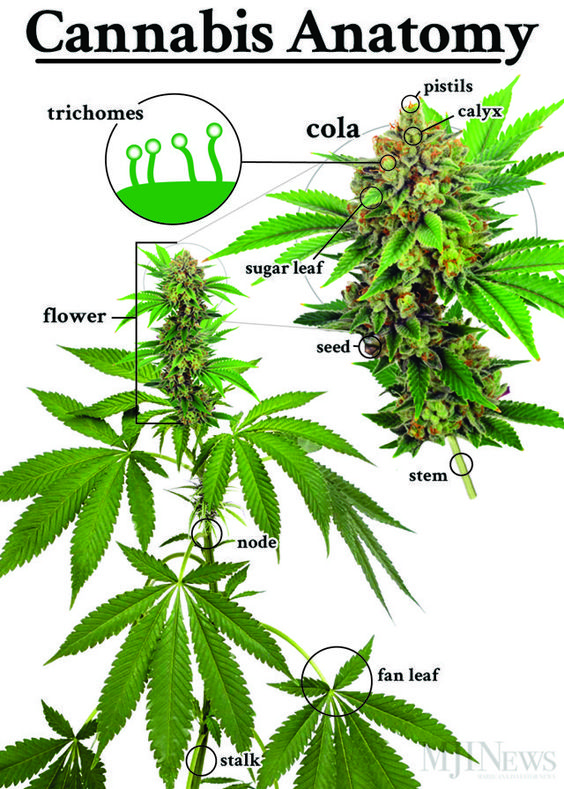 So what makes regular seeds different from the others? The answer lies in the genetics of their offspring, in other words their seeds. Cannabis is a dioecious plant, meaning you have separate male and female plants with their respective reproductive organs. Although there are monoecious cannabis plants (i.e. self-pollinating or hermaphrodite plants), they are used mostly for industrial purposes such as fiber production and nearly all seedbanks will stock only dioecious plants, with feminized seeds making up the overwhelming majority of those.

Create Your Own Strain

So why stock regular seeds if most people don’t want male flowers? There are several reasons actually. Perhaps the most common reason why people are interested in regular seeds is the ability to breed and create new strains. Feminized seeds will produce female plants 99.9% of the time, meaning they will not pollinate to produce offspring. While this means a bigger harvest compared to non-feminized plants that end up being pollinated, it also means that you will not be able to pass on the plant’s genetics once seeds run out. Regular seeds provide more stable plant genetics than feminized seeds as they haven’t undergone any genetic modification that would make future generations less stable. Potential seeds from a feminized plant might not even make it past germination, let alone express the same phenotypes of their parents.

Thanks to this genetic stability, you can also keep mother plants for taking cuttings/clones (also known as asexual reproduction), which is another area where regular seeds will do better than feminized ones. Plants grown from regular seeds also tend to be more vigorous, allowing them to better handle stress and providing them with greater chances of survival in the long run.

Another reason regular seeds are preferred by breeders is their genetic lineage. They are seen as “the real deal” in terms of plant genetics, not some unknown/unstable knockoff which may or may not produce the desired phenotypes some claim they have. This means that regular seeds will consistently produce the same offspring with every generation. To a genetic purist who likes old school varieties such as Skunk #1, Northern Lights, or AK-47, any other type of seed is an absolute deal-breaker.

Since regular seeds are procured as mother nature intended, i.e. pollination of a female flowers with pollen from the male plant, no genetic modification is required to produce them. These days in particular, many people are trying to avoid the use of artificial chemicals and solvents with respect to their cannabis and seed production is no different. To obtain feminized seeds, breeders usually spray female plants with unpleasant-sounding chemicals (colloidal silver) that make them grow male pollen sacs. While seeds obtained using this method are completely safe to use, smoking the flower that was sprayed with colloidal silver is not. Another option is to wait for a female plant among a group of females to turn hermaphrodite and start producing feminized pollen on her own. This process is known as rodelization, however it is a much more unreliable and less predictable method of producing seeds. By going the traditional route, you are not only avoiding the use of any chemicals on your plants, you are certain to obtain the desired genetics. Great Genetics At A Lower Price

Another advantage that regular seeds have over feminized or autoflowering plants is their price. Generally speaking regular seeds are considerably cheaper to buy since half of them will end up being males, which growers usually do not want and almost always end up throwing away. For some, the lower price is indicative of inferior quality, but this couldn’t be further from the truth. While it is much easier to have seeds that produce female plants 99% of the time, the extra work and resources required to weed out the males is worth it in the end, especially considering the genetics of female plants from regular seeds are just as desirable if not more than feminized ones. With regular cannabis seeds you are engaging in a genetic lottery as far as males vs. females are concerned and while sexing plants (determining their sex before they flower) can take some practice, most breeders will agree that the end result is worth it.

So Regular or Feminized?

Both feminized and regular cannabis seeds have their respective advantages and disadvantages, so ultimately it depends on the grower’s experience and aims (i.e. flower production vs. breeding vs. genetic purity/stability). While requiring a bit more work and attention from the grower, regular seeds also offer several advantages that feminized ones do not, as a result, there are more things to experiment with and learn from. Just make sure your seeds come from a reputable breeder. Happy growing!