The science behind the weed whitey 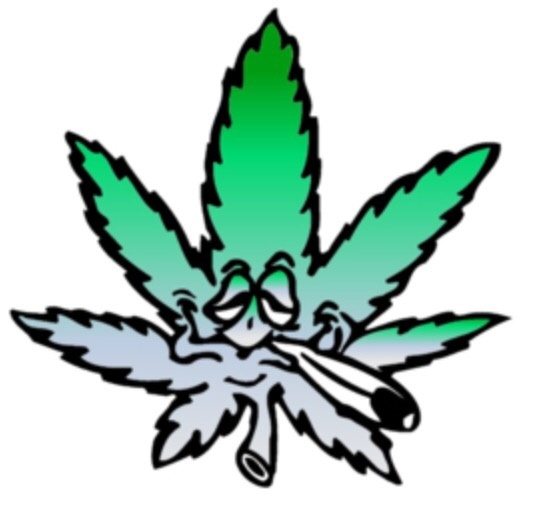 The term “whitey” seems to be most frequently used in the UK, but anyone familiar with cannabis use will probably know the term “white out” or at least the concept. Basically, it covers a specific form of negative reaction to cannabis, which can vary from relatively mild dizziness and a feeling of weakness to severe nausea and occasional loss of consciousness.  Sufferers generally go pale, hence the term. Although, in principle, any cannabis user can experience a whitey, sufferers tend to be people new to weed or sometimes people making a change, for example trying a different strain or dose.

What is happening in the body when a first-time cannabis user pulls a whitey? 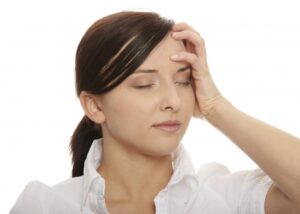 The whitey itself is actually caused by hypotension, in other words excessively low blood pressure.  As blood is essentially the body’s source of fuel, any issues with delivering it where it needs to go typically result in a negative impact to the body.  In the case of low blood pressure, the body is unable to deliver vital nutrients to key organs, such as the brain, with the result that their function is impaired, leading to the symptoms described above.  Hence, the first point to note is that anyone with a medical history of hypotension should ideally consult their doctor before using weed, especially for the first time, or, at the very least, proceed with particular caution.  Even users without any pre-existing issues with hypotension, should be aware that temporary low blood pressure can be caused in a number of ways, two of which have particular relevance to weed users.  The first is by changing suddenly from a sitting or lying position (especially the latter) to a standing position.  Most people will probably have done this at some point in their life and are likely to have experienced mild to severe dizziness as a result.  This is due to a sudden drop in blood pressure.

As you may have realized, moving suddenly from a standing position to sitting or lying down is perfectly safe so you may find that your best approach to avoiding a whitey is to consume your favourite weed standing up and then decide whether or not you want to sit or lie down, rather than trying to remember to get up nice and slowly when you’ve been enjoying a joint sitting on your couch or lying on your bed.  The second is lack of fluid, which may be at least part of the reason why weed can trigger feelings of thirst, hence it helps to ensure that you have something healthy to drink on hand (i.e. a soft drink, preferably water, fruit juice, milk or similar).

How to avoid pulling a whitey 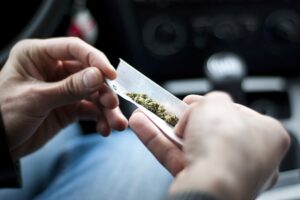 Start low and go slow – it’s advice you’ll hear over and over again when it comes to weed and there’s a very good reason for this.  These days, the popularity of medical marijuana is such that you can easily go online and research the properties of any given weed strain, or look up your symptoms and see which strains are recommended for it, but you’re only going to know how any given strain affects you and your mind and your body when you actually try it for yourself.  Even if you’ve been using weed for a while, if you make a change, do it slowly.

Use the lowest possible dose – once you’ve worked out how your body responds to your preferred weed strains, keep to the minimum effective dose unless your symptoms change and you feel you need to increase it.

Take care with THC – THC offers fast-acting pain relief, which, in itself, can encourage a user to get up and get active.  It also offers the classic weed high, which typically makes a user feel full of energy and again, want to get up and move.  With this in mind, the first step to using weed safely is to decide how much THC, if any, you need.  Keep it to the minimum to do the job.  There’s nothing to be gained by using a super-high-THC strain like Gorilla Bomb if all you want to do is deal with a mild tension headache.  The second is to remember the previous tip about using your weed standing up.  That way, you’ll avoid the issues related to moving quickly from lying or sitting to a standing position.  Depending on your condition and preferences, another option might be to use edibles, which are released into the body more slowly. 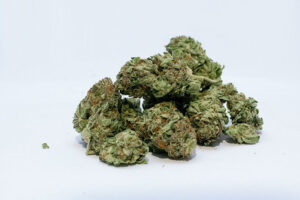 Treat your weed like other medication – buy it from a reputable supplier and store it properly.  Try to use it after meals, or, at the very least, avoid using it on an empty stomach.  Avoid consuming it with alcohol.

How to treat someone who’s pulling a whitey

Generally speaking, anyone who’s pulling a whitey will recover by themselves if they are treated as for low blood pressure.  If possible, get them to lie down, preferably in the recovery position.  Offer them water.  In principle, putting salt in the water can help to raise blood pressure, in practice, salt water is not necessarily the most pleasant liquid to drink so you may find it easier to use plain water.  If their symptoms are mild enough for them to eat, then salty snacks may be an option. As always, if the sufferer does not appear to be recovering, then seek medical assistance, but this is hardly ever necessary.

The symptoms of a whitey are very similar to the symptoms of low blood sugar (and for similar reasons, the body is lacking in nutrients).  With this in mind, if you find yourself dealing with someone who appears to be pulling a whitey, but is not responding to the standard treatment, you may wish to try giving them a sweet drink, to see if this helps.  Post-exercise drinks are especially good for this purpose, but in principle any sugary drink (or snack) can be used.