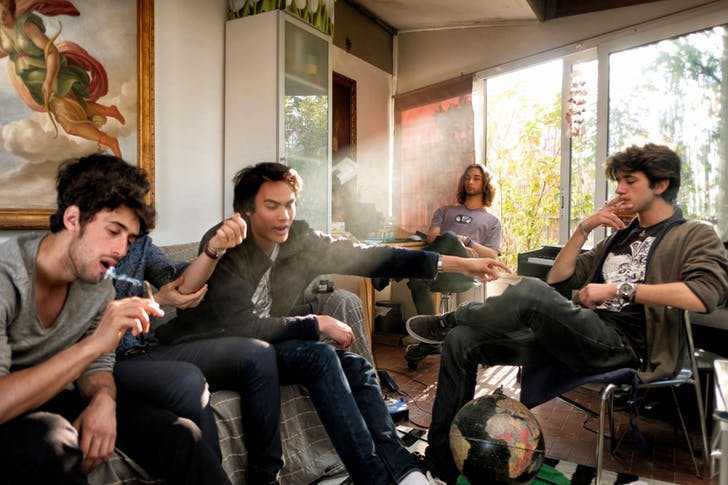 There’s often nothing better than sitting around and playing a weed smoking game with friends. So, whether it’s 420, a Saturday night, or you and your friends are simply looking for something to do, the games below will provide you with hours of fun.

This one’s easy. Put on a movie such as Pineapple Express or any Harold and Kumar. Every time a character in the movie mentions marijuana in any of its forms, everyone has to take a hit. This should also be done anytime a character smokes marijuana on screen, or marijuana is seen on screen.

If a movie, such as those mentioned above, has a lot of cannabis use, you and your friends can pick a character. Then the requirements for when to take a hit only apply to that character. 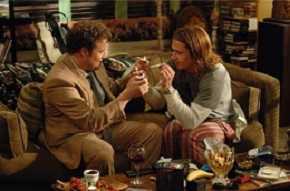 In this weed smoking game, everyone sits in a circle. If you’re more comfortable, simply sitting around a living room is fine, too. Just remember the sequence of turns. One person picks a category and a letter. So, someone could say, “Songs that start with T.” Going around the circle, everyone must name a song that starts with the letter ’t’. If a person can’t think of anything, they have to take a hit. If another person can’t think of an answer, they have to take two hits, and so on.

This game can be made more challenging, and made to last longer. For example, eliminating the letter component will make the game last longer. You can make it more challenging by requiring people to think of a name starting with the last letter of a person’s answer. So, if a person answered “Thunderstruck,” the next person has to name a song that starts with the letter ‘k’. Because this game relies on hits, it also makes a great bong smoking game.

This is a fun and easy weed smoking game. Get your group of friends to sit in a circle and make sure each has their

own joint or bowl. Everyone stares down at their feet, or lap, for three seconds. On cue, everyone looks up and stares at another person. If two people look at each other, they both take a hit.

This is another very easy and fun weed smoking game to play. After everyone enjoys a good session, everyone tries not to smile. The first one to smile loses and must take a hit. It’s hard to tell what’s more fun in this game. Is it trying to win, or watching your friends trying to make each other laugh?

If you and your friends love sitting around and playing video games while smoking, this is the game for you. Simply start Mario Kart, or whatever your favourite game is, and light a joint. The goal is to finish your joint before the game finishes. Make sure whatever game you choose, it’s not longer than just a few minutes. 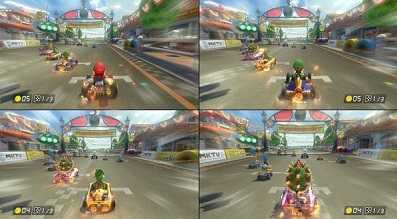 Never Have I Ever

This is a fun drinking game, and it works with marijuana, too. You and your friends simply say, one at a time, something you’ve never done. For example, “Never have I ever been arrested.” Everyone that has done that thing has to take a hit.

While you’re all just sitting around talking, why not play this weed smoking game? You simply take turns asking “Would you rather,” and then provide two options. Would you rather live in the past or in the future? Would you rather drive an average car for the rest of your life, or a Porsche for one day? You can make it really lighthearted, or really philosophical. There’s no requirement of taking a hit with this game. However, that doesn’t mean you can’t pass something around while you play.

Power Hours are playlists you can download from YouTube. They play songs in increments for an hour at a time. Every time the song changes, everyone needs to take a hit. You don’t have to download a playlist. You can use your own music and randomly change it manually. However, this becomes quite a challenge, especially as the hour goes on.

For those that like to be active and focus on something when stoned, there’s Guitar Hero. It’s not traditionally a weed smoking game, but you can turn it into one. Decide on a certain percentage or score. Everyone has to get that score. If they do, everyone takes a hit. If they don’t, no one gets a hit. You can also pit your friends directly against each other. Whoever gets the higher score gets a hit. The person that gets the lowest gets none. 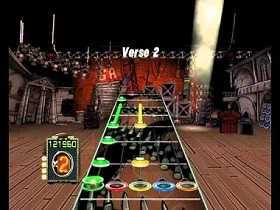 Being a 420 smoking game, no one really knows the origin of the name of this game. However, it’s fun and it’s simple. Simply sit around with your friends and take a toke from a joint. Pass it around, and don’t exhale until the joint comes back to you. The more people you add, the more challenging the game becomes. If you can’t hold your smoke, or you choke, before the joint comes back, you’re out. After all that time holding in smoke though, you likely won’t mind.

Sitting around and smoking with your friends is something millions of people do every day. The next you find yourself in the midst of a circle, suggest one of these games and see how much fun you can really have while smoking. With these weed smoking games, you can even make your own rules and versions. And, after smoking all that weed, you likely will.