How To Make Cannabis Ice Cream 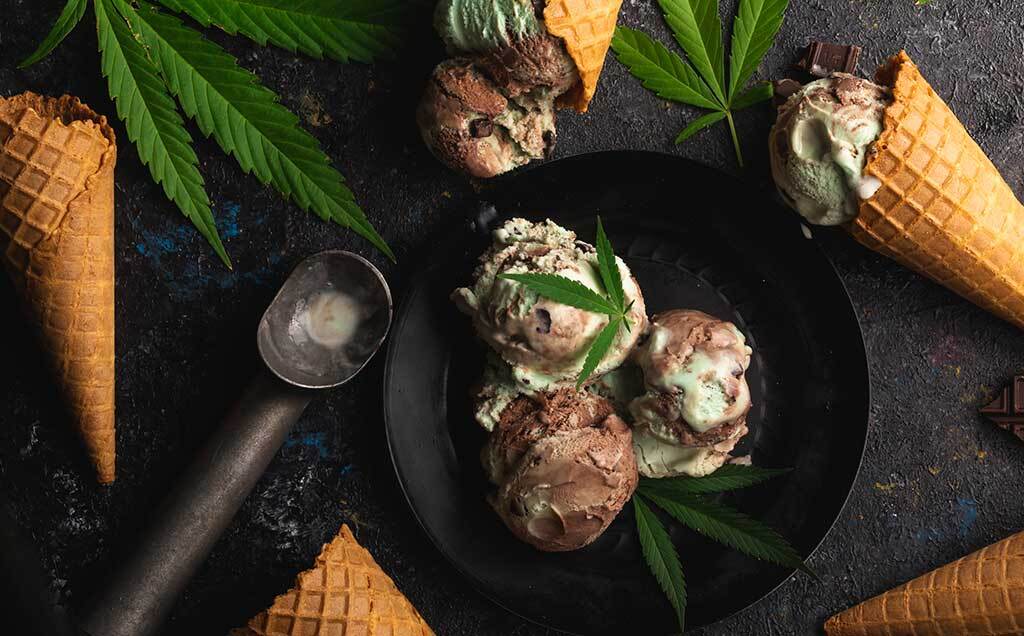 Regular ice cream is basically milk, sugar and flavourings.  The most flexible way to make cannabis ice cream is to start with cannamilk (also known as marijuana milk) and then add your choice of sugar and flavourings.  If you’re thinking cannamilk sounds like cannabutter, you’re absolutely right, it’s much the same idea, but since it seems to be less well-known and is integral to cannabis ice cream, let us talk you through how to make it. 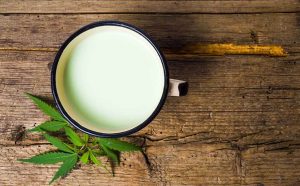 It’s really important to use whole milk and double cream because you need the fat.  Marijuana is liposolvent, meaning it dissolves in fat, it is not water soluble so basically trying to make low-fat cannabis ice cream is a waste of time and more importantly marijuana.

Speaking of marijuana, in principle you can use whatever you like for your cannabis ice cream, as long as its edible, just remember that marijuana milk does tend to be on the strong side.

We strongly recommend you play safe to begin with and simply increase the quantity of marijuana the next time you make it if you feel it’s necessary.  Once you’ve had a bit of practice making cannabis ice cream, you might want to try actively partnering your choice of marijuana with your other flavours. For example using a citrus-flavoured marijuana strain like Nitro Lemon Haze or Mandarin CBD with coconut.

Put your bowl on your saucepan and have a look at how deep it goes.  Then fill up your saucepan with water so that there is a gap of a couple of centimetres between the top of the water and the bottom of the bowl.  Bring the water up to a boil and then down to a simmer. At the same time, combine your milk, cream and marijuana together in your heatproof bowl and whisk/stir well.  When your water has gone from boiling to simmering, put the bowl on the saucepan and let it simmer for at least 30 minutes and at most 3 hours.

The keyword here is simmer and this is why you need to keep an eye on your bowl at least to begin with.  If your bowl fits snugly it may cause the heat to build up underneath it, in which case you want to use lift it off (carefully use a utensil or a cloth) Let some of the heat escape, lower the temperature and put it back.  You want the water to be at a gentle simmer throughout, enough to give off steam, but definitely not a boil.  Listen to the sound it makes, this will guide you.

Realistically, you will get most of your cannabinoid goodness out after about 30 minutes so you won’t be giving up too much if you leave it there, but if you want to squeeze every last drop out of your marijuana then a maximum of 3 hours should be plenty.

For the record, if you read on the internet that you can undertake the extraction process directly in a pan, yes you can, but you will need to stir it continuously all the time your milk is on the heat otherwise it will burn and/or curdle.  You may still find it cooks unevenly.  This method is much more gentle and basically more forgiving.

When you are ready, strain your liquid and leave to cool.  You can then proceed to make your cannabis ice cream and/or store your remaining cannamilk.  If you plan to use it quickly, then the fridge is fine, otherwise you could pour it into ice-cube trays and freeze in portions. Put this back on a medium-low heat, think simmering not boiling, then cook until the mixture coats the back of a spoon (probably about 15 minutes).

Strain through a sieve, cool to room temperature and then chill for at least 4 hours.  If you have an ice cream maker, you can now churn according to the instructions, if you don’t just stir thoroughly.

The usual way to flavour ice cream is to flavour the custard when you make it and you can certainly do that, in fact you can add anything you like to the custard.

A more flexible option, however, is just to let the cannabis ice cream soften enough to be workable and then add your flavourings, divide (if necessary) and serve, which will work perfectly well.

You can easily add a few drops of popular food flavourings, like vanilla or mint and or drop in extra ingredients such as fruits, herbs, or chocolate chips.  Alternatively, add sauces like chocolate or caramel, mix them in and/or pour them on top.  Basically, if it sounds good for regular ice cream, then it will probably be good for cannabis ice cream.

Check out our hottest sales deals by clicking here.