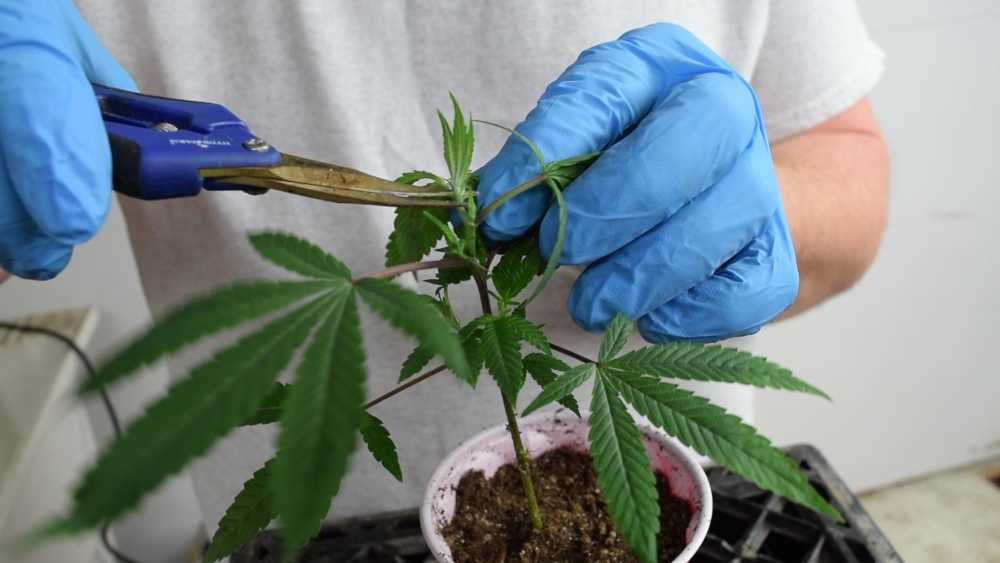 Growing a marijuana plant is about more than just placing it in soil or a hydroponic system and letting nature do the work. Often, growers have to intervene. They have to adjust the plant in order to expose much of the lower growth to the light it otherwise wouldn’t have access to.

This is where topping and Fimming come in. These are two marijuana plant training techniques that clip or pinch the upper growth of a plant. This allows you to use all of that light you’re providing your plants. It also encourages more colas, which means bigger yields. Topping involves cutting off the top part of the marijuana plant, between the nodes. This removes the fan leaves, which allows light to penetrate further down into the plant. Each of those nodes has the potential to turn into a cola. When a grower removes it, it slightly shocks the plant. It will then start focusing on creating many colas, depending on how many nodes are exposed, instead of just one.

The benefits of topping include:

The downsides of topping include:

How to Top a Cannabis Plant 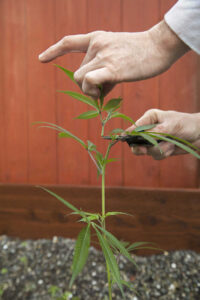 The first time you top a plant, it’s a good idea to cut above the fifth node. This will ensure there are enough branches on the bottom. This allows the plant to really become bushy. Once that first topping is done, you can then use your judgement as to how many nodes to cut above. Many growers choose to cut two or three nodes up, but it will depend on your own preferences and how bushy you’d like the plant to be.

After you’ve chosen where to cut, the procedure is very simple.

Topping is considered to be a high-stress training technique. Once done, it’s a good idea to allow the plant some recovery time. This can take several weeks as the plant heals and directs its energy to more stalks. Only after the plant has stabilized should you top again.

Fimming is very similar to topping and will produce many of the same results. The term Fimming is an acronym for “F*&k I missed.” Unlike topping, Fimming doesn’t actually cut the plant. This causes less stress to the marijuana plant, but can be just as effective. When using the Fimming technique, new growth is removed but the plant is not cut in between nodes. This has many benefits including:

Although Fimming certainly holds many benefits, it also has its downsides. These include:

Fimming is also considered a technique used by advanced growers, as it can be fairly precise.

How to FIM a Marijuana Plant

Fimming is very similar to topping and the process is much the same. The only real difference is that you’re not cutting your plant.

It’s important that when topping or Fimming, you only do it in the vegetative stage. It’s best to start with young plants that have developed at least five nodes when topping and at least three when Fimming.

There are many reasons growers train their marijuana plants. They may want to increase the yield, see more colas form, or just reduce the height of their plant. Topping and Fimming are two proven techniques that will help you do all of that. Before choosing which method to use, it’s important to consider the pros and cons of each. From this, all growers can form their own personal preference and master the tricks to getting more from their plants.