Cannabis Defoliation Guide: How to defoliate your cannabis plant 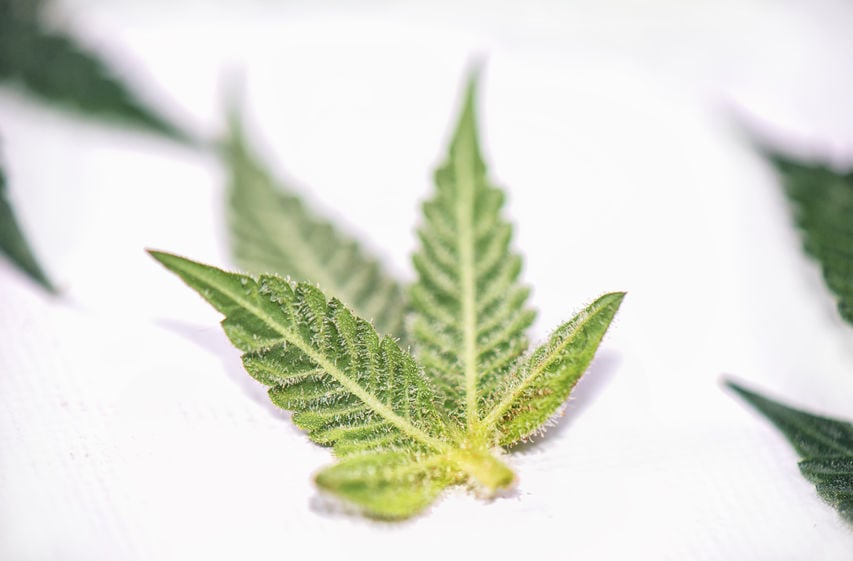 Cannabis defoliation is a simple process of removing a marijuana leaf. Typically a few are removed at a time and it can be very beneficial for the plants.

All that’s really needed to defoliate is a pair of scissors or a sharp razor. Many growers even prefer simply removing the leaves using their hands, as they bend and snap off quite easily. This method can be less stressful for the cannabis plant.

What are the benefits of cannabis defoliation?

Contrary to what many growers believe, when you defoliate a plant, it can have many benefits.

It is important to remember that, there are times when cannabis defoliation can be detrimental to plants. If it’s done too much plants may actually suffer from it. In other cases, such as when the plants are being grown outdoors, defoliation may not increase the yields. So it may not be worth the risk.

Marijuana defoliation in the vegetative stage

Cannabis defoliation should only be done in the vegetative stage when it’s absolutely necessary. At this point the plants will be very young and much more susceptible to stress. However, defoliating at least once during the vegetative stage will help train the plants and get them accustomed to future trimming. Also, with fewer leaves there may also be fewer pests, as insects and other pests are attracted to foliage. It’s during the vegetative stage that plants need the most amount of light. Defoliating will provide them with that light and will allow the light to penetrate throughout the entire plant.

When defoliating in the vegetative stage, it’s important to treat it with care and not to stress it out. Start by removing any shabby leaves that may not look perfect. These leaves aren’t really contributing to the health of the plant, and may actually be hindering it, removing these leaves won’t do any harm.

It’s also important to focus on the top of the plant, as these leaves could be shadowing parts closer to the bottom of the cannabis plant. Removing the top leaves to let the lower ones get the light and air they need will help the plants grow in a healthier manner.

It’s very important to keep plants fed with proper nutrients. While this is always important, it becomes even more so when defoliating during the vegetative stage as the process could slow down the growth of the roots.

Cannabis defoliation should really only happen once during the vegetative stage, and without too many leaves taken off.

Although a few days after defoliation has take the place the entire plant will be fairly dense in foliage again, the plant should not be defoliated again until the flowering stage.

Marijuana defoliation in the flowering stage

Cannabis plants will respond  better when defoliated during the flowering stage. At this point, defoliating is really being done to increase the yield of the plant. Although it will also bring benefits such as preventing mould and keeping pests at bay. If the plant has not regrown its foliage after a week to ten days after being defoliated, it should not be defoliated again. Doing so may only stress the plant.

This will expose the buds to the vital elements they need to grow even bigger and healthier. When removing the leaves, it’s important to try and not to cut too closely to the buds. A little bit of the leaf left around the bud won’t harm it, but cutting too closely may.

The buds grow larger when cannabis defoliation has happened in the flowering stage because doing so releases more auxins, the hormone that induces rippenes in the flower and causes them to swell. Every grower is going to have a different opinion of defoliating cannabis plants. While some stay away from it altogether, it is a process that can be very beneficial to the plant. Defoliation is really just another way of training the plant to grow the way the grower wants it to, while still maintaining a plant that is happy and healthy.

Those who are new to defoliating shouldn’t defoliate any more than what is described in the above guide. However, as growers become more accustomed to defoliating, they can defoliate even more often. Some growers even choose to defoliate every seven to ten days. Or when the plant has replenished the leaves that were defoliated in the first place.

How often you defoliate, or train your plant will largely depend on the setup you are using, the genetics and how experienced you are. This is another reason why it’s so important to begin defoliating a little at a time.