Growing in soil v hydro, which is better? 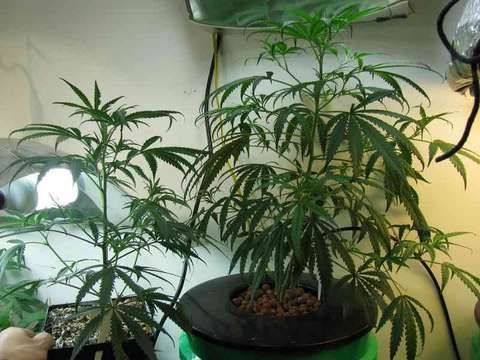 In simple terms, soil is the standard growing material in which all plants grow naturally.  Although the name hydro suggests growing plants in water, which can be the case, it is used as a generic term for growing plants in fluid or liquid medium.

You can grow great marijuana in either soil or hydro 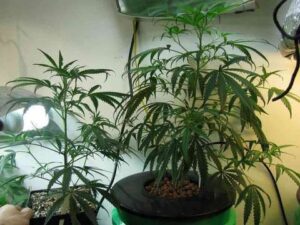 The fundamental characteristics of any given marijuana strain (THC/CBD etc.) remain the same regardless of how it is grown.  The basic taste also stays the same although the actual taste can be influenced by how a plant is grown.  It's therefore probably fair to say that growers be more confident of a consistent taste when using hydro.  The one indisputable change between soil and hydro is that hydro offers the prospect of much bigger yields.  While this has obvious attractions, it's worth remembering that bigger yields come from bigger plants.  The means that there needs to be plenty of space in which to house them.

Bigger yields come at the price of more effort

While growing marijuana is fairly straightforward, it does take a bit of effort to grow it in soil and it takes a whole lot more effort to grow it in hydro.  Soil does contain some nutrients already although these will almost certainly need to be topped up with additional food.  Hydro, however, is essentially the equivalent of an empty plate, which means you have to supply all the nourishment your plant needs.  Getting a hydro set-up right can be a lot more challenging than simply topping up soil with a supplement.  On the other hand, some growers believe that once the system is set up, it can actually be lower maintenance since you simply top up one reservoir per dozen plants.  Beginners could feasibly use a hydro system, but might want to think seriously about how committed they are about growing their own weed before buying the necessary equipment. 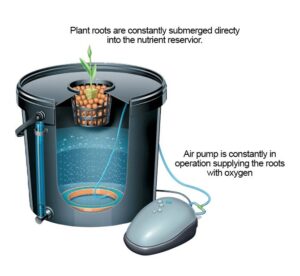 There is much more equipment involved in using hydro than in using soil and this equipment needs to be bought up front.  Over the long term, the cost can be set against the higher yields and increased speed of the growth cycle.  For beginners and/or small scale growers, however, it may take a very long time to reach break-even point.