What Are Heirloom Cannabis Strains?

You’ve probably heard of (and most likely tried) heirloom tomatoes, potatoes, peppers, and so on, but heirloom cannabis? This is indeed a thing and has been for a good number of years, at least in the cannabis culture strongholds of North America.

What’s the Difference Between Heirloom and Landrace Strains?

So what makes heirloom strains so special and how are they different from other kinds of cannabis found around the world? You may have read on this site about landrace strains and why they are so coveted. We wouldn’t have heirloom strains today if not for landrace seeds. But despite their similarities, there is quite a distinction to be made between landrace and heirloom varieties.

In a nutshell, landrace strains are characterized by their geographic origin and their ‘purity’ so to speak, in other words, their lack of cross-breeding with other varieties from around the world. They have been native to a particular area or region for hundreds if not thousands of years and have developed their own unique, stable features thanks to inbreeding and natural selection. Some notable examples include Thai, Durban Poison, Lamb’s Bread (Sativas) as well as Hindu Kush, Afghani, and Mazar I Sharif (Indicas).

Generally speaking, the term heirloom refers to a traditional variety of a plant not associated with large-scale commercial agriculture, in other words, the plant genetics have been passed down from one generation to the next on a small, local scale. In the cannabis world, however, the term refers to highly valued landrace varieties grown in a different location. Simply put, how mother nature intended them to be, just grown in a different location than they’re used to. 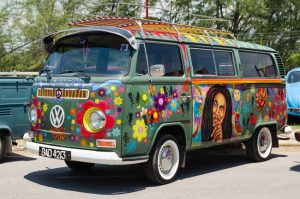 The origins of modern strain hybridization go back to the 1960s with the Hippie (aka Hashish) Trail that ran from Western Europe through the Middle East to India and Thailand. Hash enthusiasts would collect the seeds of landrace strains found along the way and bring them back to places like the Netherlands and the United States, where they would try to recreate the phenotypes of the originals. These varieties, specifically ones grown in California and Hawaii, would end up becoming what are now known as heirloom strains.

Landrace varieties native to the areas along the Hippie Trail ended up performing very well in Northern California, particularly Indicas from the Hindu Kush mountain range, as the terrain was similar thanks to both locations being on or near the 35th parallel. Sativas from Thailand grew very well in Hawaii due to the similar equatorial/tropical climate and the rich, fertile soil. In both cases, however, plants did produce slightly different phenotypes as a result of the different terrain and geographical conditions, making them distinct from identical seeds grown in their places of origin.

Much like landrace varieties, heirloom strains are thought to be the real deal, just as mother nature intended cannabis to be, meaning they haven’t been affected by human intervention. To some that might sound boring, however, to growers and breeders alike, they offer stability and consistency. For purists, heirloom varieties produce reliable results with every generation and are just what the doctor ordered. For breeders, on the other hand, they provide a stable backbone for creating hybrid strains that are found in many dispensaries and seedbanks today.

Thanks to their consistency, they can be used by breeders to repeatedly produce certain phenotypes of completely different varieties and maintain genetic stability. For example, by crossing a stable Indica heirloom known for its low height and high levels of THC, with a stable Sativa known for a particular flavor or aroma, it is much easier to produce a stable hybrid containing all of those genetic traits. In many ways, cannabis breeding is similar to the breeding of animals, in that genetics can produce different results with each cross and/or generation.

Modern cannabis hybrids can be particularly unpredictable with their phenotypes and as a result might contain an unnatural ratio of cannabinoids and terpenes (for example very high CBD/ very low THC), considerably varying from their parents, which underwent natural selection and are more genetically stable as a result. However, that doesn’t necessarily mean you cannot produce a stable hybrid. Some of the most popular and reliable strains currently available in dispensaries and seedbanks are hybrids of heirloom strains, which means they ultimately trace back to landrace varieties.

What’s In A Name? 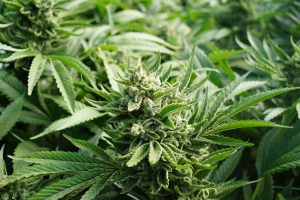 A good way of telling that a modern hybrid cannabis strain has stable heirloom genetics is by looking at its name. Until recently, cannabis was thought to be either an Indica or Sativa. Modern hybridization would lead to genetic dominance of one variety over the other, so a name would have to be given to distinguish as to whether it leaned more towards Indica or Sativa. Since many of the landrace Indica varieties were found in and around the Hindu Kush mountain range, the name ‘Kush’ was chosen to refer to the phenotypes these strains would typically produce. The ever-popular and classic OG Kush, as well as the famous Bubba Kish, are good examples of heirloom varieties that have been crossed to produce consistent and popular Indica dominant hybrids.

The naming history for Sativa varieties is a little different. It is believed that in the 1960s the “Haze Brothers” hybridized some Sativa heirloom strains resulting in the Original Haze, which was then brought to the Netherlands where it was hybridized even further, leading to the numerous Sativa-dominant strains found throughout the coffee shops in the land. These varieties would typically be taller and lankier in stature and would be fruitier and more citrusy in terms of aroma and flavor, hence the ‘Haze’ in the nomenclature. If you have ever tried Critical Haze or Amnesia Haze, you will recognize the Sativa genetics shared by both.

Ultimately the difference between landrace and heirloom strains boils down to them having the same genetics but grown in different areas. Both are prized for their genetic purity, stability, and reliability. Perhaps they do not offer the eclectic terpene and cannabinoid profiles of the most recent hybrids available today, however, there is something to be said about cannabis varieties with the genetics they have attained through natural selection. They have an unmistakable charm that connoisseurs will come back to time and time again. Sometimes keeping it simple is the best way to go.