How to Maximise Yield for Cannabis Plants - Part 2 – Preparation 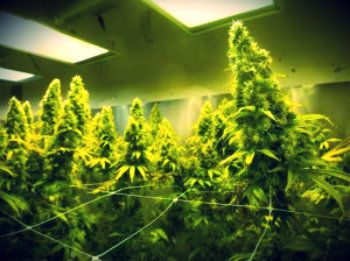 There’s a lot to think about when it comes to growing cannabis, and there are many ways it can be done. Growers today have the choice of grow room setups that involve soil, hydroponics, and even aeroponics to grow the biggest and best buds. And the grow equipment that’s needed varies widely depending on the way the cannabis is being grown.

Today, cannabis growers have more options than ever before. But, once you decide how you want to grow your weed, everything else will start to fall into place.

What is the best way to grow weed?

There really is no hard and fast “right” answer for this question. The best method for the grower really depends on how much space they have available, how much money they want to spend and, because there are pros and cons to each grow method, their own personal preference.

Like other plants such as tomatoes and peppers, cannabis loves to be grown in soil; and the best soil for growing weed is slightly acidic and drains well. One of the biggest advantages to growing in soil is that it keeps the plant in its natural habitat, and plants of any kind will always

fare better when grown naturally, and properly. Soil is also very inexpensive, as it only requires some containers, water, nutrients, and of course, the actual soil. Using soil also requires very little work on the grower’s part. Once the right nutrients are chosen, there’s very little work to be done.

So why are other methods of growing, such as hydroponics, so popular?

As natural and beneficial as soil can be, growing marijuana in soil also has its disadvantages. Typically, cannabis plants grow at a much more natural rate in soil, meaning that their growth will be slower, especially during the vegetative state. In addition, due to the organic nature of soil, it can also be a hotbed for pests and disease.

Growing cannabis hydroponically really refers to using any grow medium that’s not soil. This could include using coco coir, sand, gravel, misted air, or even straight water. When referring to hydroponically grown cannabis, it’s this last method that most growers are referring to. While it may not be the plant’s most natural environment, there are many benefits to a grow room set up for hydroponic growing. Plants grow the fastest during the vegetative stage of growth when grown hydroponically, which means they can be harvested sooner.
Under the same conditions that the plant would have in soil, such as light and nutrients, plants grown hydroponically typically produce bigger yields, especially under the hand of an experienced grower. Because bugs typically need soil in order to survive, a hydroponic setup can also decrease the amount of these pests that are sometimes found in and around cannabis plants.

Some growers, especially those that aren’t very experienced with growing, think that a hydroponic setup requires extensive maintenance; but that is not the case. While there are very complicated and extensive setups available, growers can also find basic kits for growing weed that don’t require constant care and maintenance.

However, hydroponic setups aren’t perfect either.

While some growers might find the higher cost of a hydroponic setup to be the biggest drawback, it’s actually figuring out the exact right nutrients for the plant. All cannabis plants have a “perfect” amount of nutrients, and some manufacturers will provide the exact formula. But when growers go it alone and try to figure it out, it can cause real stress and problems in the plants. While total control can be a benefit of hydroponic setups, it can also be a hindrance, as one small slip on the grower’s part can damage the plants.

One of the biggest problems growers will run into when growing hydroponically are problems with the roots. Because the roots are kept in water during the entire time they grow, roots can quickly begin to rot, taking the health of the entire plant with them. There are several steps that can be taken to encourage healthy roots, but it can take time to become familiar and comfortable with these steps.

Finally, combining a hydroponic setup with an outdoor setup can be difficult. While it’s certainly not impossible to grow marijuana hydroponically outdoors, it’s also definitely not ideal. It can be difficult to control the many components needed with a hydroponic setup, such as a sterile environment and temperature control. Those who need to grow outdoors may want to consider a soil medium, using either a container or planting them right in the ground.

their setups. Aquaponics relies on the use of fish within the hydroponic system. As the fish release waste that is potentially toxic to them, the plant will absorb it, transforming the

ammonia inside into nitrogen that the plants use to thrive. While this is a great ecosystem wherein many living things rely on each other, it can be an expensive setup and gives the grower more to maintain and care for.

Aeroponics work similarly to other hydroponic setups in water, except instead of the roots being suspended in water, they are suspended in the air and lightly and regularly misted with water. This can prevent a lot of the root rot that plants are susceptible to in other systems, but these systems can also be difficult to set up for beginners, and prefabricated grow room setups of this kind can also be more expensive.

Again, technically any growing medium that is not soil is considered to be a hydroponic setup. However there are other soil-less mediums other than water that when used, can make these cannabis grow systems feel very similar to growing in soil.

Coco coir is one of the most popular soil-less grow systems, but gravel, sand, and many other mediums can be used. These methods can bring faster growth, especially during the vegetative stage, although plants won’t grow as quickly as they do in a full hydroponic system. Also like

growing in full hydro systems that use water, soil-less mediums are also less likely to develop pests and diseases.

However, also like a full hydroponic system, figuring out the perfect formula of nutrients to provide plants can be difficult, and it can take longer to realize the mistake than in other hydro setups.

What equipment do I need for growing weed?

No matter how you decide to grow your weed, you will need some type of grow equipment. But the method you’ve chosen will decide on just how complex your cannabis grow system needs to be. The equipment required can include:

In addition to these, indoor growers also need things like bleach and other cleaning agents on hand to keep the grow room clean. This helps prevent things that can destroy the plants such as mould and disease.

What lights are best for growing weed?

There are only a few things cannabis plants need in order to thrive, and light is one of them. Those that have an indoor grown room set up will have to bring lights in to replace the natural light of the sun. There are many different types to choose from, and each brings with it their own pros and cons.

These lights are readily available, and can even be found at most grocery stores. They are very

affordable and best suited to small grows. CFLs can be purchased in “warm white” or “daylight.” The brighter daytime lights are recommended for the vegetative stage of growth, while the warmer lights are better suited to plants in the flowering stage. Because CFLs have a lower wattage than other types of lights, they need to be placed very close to the plants, which can cause burning.

Of these types of lights, there are two kinds: metal halide (MH) and high pressure sodium (HPS) lights. MH lights are similar to daytime fluorescent lights in the way that they’re brighter, cooler, and best suited to vegetative growth. HPS lights are warmer and so, more suited to the flowering stage of cannabis plants. Because of this, most growers choose to use a combination of MH and HPS lights when using HIDs. Those who can only choose one should choose HPS, as they’ll provide a good balance for the plants. While HIDs are less expensive than other types of grow lights, they are large lights that require
additional equipment such as ballasts. Also because they’re so large, they can use an excessive amount of energy, which can increase the cost of running the grow space. They also produce an incredible amount of heat, which will require exhaust fans to pull the heat out of the space.

Because of the technology that’s been used in most recent years, LEDs are now considered a legitimate form of light to use for growing marijuana. Watt for watt they use the least amount of energy of any other type of light while producing more light for the plants.

LEDs also don’t produce as much heat as HIDs and so they’re less likely to burn plants and may not require additional exhaust options. And because they don’t use as much power, there’s no additional equipment needed other than a standard outlet.
However, while LED technology has come a long way, it still is not cheap. Initial LED setup is one of the more costly lighting options.

There is a lot to know, and a lot of possible equipment to set up when growing cannabis. However, beginner growers should not be discouraged, as marijuana really is called weed for a reason, and all that’s really needed is a growing medium, water, and nutrients. Once those are taken care of, growers can keep it as simple as they’d like, or they can start to explore more complex systems that can provide them with bigger yields.