Is Marijuana Legal in Australia? 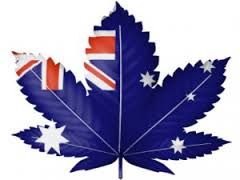 The laws surrounding cannabis in Australia are many, and they are confusing. Until very recently marijuana fell under the country’s strictest drug schedule, essentially placing a prohibition on the substance. It was not to be sold, possessed by anyone, or grown by anyone or they would face the strictest penalties.

In February of 2016, the federal branch of Australian parliament removed it from that schedule, still providing restrictions on it, but much more relaxed restrictions. This has led to some confusion surrounding marijuana law in Australia. Is it illegal? What does legalisation mean? What does decriminalized mean? Can a decriminalized charge lead to criminal charges? How far has cannabis legalisation gone in Australia – and how much further will it go?

While the laws in specific states of Australia vary, federal law has made general changes to cannabis legalisation for the country as a whole. Those are that medical marijuana has been made legal, but only for those with the most severe illnesses and only under the prescription of a doctor. The actual illnesses also varies by state, but the legalisation that caused so much flurry in February only allowed for some manufacturing and consuming throughout the country. Those who wish to manufacture it for medicinal purposes can do apply for a license to do so. However, those eligible will be also face limitations as medicinal marijuana will only be sold through pharmacies.

Marijuana for recreational use is still strictly illegal throughout Australia.

With this latest change to federal marijuana law however, certain states in Australia are also talking about changing their marijuana laws as well. The changes that have been made, or are still being considered are:

Of these states, there are three that have decriminalized cannabis altogether. They are South Australia, the Northern Territory, and the Australian Capital Territory. But what does decriminalization mean? Does that mean it’s legal?

In short, no. Throughout the nation, it is still illegal to possess, consume, grow or sell cannabis for personal or unlicensed medicinal use. For states that have decriminalized it, it remains illegal, but the consequences are less severe and don’t often include jail time. However, those consequences could become more severe if a person continues to break the law. The idea of decriminalization is often easier to understand when a crime such as speeding is considered. While speeding is definitely against the law, a person’s not likely to go to jail just because they stepped on the pedal a bit too hard. However, if the driver was going at excessive speeds, caused harm while doing so, or was found speeding on a regular basis, the penalties would become more severe.

What’s being done in the fight for legalisation?

Sadly, it looks as though this newest law that has been passed might be as far as any change to marijuana laws in Australia will go. It took a long time to get there for the federal government, and it’s thought that it will likely take a long time before they get any further.

The fact that certain states are beginning to take the matter into their own hands and change the laws, even going so far as to decriminalize it in some cases, it certainly a positive move in the right direction. That is after all, the steps that were taken in the United States as it becomes more and more legal there as well.

While cannabis advocacy groups such as HEMP (Help End Marijuana Prohibition) and the Australian Drug Law Reform Foundation are continuously working hard to get Australia to change their marijuana laws, it is still a fight that’s far from over.

How far is Australia from legalisation?

Bringing even more bad news to those cannabis advocacy groups is the fact that even if Australia were to make marijuana legal today, there’s still a long way to go. Even after that decision is made, it must be studied how to best distribute it, set up infrastructure and regulation boards for it, and ultimately decide what the legal marijuana scene in Australia would look like.

Some of the most positive Australian thinkers believe that marijuana will be legal in the country sometime during 2017. The reality however, is that that’s just likely not going to happen. After states and/or the federal government come to a decision to change Australia’s marijuana laws, there’s still at least another year before the public will be able to enjoy them.