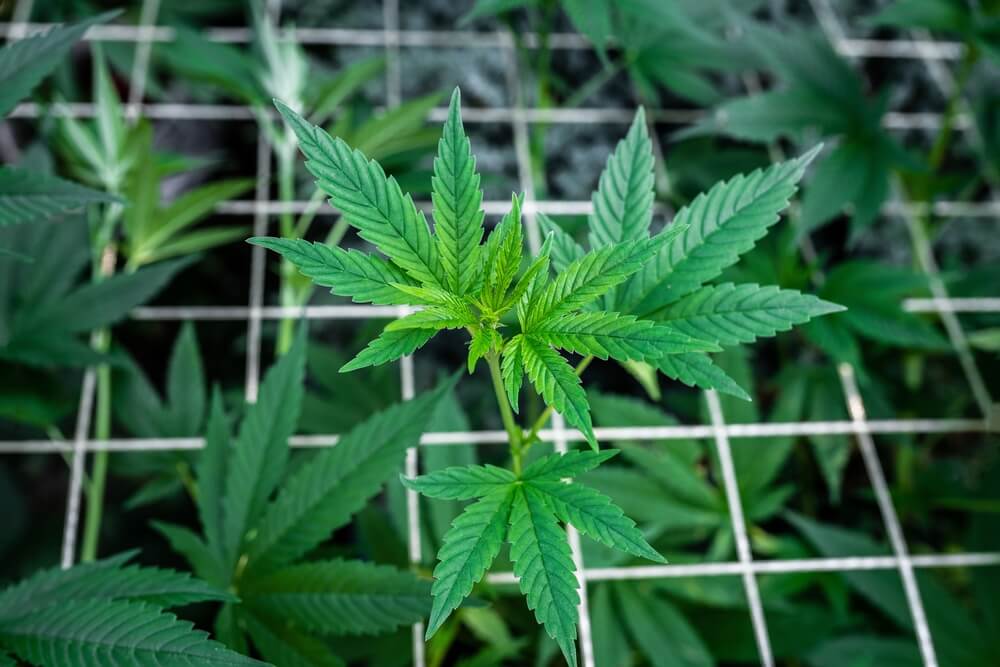 Growing cannabis, believe it or not, is incredibly easy. If you give the plant some good soil, water and light, it will do most of the work itself. Growing GOOD cannabis, however, can be a bit of a challenge and requires a combination of knowledge, TLC and perhaps even a bit of luck. The luck part unfortunately is out of most growers’ control, though you can increase your chances of a good harvest with the right amount of knowledge and attention. Nature has equipped the plant with everything it needs to do its thing. With some nurturing though, you can maximize the potential of your plants and make sure that the final product is of the highest quality possible.

Depending on what your goal as a grower is, there are several things you can do between germination and harvest (and even after harvest) to get the biggest yield possible, the greatest potency possible and the greatest amount of terpenes possible. Cannabis plants can certainly grow into monstrous beasts on their own under perfect conditions, however over the millennia, growers have learned that by manipulating them in a certain way during both the vegetative and flowering periods, they can become even bigger and more potent than if left to their own devices. This is definitely good news for those looking for bigger yields or higher THC content, particularly for commercial purposes, but it’s also good news for those who enjoy the nuances of the plant and are chasing those elusive terpenes, the driving force behind those wonderful scents and flavors we all love.

It goes without saying that any decent garden should start with good genetics whether we’re talking clones or seeds, though unless you are one of the lucky few that can access good quality cuttings/clones, it’s safe to assume you will be starting your garden with some old-fashioned seeds. Regardless of what your starting material is, you are going to want to learn and practice how to train your cannabis plants so that you get the maximum possible size, potency and flavor that they otherwise wouldn’t reach. It should be said that proper soil and nutrients are the driving forces behind terpene production, but you can take things up a notch with additional training techniques. Once you have obtained the desired yield, there are two other factors to take into account that will affect the final product, namely harvesting and curing. While your yield will remain the same once your harvested plants have been dried, when you give them the chop most certainly will have an effect on their potency, whereas the curing process will ensure that all of your hard work will not be wasted. There are a lot of details along the way to keep in mind before you take that rewarding puff of your final product but we’ll try to cover the basics so that you can enjoy that sweet smoke, no matter how experienced of a grower you are.

What are the best ways to train your cannabis plants

Training sounds like some arduous task you have to do on a regular basis, but in reality it’s not as complicated as it sounds. The techniques below include several types of training but also pruning and in some cases the two will be combined.

Also known by the low-tech name of bending. Low stress training is a technique that aims to keep your plants at a low height, which results in a broader, fuller canopy. It involves nothing more than bending the main top branch (growing tip) horizontally so as to inhibit the production of auxin. Auxin is a hormone that directs new growth and determines the shape of the plant by discouraging growth of the lower branches. As the main branch

Topping cannabis is a very simple method of pruning that doesn’t involve a lot of work, but the results can be quite impressive. Here you are removing the entire tip of the apical growing tip (terminal bud), which inhibits the production of auxin, much like LST. In this case however, the plant develops more shoots from the side of stem, resulting in multiple colas as opposed to just a single main one. Additionally, the new colas grow faster and bigger and the plant becomes bushier as a result.

Fimming is a technique that was discovered by accident after a careless gardener attempting to top his plant left a small portion of the top (actual quote: “Fuck, I missed!”) and decided to let it grow anyway. Going by its more scientific-sounding name of floribunding, this technique involves removing approximately 80% of the terminal bud in order to inhibit auxin growth and encourage the growth of multiple tops. Like topping, which is also a high-stress technique, plants develop shoots from the side, however topped branches develop two to four additional tops for each cut, meaning one single branch can produce up to eight tops. This can result in monstrous plants, particularly if done outdoors.

Manifolding is a combination of a few other methods already mentioned here. It starts with topping, then moves to low-stress training and finally uses some type of netting/ScrOG/support setup, though this last part is not always necessary. In the early stages of the vegetative period, growers will top the plant above the 3rd node after it has developed 5 nodes or more. Once the plant has been topped at the 3rd node and any growth (vegetation) has been removed, the two new shoots get tied down in order to create a manifold (y-shape). When those two shoots grow out a few nodes themselves, they also get topped and the process is repeated until you have the desired amount of colas or main lines, which could be as few as four or as many as a few dozen, depending on how much space you have. Once you have the desired amount of mainlines, your canopy will develop a uniform height and you can sit back and watch the show until harvest time.

This is another low-tech method of increasing your yields without much additional labor beyond the initial procedure itself. Supercropping is a high-stress training method (HST) like topping, in which you slightly damage the plant to initiate a defense mechanism in response, which usually means higher THC production. This technique involves gently pinching a branch (crushing plant tissue) during the vegetative phase and then positioning it into place so that the primary bud receives more light, thereby growing much larger than usual. Once the branch has been injured, it gets positioned into the desired angle (usually 90°) and then tied into place or propped up with a support. The injury quickly heals and the bud grows into an impressively large cola.

This is another technique that can be combined with others, such as training and defoliation, in order to increase bud size and overall yield. As the name indicates, the idea is to get your cannabis plant to resemble the shape of a lollipop (round at the top and a bare bottom). This is achieved through defoliation and pruning, ideally before the flowering stage. Bottom growth that doesn’t get much light (and as a result will result in small, unappealing “popcorn” buds) gets removed and the plant focuses its energy on bud production towards the top of the plant.

This is a relatively simple way of stressing plants in order to get them to focus on bud production. The idea is to remove large leaves (fan leaves) that are blocking light from getting to bud sites. While defoliation in the vegetative stage is possible without doing too much damage to the plant (think of it as a haircut if your plant gets way too shaggy), proper defoliation should take place in the flowering stage once bud production has already started. Just like with lollipopping, you want the plant to direct its energy towards buds that are getting a good amount of light, which will result in bigger buds and greater overall yields. If your plant is too bushy for the amount of light its getting, you may need to defoliate at an earlier stage, which will also help prevent things like mold and encourage better airflow.

Pro-tip No. 1 – You can supercrop to adjust canopy height, especially if you have one main cola. If you have ever found yourself in the unfortunate position of running out of vertical space and you cannot raise your light any higher, you can partially snap the main cola at the right height

Pro-tip No. 2 – If your dried buds lack that wonderful aroma they exhibited during flowering and have that grassy, hay-like smell, you can artificially give them a bit of pizzazz by throwing a lemon or orange peel into your curing jar for a week. They will take on a pleasant citrusy fragrance and make the smoke that much more palatable.

Your starting material (seeds) will give you the opportunity to produce a fine crop, however you can get even more THC out of your plants by practicing good T.H.C (training, curing and harvesting) of your own. If you love your cannabis plants the way you ought to, they will love you back with interest. Ready for that kind of investment? If so, happy growing!