What Are Weed Shakes and How to Stop Them? 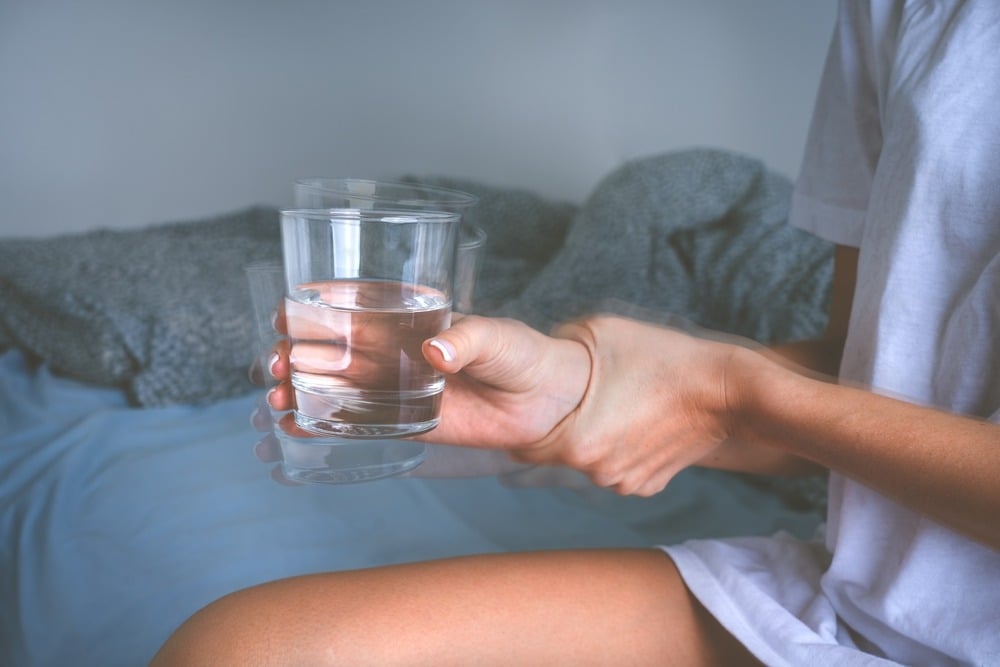 While cannabis consumption is mostly associated with happy, relaxing effects that induce euphoria and can reduce pain, anxiety, and inflammation (among a long list of other benefits), some people report feeling certain negative effects, such as paranoid thoughts, sore red eyes, and an uncomfortable increase in heart rate.

But, have you recently had a smoke (or eaten an edible) and found that your body is displaying some slight tremors or involuntary jerks, or even uncontrollable shakes?

Well, you're not alone.

While the jury may still be out on why some people find themselves shaking after cannabis use, the phenomenon seems to be anecdotally true. For the overwhelmingly vast majority of cannabis users who do experience some form of muscle twitching or shaking, the unwanted side effect is usually minor and not particularly concerning. But there are some among us who find the sensation a little worrying, especially if the symptoms last for an extended period.

So, what are weed shakes? And how can we stop them? Let's find out....

What Are the Weed Shakes?

Weed shakes are, essentially, uncontrollable tremors or shaky movements that can occur while high on cannabis. This can range from mild trembling or sporadic and singular muscle twitches to more intense shaking that can make it difficult to speak or write.

For the most part, these sort of experiences only happens after someone has consumed a larger than normal dose, or for people who are very inexperienced with THC and the other related psychotropic cannabinoids found in marijuana. They are most likely related to an increase in anxiety, brought on by too heavy a dose.

Weed shakes are also quite often reported by smokers who have taken a nice, long tolerance break - and have then returned to the herb but have failed to take the tolerance break into account. It takes just a few days of weed abstinence for those tolerance levels to start to drop, and after just a week and a half (or so), even the heaviest of smokers' tolerance will drop back to levels similar to those of someone who has never enjoyed the stick-icky. If you are a seasoned stoner who has taken a tolerance break, only to find that cannabis is slightly overpowering on your return, then you have most likely fallen into the age-old trap of trying to smoke the same amount as before the break. Best to slowly work your way back into the wonderful world of weed, instead of diving headfirst into the first pile of green laid at your feet.

What Are the Causes of Weed Shakes?

While there is not enough peer-reviewed research on weed shakes to give clear and concise answers on the true causes, there are a bunch of common sense reasons as to why they might occur. And, to go along with the everyday answers, there is some pretty clear anecdotal evidence that can back up some of the more possible reasoning.

Let's start with the most likely possibilities and work our down the list.

While weed is sometimes pointed to as an anxiety-killing wonder drug, the opposite can actually be the case, especially when the dose is much higher than expected. When the dose is too high, or when an inexperienced smoker huffs down a heftier than typical bowl, then it's anything but uncommon to feel the effects of too much THC.

There is research that points to the possibility that heavy doses of THC can lead to the amygdala becoming overstimulated, which can induce feelings of panic and paranoia. It goes without saying that some people will be more susceptible to overly nervous or anxious thoughts after too much weed. But we wouldn't be surprised if almost every cannabis enjoyer has, at one time or another, felt the prang of anxiety hit after a heavy smoking session.

Using weed as a therapeutic tool is all about finding that perfect balance, with a study from back in 2017 finding that " a low dose of THC produces subjective stress-relieving effects in line with those commonly reported among cannabis users, but that higher doses may non-specifically increase negative mood."

It also found that the difference in doses for producing these differing effects is smaller than what many may believe.  The smaller dose administered was 7.5 mg of THC, with the larger only being 5 mg higher.

And most people who have suffered from heavy anxiety will be able to report some physical sensations and symptoms relating to the experience. One of the more common being muscle spasms, or shakes.

It may be a simple case of lowering the amount you smoke per session or finding more balanced strains that contain higher traces of CBD and other phytocannabinoids. It could also be that your body doesn't react very well to certain terpenes, or that you deal with strains with lower levels of THC. There's no one blanket answer, as everyone reacts differently to different cannabinoids, so experimentation is key.

So, if you are a regular smoker who suffers from anxiety issues, and suddenly finds yourself shaking after consuming cannabis, then it may be worth considering that the two are related.

Look, we understand that this may seem super obvious, but when humans get cold, they shiver. Duh.

But what most people may be surprised by is that THC overindulgence can actually lead to a lowering of the core temperature, leading to uncomfortable chilliness. That said, if you find yourself shaking and experiencing an internal coldness after smoking a lot of weed, then it's probably for a pretty simple reason - you don't have enough layers on to deal with the cold weather.

Try to find a warm blanket and some comfortable clothes, and you should be back to that feeling of weed induced joy in next to no time. Why not also make a warm drink - there are very few things in life better than a hot herbal or green tea, or a frothy, warm cocoa when you are stoned and the weed shivers kick in. Coffee isn't recommended as the caffeine hit can exacerbate the issue.

Another common cause of weed shakes is just simple dehydration, which can lead to low blood sugar.

When smoking, your mouth can become dry and uncomfortable quickly, so it's important to keep a bottle of water close by throughout, or even a sports drink such as Gatorade or Powerade to provide a quick boost to hydration and energy.

When dehydrated, muscle contractions can become more pronounced, and depending on the severity of dehydration, you can find yourself feeling an array of uncomfortable sensations. These include shaking, sweating, chills and dizziness.

Also, smoking can lead to an increased heart rate and reduced blood pressure, which can cause feelings of faintness or light-headedness. So, it's important to always keep those hydration and blood sugar levels topped up while enjoying your favorite strain.

The days of mixing weed with tobacco may be over for a bunch of you (especially if you are a resident of the land of the free), but there are still a bunch of places worldwide where spliffs are the go-to, and these can sometimes lead to the shakes - especially for people who don't smoke cigarettes in their normal day to day routine.

Excessive nicotine intake can cause your heart rate to spike, thus leading to a trembling sensation. This is more commonly associated with taking in too much nicotine, rather than just smoking a joint or spliff on its own, but that doesn't mean it can't happen.

If you are using tobacco, then it is important to understand the effects that nicotine can have on the body and use it in moderation. There are also a variety of other smoking mixtures that you can use, such as honey rose, damiana, or our personal go-to - mullein, which both act as tobacco alternatives and can provide different smoking experiences. Mullein is a fantastic choice as, not only does it cut out the need for tobacco, but it is a flavorless option that allows those delicious terpenes to really shine through.

How To Prevent Weed Shakes

We have covered remedies to each of the major causes of weed shakes, but here are a few other tips that may help to prevent them from occurring in the first place.

Can Weed Cause Seizures?

Nope, not on their own anyway. If you are mixing drugs then there is a possibility of being hit with seizures, but this chance is very low and usually needs a predisposition to certain medical conditions.

In fact, certain CBD-heavy strains are known to have strong anti-seizure properties, and this was one of the first ways that cannabis was used medicinally in the modern era. So, if you are looking for a strain that can help reduce the chance of seizures, then it is probably best to go with one that is high in CBD.

Although the weed shakes can be somewhat off-putting, once you know how to control them then they shouldn't be a problem. Understanding the causes and knowing how to prevent them can make all the difference when it comes to you enjoying your cannabis-related experiences and reducing any anxiety you may feel about the idea of using weed products.

So, why not get out there and take some time to relax in nature, or kick back on the couch with your favorite movie? Just make sure you have the right strains and enjoy those green sensations without any anxious thoughts clouding the experience.