What is the Difference between Weed and Hash?

Those who are new to the world of cannabis may come across hashish, or hash as it’s more commonly known, and wonder if they should choose it over weed. What is hash, exactly? And what in the world does it have to do with marijuana? 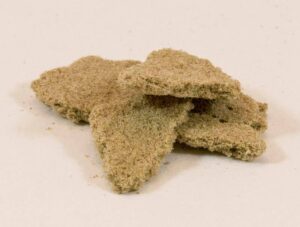 In order to understand what hash weed is, it’s important to understand the anatomy of a marijuana plant, which actually consists of two parts. The first part is the actual plant material, including the stalks, flowers, leaves, and buds. Of these, only the buds hold any significant THC, the part of the plant that produces the high smokers and growers are looking for.

On those buds are trichomes, or the tiny hairs that are white to amber in color, and it’s these trichomes that make up hash. They are actually tiny glands, also known as ‘kiefs’ and they are
truly the ‘golden’ component of the plant, as they contain most of the THC. When hash is made, these trichomes need to be separated from the rest of the plant.

‘Weed’, as it’s become to be most commonly known, is part of the cannabis plant and goes by a number of different names including marijuana, Mary Jane, herb, grass, and pot, to name just a few. Weed is the flower, or the bud, of the cannabis plant that is dried then cured, and cut so that it can be consumed, typically by eating or smoking. The buds of the cannabis plant are the only parts of the plant that have any significant THC, the psychoactive component of weed that produces the high users are looking for.

So is hash made from weed?

Yes. Without weed, there really is no hash. The best and purest hash contains mainly trichomes, with little to no plant matter. However, there are times when plant matter will pass through the screening process and make its way into the hash. While this will affect the purity of the hash and as such will affect its grade, other parts of the plant such as the stalk and leaves do contain some THC, so it’s not as worrisome as some may initially think.

How is hash made?

When hash was first discovered in the Middle East and Southwest Asia centuries ago, some legends have it that the discovery was made during harvest season 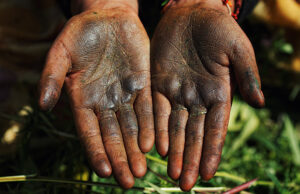 . After farmers finished picking the buds from the crop, they’d be left with residue on their hands, which they’d scrape off to clean. After consuming these scrapings, hash was found and the process for collecting trichomes has become ever more advanced.

Of course, the rubbing technique is a simple one, and one that’s used by those today who just happen to have a good amount of marijuana that they want to play around with. However, because of the time involved for a smaller yield, this is not a technique that works in commercial applications.

What works just as effectively is using screens to remove the trichomes from the plant. Using the same concept as rubbing fingers and hands together, one screen holds the plant material while another is gently placed over top of it and slowly rubbed back and forth, forcing the keifs off of the plant. Sometimes several screens are used, with the mesh becoming finer the more the plant material is rubbed. Underneath these screens, mirrors or other flat, non-porous materials are placed to catch the trichomes.

Once the trichomes have been separated from the plant, they can then be pressed into a brick. When hash is made using the screen process, it’s typically a bit darker in color as a small amount of plant material will inevitably make its way into the hash.

Some hash producers use screens that are inside drum machines, a machine that will automatically shake the plant matter inside small bags that are entirely mesh. Like the manual screen method, the mesh of the screens get subsequently smaller so that only the purest hash is left at the end of the process. This will be left as a residue around the inside of the bags, and like nearly all methods of hash production, it can then be scraped off.

The type of screen bag and the number of screen bags used will determine the ultimate grade of hash produced, which varies on a scale of 25u to 220u. Knowing the grade of screens and bags to use is important in hash making, and it will vary depending on the strain of marijuana that the hash is being obtained from. Sativa strains will do best with the smallest micron size, 25u, while micron grades of 160u are usually used for Indica strains.

The effects of hash weed

Because hash weed has such high amounts of THC, usually sitting anywhere from 70% - 90%, users can expect to feel many of the effects that they would after consuming marijuana, but in much more pronounced ways. Most users smoke or consume hash in order to feel relaxed, forget about their stress, and to put them in a better mood. However, there are other side effects that can come with hash including:

While many of these side effects can be felt after consuming marijuana as well, they are taken to new heights after consuming hash. So too, is the resulting high, as it can last as long as four hours.

Is skunk a type of weed?

‘Skunk’ is a term surrounding weed that has many different meanings to people, and it often depends on what global region of the world it’s being said in.

Some refer to ‘skunk’ as simply weed in general, meaning that it’s any type of weed. While the smell of skunk is often associated with weed, it’s an understandable reasoning of the term, it’s incorrect.

Often people in the United States refer to skunk weed as weed that has a particularly strong smell of skunk, as strains such as  Super Skunk and White Strawberry. While this is a logical interpretation of the term, it’s also wrong.

‘Skunk’ in the UK is most commonly used to refer to high-quality weed, or weed that’s high in THC. This too, is inaccurate.

The only time it’s 100 percent correct to refer to weed as ‘skunk’ is if it actually comes from a skunk strain. There are many, but the original is Skunk #1, which was first bred and grown in
the 1970s and is a cross of hashish strains from Pakistan and Afghanistan, and sativa strains from Central and South America. Today, many strains have been crossbred using Skunk #1, and these can also be considered true skunk strains.

The effects of weed

While users consumer weed looking for most of these side effects, long-term effects of using weed have been said to be decreased memory function, and an increased risk of respiratory diseases associated with inhaling any type of smoke into the lungs.

Hash VS Weed: Is hash better than weed?

This is a question commonly asked, especially by those that have yet to try hashish. Truthfully, the answer to the age old hash vs weed argument is purely subjective. Hash does contain much more THC than weed does. So the answer to is hash stronger than weed is in fact yes. Consuming weed in its most basic form is thought to give the least potent high. It’s for this reason that some users call hash “brown gold,” or “the best smoke one could ever have.” However, that doesn’t mean it’s for everyone.

When the positive, happy side effects are increased with hash, so too are the unpleasant side effects, and effects such as paranoia and anxiety with hash are too much for some. Others simply really enjoy their weed.

The only real way to tell if hash weed is for you, and if you think it’s better than weed, is to go ahead and give it a try!

If you are looking for the next steps, check out Hash Plant Seeds, or Hash Bomb Seeds.