Everything You Need to Know About the Trainwreck strain 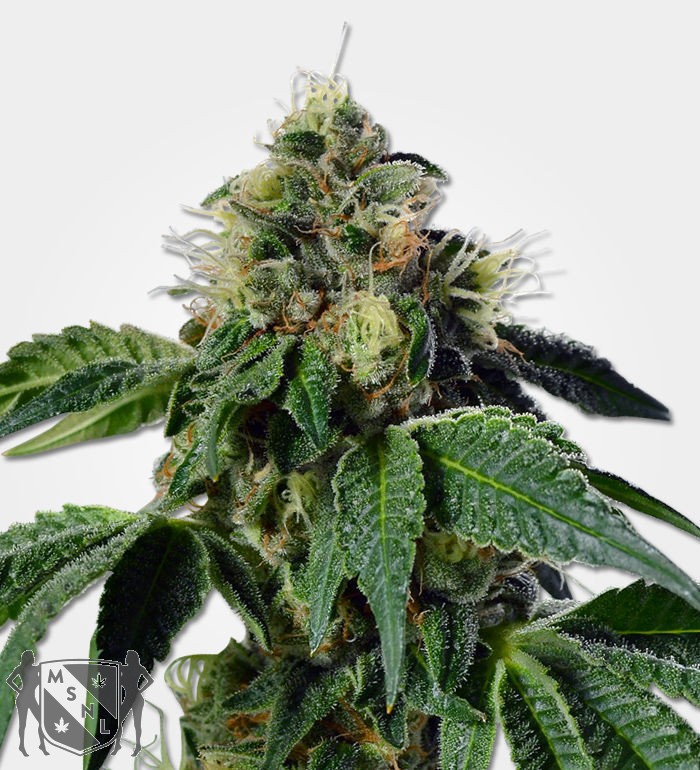 Upon first seeing the Trainwreck strain, particularly if you’re looking at a plant still in the ground, you may think you’re looking at a pure indica. That’s because the plant grows short and wide, a characteristic that’s true to most indicas. But once you begin smoking it, you’ll realise just how much sativa is in this strain. And with a THC content that’s over 20 percent in many cases, it’s a strain that lives up to its name.

Like most cannabis strains, the history of the Trainwreck strain is shrouded in mystery. It’s thought that it was bred by Eric Heimstadt in California circa 2000, according to Cannabis Pharmacy. However, other experts date this strain back to the 1980s, meaning it would be around for nearly 20 years before Heimstadt got to it. And still others claim that Trainwreck is a classical strain that’s been around since the 1960s.

No matter who first bred the strain, it has been verified that it’s a strain that comes from Northern California. And while the strain’s history is currently a matter of debate, so too is its name. While many believe ‘Trainwreck’ to simply be a play on the strain’s mighty effects, others believe it was first grown by a railway site and that a crash resulted in the strain’s new name.

What is known about the strain is that it’s made up of a mix of strains that make up this hybrid and those are Mexican, Thai and Afghani. With only one strain of these being an indica, Trainwreck is known for producing a fast-hitting cerebral high that will give users energy, creativity, and become more aware of themselves and their surroundings. The high sativa content of this strain makes it a perfect medicinal strain for many.

While the sativa will be the most dominant and therefore, the first to be felt among users, the indica portion of the strain will settle the stone down, giving people a sense of calmness and relaxation.

While users may love the high that comes with Trainwreck, many find that they don’t appreciate the taste quite as much. The aroma Trainwreck gives off, both while being smoked and while still in its container, is musky, deeply earthy, and with a bit of pine.

All of those different aromas make their way into the taste of Trainwreck as well, and many find it’s this they have the biggest problems with. Some have described the taste as “rancid,” and in one case, even “putrid”. While that may be a bit of an exaggeration, Trainwreck is not known for being one of the better-tasting strains.

However, the high that it gives one in exchange makes a few minutes of a bad taste in the mouth seem well worth it. And, while the flavor of the strain may not be the most ideal, it does make for a very smooth smoke with very little throat hit.

That high is incredibly potent, thanks to the 20% - 25% THC content found in the strain. In addition to this, the high sativa content within the strain provides effects that are not only incredibly potent, but will also keep users coming back for more. The sativa portion of the strain will have users feeling euphoric, uplifted, happy, relaxed and energetic.

But the strain is not all sativa, and with some indica in the mix, these effects are going to be felt as well. Due to its Afghani roots, Trainwreck does bring a bit of indica couch lock, and it can be pretty heavy for some users.

Along with the formidable high Trainwreck produces, it does also bring with it some less desirable qualities, especially in novice users that consume too much of it. Those include the classic dry mouth and dry eyes that just about any strain is likely to bring, as well as a deep paranoia that can leave smokers feeling on edge and anxious.

It’s ironic really, since most medicinal users report that Trainwreck is very effective at treating stress, depression, pain, headaches and lack of appetite. The strain has also been found to be a great treatment when used for insomnia, menstrual cramps, nausea, muscle aches and damaged nerves. Trainwreck can also bring with it a bit of munchies, which is why it’s so good at treating a lack of appetite.

Trainwreck is a very versatile strain that grows well both indoors and out. As mentioned, the plant first looks similar to an indica, with a sturdy thick stem that can grow a little unruly if not properly maintained. Indoors, it can grow as high as five feet tall under the right conditions.

When grown inside, Trainwreck seeds are ready for harvest in about ten weeks, although they’ll need a bit longer than that when grown outside. Because of that, and the fact that the threat of frost may come before plants are ready for it, it’s most recommended that Trainwreck is grown indoors rather than out. To get the best results when growing Trainwreck outdoors, it should be planted in compost and harvested in autumn. Buds will be tight, dense and sticky when they’ve reached their maximum potency and are ready to be picked.

Trainwreck is an extremely potent strain that has a high lending itself more to a sativa than an indica; although it may look more like an indica during its growth period. While it does bring the energetic, euphoric and uplifting high of a sativa, it also settles down into a much calmer and more tiring couch lock. The THC content of this plant is 20%, and sometimes even more than that. So no matter what type of effects a user feels, they’ll feel them quite strongly.

Medicinally, this is one strain that has the power needed to banish away any ailments one might be feeling. Trainwreck is also a fairly easy strain to grow, particularly when it’s grown indoors. Here growers will not only find faster finishing times, but also that frost and other elements will not be an issue.

Trainwreck has been a favorite among cannabis users for years, and it’s easy to understand why. When it comes to balanced hybrids and strains with a high potency, there are few strains that can compare to Trainwreck.