The difference between male and female Cannabis (Marijuana) plants 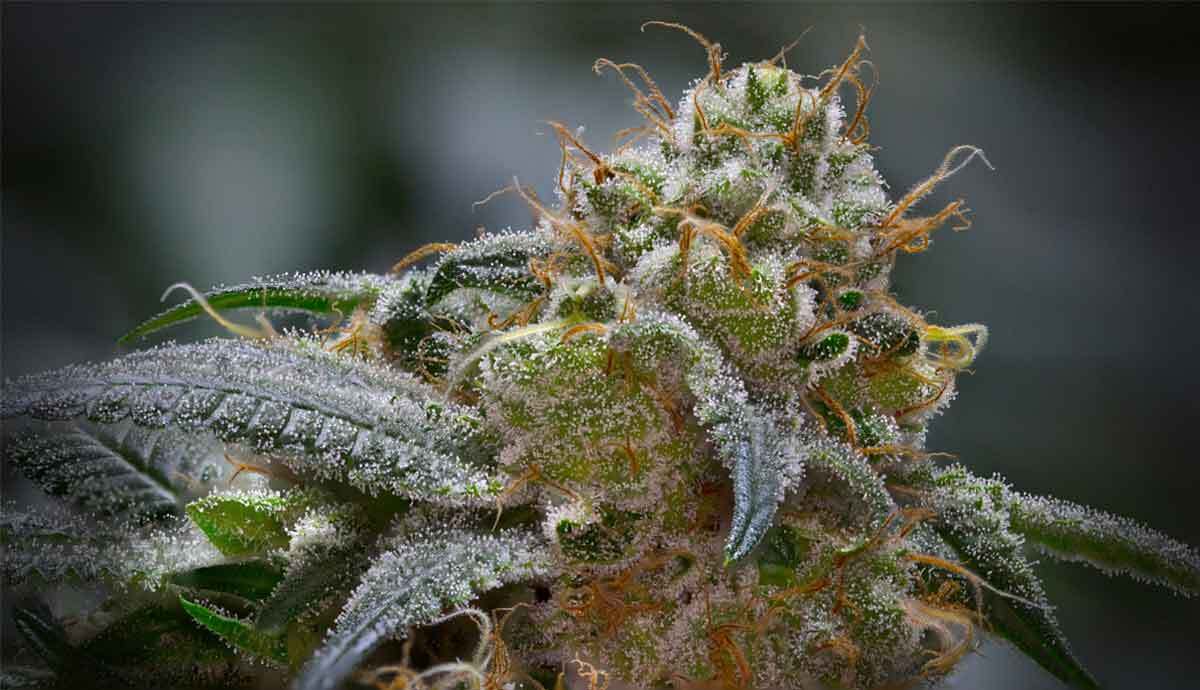 Unless you buy your seeds from a known breeder of female plants (like us at MSNL) you simply cannot determine whether a plant is male or female in seed form. Only feminized seeds will guarantee female only weed. It’s not until a plant grows that you can then distinguish whether it’s female or male. Unfortunately, growing both marijuana sexes in the same room can be disastrous for the crop. The male can quickly pollinate all the females losing the bud properties of the female plant. 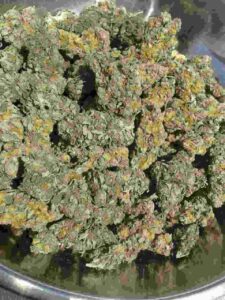 Only the female variants of cannabis plants contain a usable amount of THC which is why most growers are only interested in the female plants. Identifying male plants isn’t always straight forward and the risk to pollinating females can throw out an entire crop. Male plants grow pollen sacs which then pollinate the females. Once pollinated, the females use so much energy to produce their seeds that you won’t get the buds you’re looking for.

Starting with feminized seeds is the way to avoid problems with male plants. Hence the commonly named category of marijuana seeds.

The key to identifying the males from the females is the pollen sacks. Being able to identify the sacks or balls earlier enough gives you the best chance of removing them. However, you’ll need to watch them closely; they can grow in the space of just a few weeks and missing them can mean the existing female plants are likely to get pregnant!

There are other techniques you can use such as the one Grow Weed Easy have which are useful. This involves comparing plants and marking them so that the sexes can be identified at as early a stage as possible.

Grow-marijuana.com also provides some useful information stating that you can identify the sex of a plant before flowering starts between the fourth and sixth week of vegetative growth. Apparently it’s easiest to find out the sex during the second week of flowering when the organs are far easier to identify.

Finally, there’s a good Wikihow article that shows more visual ways to identify sex based on the physical characteristics. However, it’s important to keep in mind that this will greatly depend on the strain being grown.

According to Wikihow size is one way of telling between the sexes at an early stage with females growing much shorter than the males. 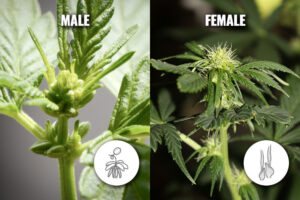 The Grow-Marijuana.com article also mentions to look out for white hairs growing on the plant which indicate a female. These are known as pistils used for capturing the pollen from the males. Once they capture this pollen, they change colour – a useful indication that any efforts made to identify them are too late.

There are also plenty of videos available on YouTube which help identify marijuana plants as male or female. 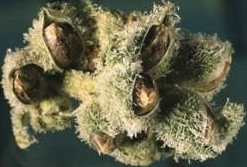 Cannabis is naturally speaking a ‘wind pollinated’ plant meaning that they rely on the wind to transport the pollen from the pollen sacks on the males over to the females and their hairy pistils. Once these have captured that pollen they become fertilised and seed production kicks in. Not the most fun for of reproduction but this is how baby Marijuana is made. What results are small sacks on the females called “calyxes” in which the new seeds are being formed. Once ready, the calyxes will begin to open to reveal dark coloured seeds. These are then ready to be picked and re-planted to form a new cannabis plant.