Fruity Pebbles Strain Review - Everything you need to know 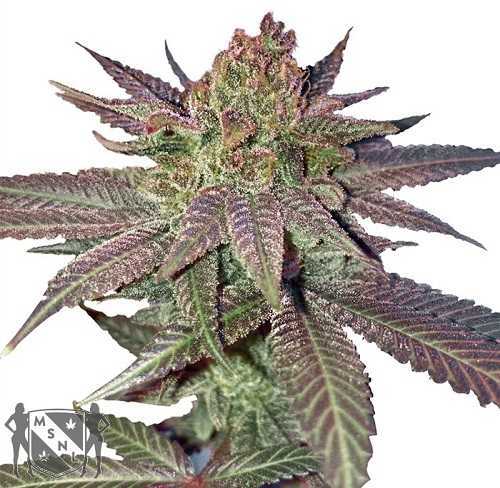 Fruity Pebbles strain has been on the market since 2006 and has been a favorite of marijuana connoisseurs ever since. The strain was so popular when it first came out that a package of seeds could cost a grower up to $1,500. Luckily, that price has come down since that time.

Today, growers and fans alike can enjoy a bowlful of Fruity Pebbles at an affordable price, so everyone can savor the fruity taste and colorful buds for which this strain was aptly named.

The Fruity Pebbles strain first originated in California in 2006. The original was a cross of Green Ribbon, Granddaddy Purp, Tahoe OG and Alien Kush. Today, different breeders and seed banks have taken those genetics and run with them.

At MSNL, the genetics were developed from a treasured clone of the original and include the original genetics of Green Ribbon and Grandaddy Purp, with Tahoe Alien thrown in to make it truly something special.

Phenotypes always vary. However, MSNL’s Fruity Pebbles contains the outstanding genetics that put this strain on the map, along with some tweaks in our own development to make this strain nothing short of exceptional.

Just like a bowlful of the fruity cereal, Fruity Pebbles strain brings with it a variety of colors. While it will grow green during the vegetative stage, throughout the flowering stage this strain will show off its many hues. Leaves may turn purple and/or pink, while bright orange hairs will start to pop up all over the glorious buds. An array of sparkling trichomes are added to all this color as well, making for a plant that’s glorious to look at.

But of course, it’s the taste that really makes this strain the favorite of flavor specialists. Those looking for sweet and fruity tastes will find them all here. Those flavors range from different types of berries, cherries, guava, and even a hint of pineapple. On the back end, the taste of citrusy orange and lemon cuts through the sweet flavors to balance out the palette.

What are the effects of Fruity Pebbles?

The similarities to the breakfast cereal don’t end at the flavor and look of this strain, though. The high can be described as cerebral, providing energy and a euphoric high after just a couple of puffs. Going slow will allow users to get creative, pumped up for a new day, or even energetic enough to exercise. It’s these characteristics that make it great for a morning smoke, perhaps before diving into a bowl of the fruity cereal to stave off the munchies.

Is Fruity Pebbles indica or sativa?

While it is officially a hybrid strain, it leans heavily towards the sativa end of the spectrum. However, Fruity Pebbles plants tend to grow slightly more like an indica with a dense bushy foliage topping out at around 6 feet tall. Although being a hybrid there are various phenotypes that could be more sativa leaning.

How strong is Fruity Pebbles weed?

Fruity Pebbles is definitely not a strain that will bring on any couch lock when used with caution. However, it does still contain a THC content between 19 and 22 percent, so beginners should go slowly at first. Given that it is slightly more sativa Fruity Pebbles provides a creative uplifting high that makes it a great daytime smoke.

Fruity Pebbles has been called a difficult grow for novices. As long as the plant is given plenty of space, and proper growing techniques are used, it will remain healthy and provide an abundant yield for any grower.

At first, plants will grow like a true indica. Dark green leaves will emerge from thick stems that grow tight and close together. As the plant moves through the vegetative stage, the foliage will become thick and dense. As it enters the flowering phase, the colors will start to appear, alerting growers to the fact that something magical is about to happen.

Throughout the final weeks of the flowering stage, the plant shoots up to increase by at least 50 percent of its size, and as much as 100 percent. It’s during this phase that the plant leans more towards its sativa genetics, reaching a final height of about five to six feet in total.

Due to its massive height, growers should be sure to trim fan leaves to allow light to penetrate to the lower branches and buds. Flowers may need to be staked and tied in order to grow properly. Those growing outdoors want to ensure the plant is grown in a temperate climate throughout the growing stage, and that it receives plenty of sunlight.

The fruity aroma of this strain is strong, even during its growth stage. For this reason, growers that want to remain discreet are recommended to install carbon filters or exhaust fans when growing indoors.

While Fruity Pebbles may not be a “plant it and forget it” strain, any extra work the grower puts into it will be well worth it. These plants have been known to yield anywhere from 400 to 500 grams per square meter.

Should you grow Fruity Pebbles seeds?

Fruity Pebbles has a lot to offer to those passionate about great marijuana strains. With fruity flavors, lots of colors, and a THC content that’s hard to beat, it’s no wonder seeds for the strain used to go for such a pretty penny. Luckily, seed banks today have not only perfected the strain, but also made it more accessible to anyone that wants to start, or even end, their day with a bowlful of Fruity Pebbles.

Overall the Fruity Pebbles strain is a bit of an all rounder, not only is it an awesome smoke, it produces a nice 22% THC and yields a fair 500g/m2, so why not have it in your next grow room?