Everything you need to know about the Pineapple Kush strain 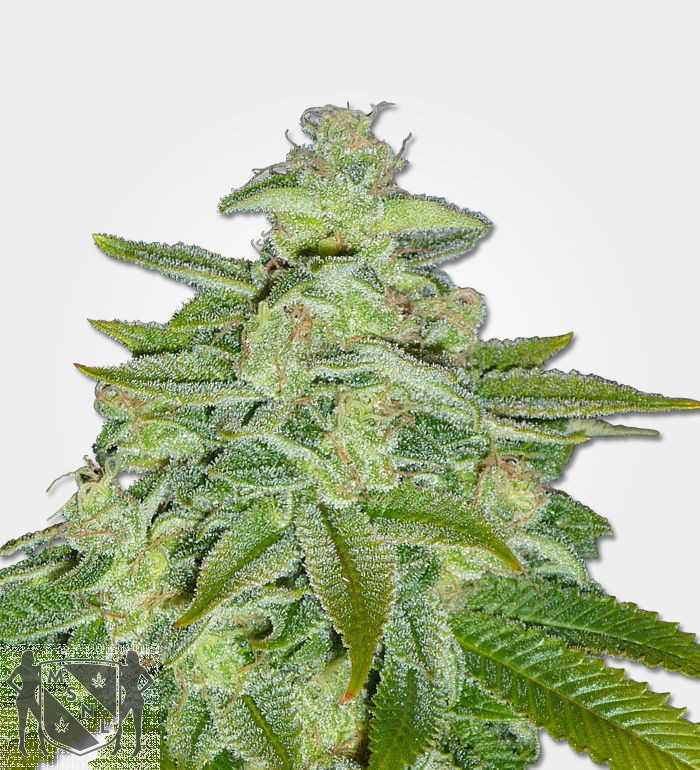 With two its two parent strains, Master Kush and Pineapple OG, Pineapple Kush has some great genetics behind it.

Unfortunately, the original breeder of this fan favourite strain remains a mystery, even though it’s been around for quite some time. Due to this, it’s difficult to find Pineapple Kush seeds in their original form. This is due to the fact that there was simply no one to ensure they were kept and preserved.

What are the effects of the Pineapple Kush strain?

Pineapple Kush is an indica-dominant strain. It brings on a very potent high but is not overwhelming. However, it’s not really ideal for work or even hanging out with friends. The effects are felt in both the head and throughout the rest of the body. They also leave users with both the feeling of cotton-mount and hazy eyes that are perpetually bloodshot.

Pineapple Kush will start out making you feel awake, energised, and happy. Eventually those feelings give way to a calmer, more relaxed body high that will settle you in for a great couch-lock. What makes this strain even better for a night in is that it helps increase appetite and creativity.

Many people use Pineapple Kush for relieving a number of physical ailments. Nausea, pain, arthritis, headaches, and menstrual cramps are just a few of the physical conditions this strain can help. As for psychological conditions, it works on these, as well. This strain is known for alleviating insomnia, anxiety, ADHD, and depression. Overall, it helps with just the general stress of daily life.

There are many things Pineapple Kush can help with. However, even those accustomed to smoking high amounts of cannabis should be careful. This strain is a potent one, with THC levels between 18 and 24 percent. The CBD levels are typically between one and four percent. It’s that CBD that will really help with some of those physical ailments and provide a lot of relaxation. Even just one-quarter of a gram will provide extremely relaxing effects for two to three hours. Only after this time should someone try another dose, so they can ensure they don’t take it too far.

Just like the effects are strong in Pineapple Kush, so too are its yields. It’s said that growers should expect about half a kilo for every square meter grown.

As one would expect, Pineapple Kush has a very strong and distinct pineapple smell from when it’s first lit. Mixed into that sweet smell are notes of pine and earthiness. The smell is potent and strong though. For those that are worried about remaining discreet, it may be best to use it in less populated areas. It’s also a good idea to have plenty of odour busting sprays or equipment nearby.

That aroma blends into the sweet taste of the flowers, although there are also earthy undertones. Also detectable under all that fruity taste is even more sweetness. Many liken it to buttery caramel.

Due to its sweet taste, many users have even said it’s an ideal strain to use for edibles. It will add another level of sweetness to things like brownies and cookies. However, the sweetness of this strain can also bring a nice balance to things like tart salad dressings. Any time you want to add a bit of tropical goodness, you may find that Pineapple Kush is the perfect thing to do it.

How to grow Pineapple Kush

Pineapple Kush is such a great strain, many people like to grow it on their own. The good news is that this is a very easy strain to cultivate. Indoors, Pineapple Kush has a flowering time of approximately eight to nine weeks. Outdoors in most climates, it will flower in late September or early October.

The strain is ideal for either indoors or out, as it only grows to about medium height. That’s fairly typically for an indica-dominant strain. When taking Pineapple Kush outside, it’s important to remember that like most strains, it will do best in a warm and sunny outdoor climate. It will also grow much taller when taken outside. Although this strain can be grown either inside or out, it’s also important to remember that it will do best indoors.

No matter where it’s grown though, these plants are always particularly resistant to mold and mildew. This is likely because this strain loves high humidity levels. It will also fair best when sitting in temperatures that sit between 68 and 80. It’s these temperatures that make it so much better suited to be grown indoors where growers can control those temperatures.

As the plant grows, it will produce dense buds that are covered in resin. Those buds will also become covered in tiny, bright orange hairs. That orange hue will actually start to overtake the green. This already gives you a hint that you are ready for a tropical treat.

Pineapple Kush does great in many different growing mediums. Soil and hydroponic setups are said to be best for this strain. When bringing it inside, a SOG (sea of green) method will help yield particularly bountiful and beautiful plants. Within this setup it’s easier to keep the plants nicely pruned and to direct the growth of the top colas. The trellis within this setup will also keep the plants from toppling over.

Growers will also need to top or trim this plant regularly. As the top leaves become very bushy, it will prevent the lower leaves from getting the air and light they need. As the top leaves are trimmed, it will help ensure the entire plant gets everything it needs to turn into a great grow.

This strain is also a very hungry one. It can handle a lot of nutrients, particularly CalMag. As it moves into its flowering stage, it’s important to dress the top soil with phosphorous-rich nutrients.

Takeaway - Should Pineapple Kush be in your next grow room?

Pineapple Kush has comfortably earned itself a place in the cannabis hall of fame. With a fruity taste and smell, this strain is potent but not overwhelming so its suitable for beginners and connoisseurs alike. Its strong indica heritage, high THC and moderate CBD levels lend its uses to a long list of ailments, so its not just a great strain for recreational smokers.

Pineapple Kush is also an easy to moderate grow. It is particularly resistant to the mold and mildew growers often have a hard time with. Even more, it produces a fairly substantial yield. That means that those who want to try their hand at growing it will have plenty of bud to last through until next season.