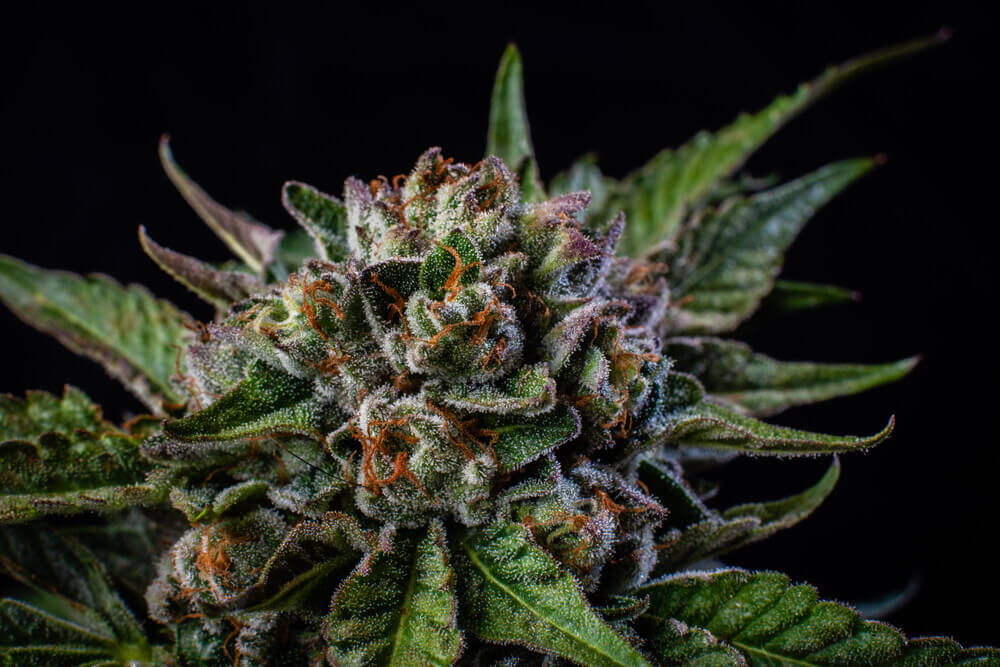 Sometimes referred to as White Gushers (thanks to its heavy trichome production that layers the buds with an almost snow-like frosting), the true Gushers strain has become one of the most sought after genetics in dispensaries. It boasts one of the more exciting terpene profiles in the candy-flavored range, which is all the rage right now, a balanced hybrid 50/50 split between Indica and Sativa, and a truly colossal yield potential - this top-shelf weed strain has been the talk of the town ever since hitting the shelves just a few months ago.

But what can you expect from the high, and how hard is it to grow?

Seems like a simple question, but really it is anything but. So, grab a seat, take a toke, and settle in as we dive deep into the Gushers strain and find out exactly why it is one of the most popular options on the market right now.

What are the effects?

I recently heard someone describe smoking this strain as "like having a long conversation with an old friend", and somehow that kind of makes perfect sense. You know that uplifting feeling that comes with chatting with someone who really knows you, and knows the right questions to ask? That's not so far off the cerebral headrush that comes with the initial high of the Gushers weed strain. Think dreamy, inspiring, and satisfying all at the same and you're in the ballpark.

We found that after that rush at the beginning, Gushers quickly mellows out into a beautifully relaxing high that is perfect for a stress-free evening in, or for enjoying some time with friends. It never quite reaches the "couchlock" level of many Indica dominant strains, but there is a very noticeable body stone that comes along for the ride. If you enjoy getting stoned and taking some time out on the couch with an engaging movie or TV series then this is the weed you've been hunting for, no doubt.

Is Gushers a potent strain?

With the total THC content topping out at 20-24%, it's not going to break any records. But 24% is still strong stuff, although, it isn't always about THC level. The more we research weed, the more obvious it becomes that the overall effect is determined by also the terpene profile, and the other cannabinoids present.

TDLR: Yes, its strong. Not the heaviest bud in the world, but certainly no slouch.

Is Gushers strain good for sleep?

While the high does begin with a nice headrush, it quickly calms down to the point where you enter a very relaxing state. This is a great strain for those among us looking for some relief from insomnia related issues.

Like many specialty strains hitting the market in the past few years, Gushers is not the most straightforward phenotype to grow. That's not to say it's one of the harder strains we've tried our hands at in the recent past, but there are a couple of key points to consider.

First up, we wouldn't 100% recommend this strain for pure beginners. If you have never grown weed before then you should go for a strain that is known to be simple and easy, and forgiving of any mistakes you will inevitably make on those first few runs. Gushers is a medium-sized strain, usually topping out at around the four feet mark (130 cm) but has been known to grow up to six feet (180cm). She is usually more of a lateral grower than a sky-scrapper, and as such, some basic training methods can go a long way in boosting the overall yield.

What are the Best Training Methods for the Gushers strain?

If you want to get the most out of your Gushers plants, then we recommend topping her when she is still relatively young. By removing the main apical cola, you force the plant to put more energy into developing that lateral growth that she is already prone to, this encourages a more even canopy. Once you have topped your Gushers strain plants, we recommend waiting until three more nodes have developed on each new stem and topping again. This splits the main cola into four heads. If you have a long vegetative period then you can even go again, but we found that the double topping method worked great.

Keep in mind, you need to be incredibly careful when topping, and you should always use a super sharp blade. We have also heard reports of experienced growers finding that topping was too harsh for their Gushers crop, so it might be best to give it a miss if you have any doubts.

We also had impressive results from just using LST (Low-Stress Training). This is a great method for training cannabis and is safer as it involves little actual stress on the plant, and therefore is perfect for those of us who are not looking to put our girls through any unnecessary hardship. You simply bend and tie the stems in the direction you want them to grow and continue to keep the whole canopy at a similar height throughout the entire run. This helps ensure that every bud site gets an equal amount of light.

In our experience, the Gushers strain performs better in warmer climates and really thrives in a more humid environment (to a certain extent of course).

How long does the Gushers strain take to grow?

This is a photoperiod strain, so if you are growing indoors then that is really up to you how long you keep it in veg for, the average time it will be in flowering before being ready to harvest is 8-10 weeks.

If grown outdoors, she should be all finished by early October.

Is Gushers Indica or Sativa?

She is a well-balanced 50/50 hybrid, however Gushers tends to lean more towards indica with the way in which it grows. The plant averages around 6 feet in height and produces a fairly wide canopy with a dense indica style foliage.

The high provides a perfect blend of indica and sativa effects with the mellow relaxedness of indica and the uplifting euphoric feeling of a sativa.

What terpenes are found in Gushers?

The primary terp profile consists of Caryophyllene, Limonene, and Myrcene. The candied citrus-like flavor indicates that Limonene is the most dominant in the seeds we grew. Valencene is also present, as are Phellandrene and Caryophyllene. Lab results indicate that there is a total terpene count of 1.01%.

Should you grow Gushers?

Look, this is certainly not the easiest strain we have ever grown. Certain plants responded well to HST, whereas others not so much. If you live in a sub-tropical climate then you are going to have it easier with this strain than those among us who live in slightly colder areas, and the yields will mirror this. But even in colder climates you are still going to end up with a bunch of delicious, stinky buds.

Overall, though, we were really happy with the final product. The Gushers strain is famous for being super sticky and oozing with trichomes, and ours definitely lived up to that reputation. She has also got a great flavor and aroma, so if you are looking for something a bit different then this is worth a try. Just be prepared to put in a bit of extra work!

Have you grown Gushers before? What were your results? Let us know in the comments below!