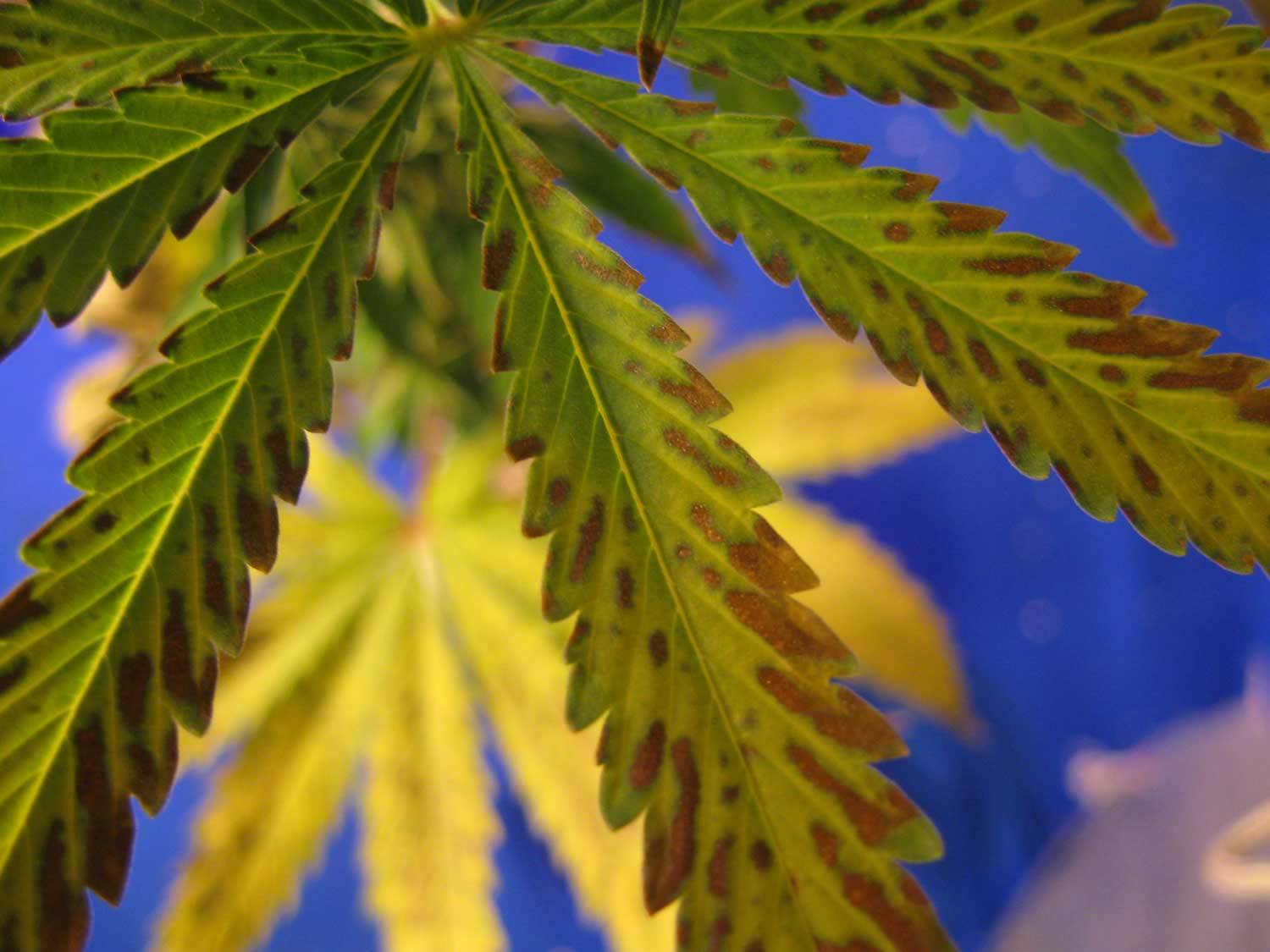 Nutrients are one of the most important things for the growth of a cannabis plant. Just like when humans don’t get the nutrients they need, marijuana plants can become sick, stunting their growth . There are many marijuana nutrient deficiencies so its important to know what signs of these are. Nutrients are simply the food the marijuana plant needs during all stages of growth. And when they don’t receive it, it can have a very detrimental effect on the plant.

What kinds of nutrients do marijuana plants need?

There are many marijuana nutrient deficiencies. Marijuana plants need three main macro nutrients - nitrogen, phosphorous, and potassium. But they also need small amounts of many other nutrients. These include calcium, sulphur, magnesium, iron, manganese, boron, molybdenum, and zinc.

Each of these works in a delicate balance in the plant, so that it can grow in a healthy and vibrant manner. They are most often sold altogether, advanced nutrients is one of the popular products used by growers.

This means growers don’t need to worry about getting the balance just right all on their own. Of course there are many other ways to balance out your nutrients. But for beginners an all in one solution would be easier. When using advanced nutrients however, it’s important to check the labels to ensure the mixture has all the nutrients needed. So that growers can be sure they’re applying them correctly. All of these signs could indicate a sick marijuana plant. If left untreated, the marijuana plant could even die. When these signs start to appear, it’s very important that the grower identifies what the problem is and knows how to fix it. A nitrogen deficiency will usually present itself as a cannabis leaf problem. When a cannabis plant does not have the nutrients it needs, the older leaves, typically on the bottom of the plant will turn yellow and wilt. If left untreated the marijuana plant will eventually die. Once the marijuana leaf starts to change colour, it may become soft, start to fold in on itself and potentially even start to crisp up. Eventually these leaves will fall off on their own, contributing even more to cannabis plant problems.

A magnesium deficiency is another one of the main marijuana nutrient deficiencies. This also appear as a cannabis leaf problem.  A sign of this is when a marijuana leaf starts to show; yellow or light green coloring along its veins and edges of older leaves. If this appears it’s quite likely that there is a cannabis deficiency of magnesium.

Phosphorous deficiencies are another that show up on a weed leaf. Again leaves can turn yellow or brown and can eventually kill a cannabis plant. In addition to these symptoms, the stems may turn red and growth will become slow and stunted. Growth deformities are also not uncommon when a lack of phosphorous is one of the nutrient deficiencies.

Another cannabis leaf problem that can occur is due to a potassium deficiency. When a cannabis plant is experiencing this deficiency, the leaves may begin to curl and may also start to brown along the edges. While this can be treated, if nothing is done about the problem, again the plant may eventually die. Yellow spots is another cannabis leaf problem that shows symptoms of a nutrient deficiency. When this is the case, it is likely a calcium deficiency. As the soil becomes too acidic, it essentially burns the leaves and can continue on to cause even further problems.

A cannabis leaf problem can occur even when a new leaf has just begin its growth phase. If there is a sulphur deficiency, the new leaves will turn completely yellow throughout. It’s best that this be treated as soon as possible.

An iron deficiency looks a lot like a magnesium deficiency. A sign of this is when the leaves will become much more pale, while the veins will remain dark and vibrant.

Lastly, of all the major nutrients, plants can sometimes suffer from a manganese deficiency. When this happens, not only will the leaves have spots on them that are yellow, but they will also appear to be actually dead or dying.

Other kinds of marijuana nutrient deficiencies

While the above nutrients are the macro nutrients needed by any cannabis plant, there are also micro nutrients that play an important role and are just as important as the major players. These include boron, molybdenum, copper, zinc, and silicon.

Boron deficiency also shows up as a marijuana leaves. Here it will show as shoots that are dead, greying, or appear to be burnt. These can show up anywhere on the plant, but they are most often seen on the top leaves of the plant.

Molybdenum may be a mouthful of a word, but it’s an essential nutrient for any marijuana plant, even if it’s in micro form. Like so many other marijuana nutrient deficiencies, it appears as a yellowing leaves. This time you'll see this mainly from the middle leaves. If left too long, these leaves will likely die and will eventually start falling off. Copper deficiencies are one of the rarer nutrient deficiencies a marijuana plant will experience. But it can still happen. If the plant is deficient in copper, new leaves will appear dead, brown, or will show a blue-grey color at the tips. Any new growth on the plant, including buds, may also appear to be limp or weak.

Like copper, a silicon deficiency is one that will rarely appear in marijuana plants. However, they are much more common in indoor grows, while they are almost unseen in outdoor grows. When a plant is deficient in silicon, the branches and stems will become weaker. This could easily and quickly kill the entire plant. The plant may no longer be able to support its own weight and there may be an increased presence of pests and insects. This is due to the fact that when there is a lack of silicon and the plant may not be able to photosynthesize as effectively.

It’s surprising that zinc deficiencies happen as often as they do in cannabis plants. Especially as a marijuana plant does not really require a lot. This deficiency too will show up on the leaves. But this time it will be the veins in the older leaves that begin to yellow, not the actual leafy green part. Zinc deficiencies can also appear as foliage that appears twisted or deformed.

There are so many important aspects of growing marijuana that simply cannot be overlooked. One of the biggest of all of them is maintaining nutrients. When they do present themselves, growers should always know that there are solutions to the problem. They just have to treat their cannabis plants fast and in a way that will ensure they continue living a long and healthy life.