Which Marijuana Strains Grow in Tropical and Wet Climates 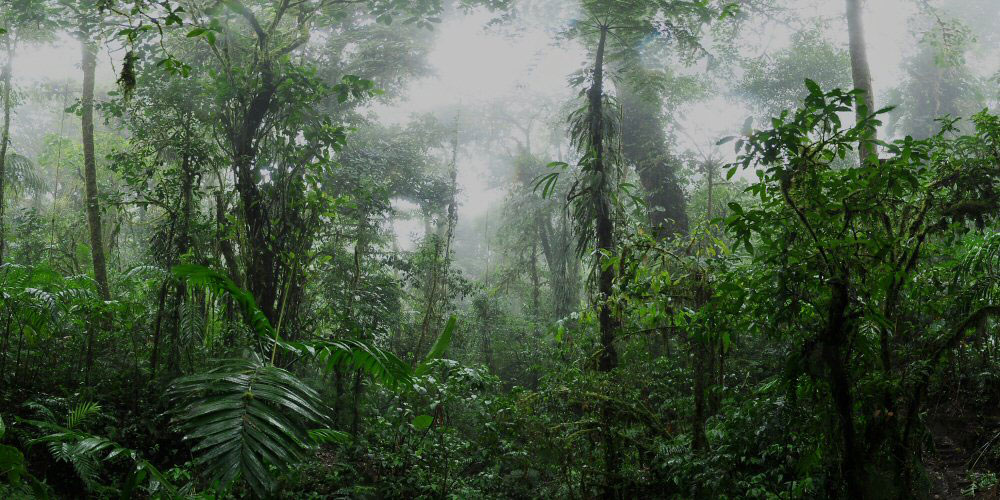 Marijuana is called ‘weed’ for a reason; it can grow and thrive just about anywhere on earth. However, some climates are better suited for growing than others, and growing weed in the tropics presents unique challenges that growers in other parts of the world simply don’t face. The two biggest issues tropical growers will find are with the light cycle of the cannabis plant, and the amount of rain the plants receive. But if these challenges can be dealt with properly and conquered, tropical areas will produce some of the biggest plants growers have ever seen.

When many people think of the tropics, they often think of beautiful, sunny days. This is true, and presents the first problem growers may contend with when growing in the tropics.

This is because cannabis plants perform best under certain light conditions. Typically that is with at least 18 hours of light during the vegetative stage, and moving to a 12/12 light period during the flowering stage. That is, 12 hours of light followed by 12 hours of complete darkness. Some growers opt to force the flowering stage by moving their plants to a 12/12 cycle early, but this is the year-round light cycle in tropical areas. Luckily, this does not mean that all cannabis plants grown in the tropics will be forced into early flowering.

Rather, when cannabis plants are grown in tropical areas, they will likely display characteristics that are similar to auto-flowering plants. Because of this, they will enter the flowering stage once they have reached a certain age and a certain number of nodes, rather than allowing the light to dictate this to them. Of course, growers that are especially concerned about the light cycle can choose auto-flowering varieties to begin with, negating the need to worry about light cycles.

The other biggest issue tropical weed strains are likely to face is moisture. While tropical climates can be hot and sunny, they also typically experience at least one rainy season a year, and in some cases, two. This can do major damage to plants when they’re grown outdoors, as it can quickly lead to rot and mould, which is dangerous to the plant and anyone that smokes it.

Of course, if plants can be covered it will prevent them from receiving too much rain, but if that’s not possible, it’s important to shake the plants and buds after rainfall. The longer moisture remains on the plant, the greater the chance of mould so removing as much as possible is one of the best mould prevention tips.

When trying to choose the best tropical weed strains, growers will likely find the answer in sativas rather than indicas. Sativa strains are typically tropical varieties that actually originated from tropical areas such as Mexico, Colombia, and Thailand. This will help with their genetics when dealing with things such as light cycles, as they will have the genetics that prompt them to flower based on maturity rather than light cycles. Indicas in general will not fare very well in tropical climates.

Sativa strains are known to grow very tall with lots of space between the leaves, no matter what climate they’re grown in. This can be very good for tropical climates, as that additional space will allow air to ventilate in and around the plant, preventing the growth of mould even more so. When grown in tropical climates, these plants tend to grow even taller and bigger, so it’s best that growers have a plan for larger plants. Tying them down can train them to grow out rather than up; and it can also help with the monsoon seasons many tropical areas experience as the high winds will be more unlikely to rip the plants out of the ground or break the branches.

While most sativas will grow very well in tropical climates, the best tropical weed strains are: An award-winning strain, Amnesia Haze is a South Asian and Jamaican landrace, this plant is perfect for the tropics. The plant will grow very large, giving off huge yields and will need a bit longer to finish. This strain can be incredibly difficult to grow indoors, as it can grow as high as 15 feet; but it can also present challenges when it’s grown outdoors in milder climates. For this reason, Thai Stick is one of the best strains for tropical climates. With traces of Sour Diesel and Lost Coast OG, both strains that were originally grown in California, this strain does best in hot climates. Again, this sativa will grow wild and high, so it’s best suited to outdoor grow areas where it can fully stretch. There are many reasons why this strain is so well-suited to tropical climates. The first is that it loves sunlight, something the tropics have in abundance. And because it has a relatively short flowering time of about 9 weeks, it’s great for growers that want to harvest before the rainy or monsoon season starts. Also very important, this strain is known to be especially resistant to mould and disease, meaning that even if the rain hits, the strain will hardly suffer from it.

Growing in tropical climates can be a challenge. And some inexperienced growers may even say that it’s nearly impossible. However, this just isn’t true. Growing marijuana in the tropics can be done, and can even be done very easily when one is armed with the right strains, and a little bit of knowledge about what to watch out for.

More From Most Popular
MOST READ
MOST RECENT