Everything you need to know about Blue Dream 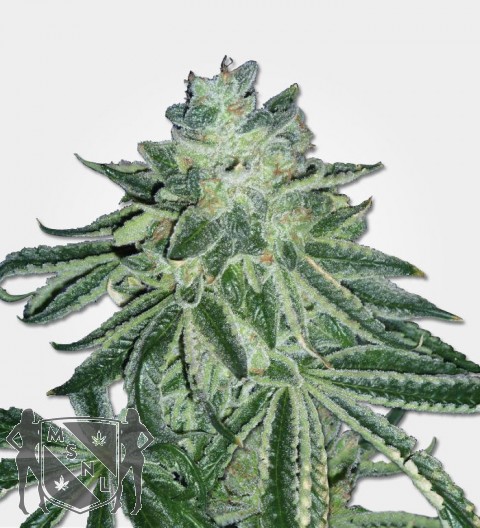 Blue Dream brings cannabis consumers everything they want, all in one strain. It’s a cross of Blueberry, an indica strain, and Silver Haze, one of the highest-quality sativas out there. This gives smokers the best of both worlds, as the cerebral high hits first, lifting you up before drifting into a full body high.

Other than providing a nice uplifting high that can also have very relaxing effects, the Blue Dream strain is mostly known for the medicinal benefits it brings. With a high THC content, Blue Dream is very effective when used as a treatment for nausea, pain, and stress.

The History of Blue Dream While it’s unknown who the first breeder was to cross these two strains, or exactly when the resulting strain became so popular, it is known that Blue Dream originated in Northern California. It was later, in the 1970s, when DJ Short recreated the strain by crossing two of the same strains, Blueberry and Silver Haze that he had in his own collection. He called the resulting strain Azure Haze, and while it might be considered a by-product of Blue Dream, it’s also not the true deal.

Some phenotypes that fall under the name of the Blue Dream strain are also heavier on the indica side of the spectrum, but most stay true to their nearly equal 50/50 sativa and indica roots.

Those searching for a cannabis strain for pain relief with a good amount of THC content will find it with Blue Dream; it has a THC content of 17%. However, this potency is also not so strong that you will feel knocked out by it, as you can sometimes feel with other strains.

The first effect you are likely to feel is the happy, relaxed feelings of euphoria that comes within minutes of smoking or vaporizing Blue Dream. Like most other strains, these effects take longer to feel when the strain is consumed through edibles. When these effects kick in, people are likely to feel highly creative and energetic, and easily able to conquer the lengthy list of tasks that may face them throughout the day.

It’s for this reason that Blue Dream is so well-known for being a favourite among medicinal patients. It provides such an energetic feeling, and it has the high THC content to banish many ailments, medicinal patients can consume Blue Dream throughout the day without ever feeling couch locked or burnt out. Due to its indica heritage, Blue Dream does will have you feeling completely relaxed and the more it is smoked, the more people will begin to feel that couch lock feeling. It isn’t known for this feeling and while it will provide some of the calming body-buzz effects of indica strains, a lot of it has to be consumed before those effects are felt. The effects are known to last anywhere between two and three hours, smoking around those timeframes should help prevent any feelings of couch lock.

Blue Dream is one of those strains that connoisseurs can typically identify as soon as they see it. The buds are typically covered in long thick hairs that are generally tan to orange in color. And often there are enough of these hairs to make the buds themselves look frosty.

The smell of Blue Dream is super sweet, and the taste is too. When smoked, the first thing users will notice is the sharp sweetness of blueberries that first hits the nose, and it will hit the taste buds at around the same time. That sweet fruity flavor and aroma settles into a very deep berry tone. While Blue Dream is a very sweet smoke, it can be harsher than most people expect, although vaporizing produces a much smoother and cleaner experience.

Blue Dream is a fairly easy strain to grow for novice and expert growers alike. It’s a plant that does fairly well either indoors or out, and is also quite forgiving.

One of the main things for you to remember when it comes to growing Blue Dream is that it has quite a bit of sativa genetics. It’s likely to grow very tall and while this might make it more suitable for outdoor grows, Blue Dream has shown to do very well indoors as well. But this requites some fairly aggressive topping and training techniques used while growing.

Wherever the plant is grown, Blue Dream is known for being a very heavy feeder, probably because it’s also known for growing very big cones and highly dense, very heavy buds. When it comes to nutrients, the strain has shown to have a special affinity for nitrogen, needing almost twice as much as other strains at times. The strain does also require quite a bit of water, which might not make it ideal for guerilla grows or outdoor crops that aren’t close to a water source. As Blue Dream is known for producing higher yields through its dense and super heavy buds, it typically needs staking or some other kind of support system. This will help prevent the branches from breaking, especially during high winds when outdoors and it will also help prevent further damage to the plant.

Blue Dream does have sativa characteristics and as such, it will take a bit longer to grow. The time frame for this is around the 55 to 65 day mark however, as she begins to enter the flowering stage, she will begin to pick up the pace and growth will become a bit faster. For those that are concerned that their plants aren’t as big as they’d like to be, it’s also around this point when Blue Dream will start to stretch and branch out,. Providing plenty of space and opportunity for those ample buds.

While it is fairly resistant to mould and diseases, this strain is particularly vulnerable to pests, with spider mites and caterpillars being a particular problem. It’s thought this might be because it gives off such a sweet aroma as she grows, and those sugar-seeking pests just can’t resist it.

Blue Dream is a favorite among most smokers, and it’s not hard to understand why.  Blue Dream is one of those cannabis strains that has something for everyone. Medical users love it for its high THC content and the fact that it’s so ideal when combatting many of the most common medical ailments. Recreational users will love the fact that it keeps them feeling ‘up’, happy and high, without feeling bogged down or knocked out by it.

Get 25% OFF Blue Dream. Buy it now by clicking here.