Everything you need to know about Headband OG 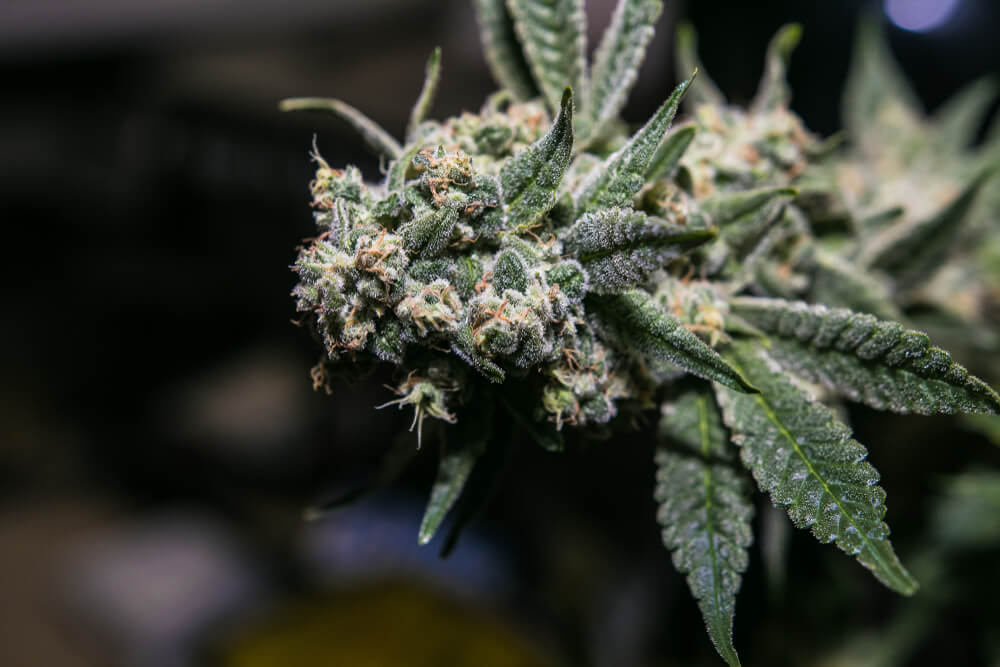 Headband OG takes its name from the fact that its effect starts with a powerful head high, felt clearly in the temples.  This is then followed by the classic Indica stone, making this strain a real all-rounder and robust with it.

Although most people agree that Headband OG was bred in the U.S.A., opinion differs as to where and by whom.  Some people believe it was developed in Colorado by Reserva Privada, while others think it comes from California. Most people agree that its main genetics comes from OG Kush and Sour Diesel, some people think that Master Kush is in there as well.  There is also the possibility that Headband OG is a direct descendant of a strain called 707 Headband (which definitely comes from California), which in turn has the aforementioned Kush/Diesel genetics. Headband OG is a sativa dominant with an average of 20% THC, delivering strong pain relief as well as a head high which is powerful, but not overpowering. On paper, you might expect this sort of THC level to leave you full of energy and raring to go.  Actually, it will leave you with an all-round feeling of relaxation.

Users should note that Headband OG is a slow starter, by which we mean it can take anything up to 20 minutes for its effect to be felt.  That being so, it’s a good idea to go very gently with this strain to begin with until you have a clear idea of how to judge the dosage, otherwise you can wind up finding yourself in a mental fog.

Once the high has ebbed away, it’s time for the classic Indica body stone, which will leave you feeling like you are being lovingly cocooned and are far too comfortable to get up.  At least it will as long as you go gently with the dosage.  If you are too heavy handed then you can end up feeling like you are being pinned down against your will.  You won’t come to any harm, but it will almost certainly defeat the whole point of using this strain, which is to promote relaxation. As its name suggests, Headband OG is highly regarded for issues relating to the head, starting with headaches and moving on to stress-related conditions, including insomnia.  It can also do a good job of relieving physical pain in other areas of the body. It has to be said that the taste of Headband OG is one you’ll probably either love or hate.  Given its genetics, you probably won’t be too surprised to learn that it’s pungent and full of earth and diesel.  Having said that, there’s plenty of fresh, citrus lemon in there too and while we wouldn’t describe the taste as resembling cream in any way, shape or form, we would describe the texture and feel of the smoke as being creamy and gentle on the throat.  The scent is, in the best possible way, like a very good quality cleaner.  There’s plenty of lemon and pine, but with a chemical edge to it.  Obviously, this isn’t going to please people looking for purely natural scents and flavours, but if that’s what you want in your marijuana, you’re probably not going to be looking at a Diesel-based strain in any case.  The smoke is reasonably gentle, but those with sensitive throats and lungs might want to look at using a vaporizer (or a different strain).

Overall, we’d say this stain is best kept for evenings, or for days when you have plenty of time to relax.  Its effects can easily make themselves felt for three to four hours, which may be rather too much if you have work to do (or lots to get on with for some other reason).  If you really want to use this strain in the daytime, we’d say go super-easy with the dosage and/or use slow-release edibles.  Obviously be particularly careful about using this strain when you need to drive.  Driving under the influence of marijuana is a bad idea at the best of times and it’s particularly easy to do with a strain like Headband OG, which is slow starting and long lasting.

In principle, Headband OG will grow happily indoors or outdoors.  In practice, the fact that it finishes outdoors around the middle of October, means that outdoor growing is only likely to be a practical option for people in the warmest and sunniest of climates, which is where this strain is happiest anyway.  Indoors, it will flower in around nine to ten weeks. In line with its genetics, we’d describe Headband OG as being on the taller side of medium.  Indoors it can stay as short as one metre, outdoors it can easily reach two.  If you’re operating in a tight grow space, then you’ll need to be prepared to get to grips with plant training and that will mean either good gloves or sticky fingers as this strain produces a lot of resin.  Don’t be fooled by its compact dimensions in the early stages of the grow period.  Once flowering starts, Headband OG will stretch like an elastic band.  Yields are in the range of 500 g/m2 indoors and 600g/pp outdoors.

Overall, we’d describe this strain as being reasonably beginner friendly.  No photoperiod strain is ever going to be as plain sailing as an autoflowering one and you’ll need to be ready to sex your plants (although there’s loads of help with this on the net).  In general, however, Headband OG is nicely robust and has good resilience to mould, although please note that assumes you’ve taken proper care of ventilation.  As a grower, your major challenge will be managing odour for your own sake and for that of your neighbours. On the plus side, this is an attractive strain to look at with plenty of trichomes for sparkle and bright orange/red pistils.  You can sometimes persuade this strain to turn blue/purple although this is a bit of a gamble and if you’re specifically after blue marijuana, there are better strains to choose.

Headband OG is one of those strains which is either right up your street or one you’d take a detour to avoid.  Basically if Diesel isn’t for you then you’re obviously going to want to look elsewhere, likewise if you’re after plenty of fruit and/or sweetness then carry on, there’s nothing to see here.  If, however, you’re fine with the taste of Headband OG, then its performance has plenty to recommend it.  It’s a perfect strain for dealing with many of today’s tension-related conditions, including headaches and insomnia and there is clearly a strong demand for a strain which gives a relaxed and calming high, rather than a buzzy and energetic one (although, of course, there’s room in the world for both).  Basically if relaxation is your top priority, Headband OG is definitely worth a look.