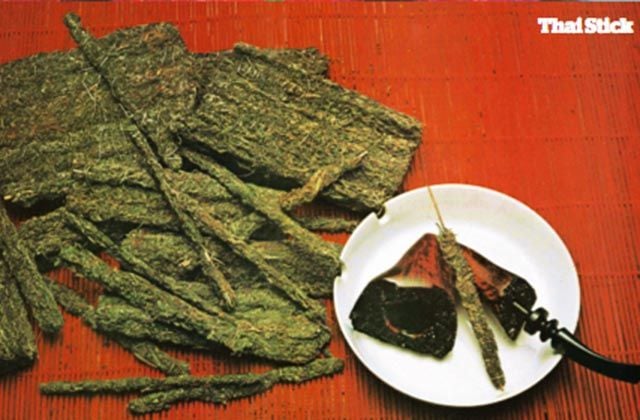 Thai cannabis, hugely popular and most easily accessible in the 1970s and 80s, is commonly known as “Thai sticks”, and it’s still one of the most well-known types of cannabis around the globe today – even if some have only heard of it. Thai sticks get their name from the tell-tale red threads that run throughout the marijuana buds, which help to tie the buds around bamboo shoots or other poles while they dry. This process results in an actual stick of marijuana, and once the buds dry, they are very potent, and high in THC content.

History of Marijuana in Thailand

Thai marijuana has a very long and rich history. Known most commonly as “ganga” in Thailand, the Thai weed plant was once used extensively throughout the country. It was a common ingredient found in most kitchens and was used widely in food, especially in boat noodle soup, a very traditional soup that includes cannabis as a main ingredient. The Thai weed was also once used extensively for medicinal purposes, particularly as an analgesic and sedative. It was often found in the form of massage oils and used as a topical ointment.

In addition to medicinal and kitchen uses, the Thai weed plant was also once extensively used for clothing. The fibers from the cannabis plant, as well as hemp plants, were woven together, making cannabis and hemp plants some of the most common materials used in Thailand fashion. 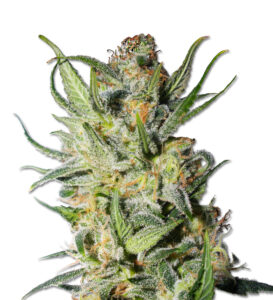 Since the inception of Thai Stick marijuana and its many strains (the two most popular of which are chocolate Thai weed and Red String Thai), it was widely popular and available within Thailand. It was during the 1960s and 1970s, the time of the Vietnam War, that foreign soldiers, mainly American, got a hold of Thai marijuana and brought it back home with them. From there, Thai sticks and all forms of Thai weed became popular with patients and smokers around the globe. In fact, Thai weed was once one of Thailand’s largest exports.

However, in 1979 Thailand passed their own Narcotics Act, which prohibited cannabis use in all its forms. Under the Act, anyone caught producing, exporting, or importing Thai weed are liable for imprisonment of between 2 and 15 years and/or a fine of up to 1.5 million Thai baht (up to $40,000 USD). But while these punishments sound harsh, they’re quite tame compared to the punishment foreigners might face when caught in Thailand with Thai weed.

In fact, sometimes foreigners caught in possession of marijuana in Thailand are threatened with the death penalty, but this is often only so that the local police forces can bribe foreigners. There are notorious stories of the Thailand police being horribly corrupt, sometimes even planting drugs just so that they can extort bribes from citizens and tourists alike. Thai landraces are exclusively 100% sativa, resulting in tall and stalky plants. The buds become very dense and heavy however, sometimes trailing along the ground as they grow and become larger. It’s because the buds are so heavy that the marijuana is often tied up into traditional Thai sticks. In addition to the look of the sticks, another common characteristic is the long flowering time. Some varieties of the Thai weed plant take as much as twenty weeks to flower. This is especially true when Thai seeds are grown somewhere other than the tropical region from which they originated.

Thai weed is known to be especially prone to hermaphroditism, but this is thought to be due to genetics, and not necessarily as a result of the plant’s environment.

Because Thai weed is 100% sativa, one can expect the effects to be much more cerebral, resulting in a nice head stone that remains light, happy and relaxed, rather than a body buzz that makes one sleepy and lethargic. After consuming Thai weed, users can expect to feel incredibly energetic, happy, with a sharp focus and increased creativity. Thai seeds have a very high THC content, providing more psychedelic effects than medicinal. But while the CBD content of Thai seeds is quite low, it’s still applicable for many medicinal uses. Thai marijuana has been found to be very effective when fighting the classic signs of depression, can ward off stress, and help fight pain and fatigue. There are few negatives that come with Thai weed, but it has been known to make users a bit anxious or paranoid, and does give a pretty dry mouth and dry, itchy eyes.

The Thai weed plant is known to be far more potent than most other types of cannabis that are commonly found. While this is mostly attributed to the THC content, it was once believed that the potency actually came from Thai sticks being dipped in hash oil or opium after they were dried. This allowed the additional drug to saturate the buds, which provided for a much stronger smoke. The aroma and taste of Thai seeds are very indicative of Thailand itself. Thai food is known for incorporating all of the five basic tastes – everything from salty to sweet to bitter. Thai cannabis seeds incorporate all of those tastes, as well. At first a very earthy taste and smell will come through, but that’s soon set off by a sweeter flavor that turns into a lemony/citrusy smell and taste. It’s safe to say that the sharp smell of Thai cannabis is very distinctive of the plant itself, but the smoke is very smooth and easy on the throat.

There’s no doubt about it – Thailand marijuana is some of the best in the world to smoke. Unfortunately, prohibition has gotten its hold on Thailand and today, this country has some of the harshest fines in the world for those found growing, selling, or possessing it. As the laws around the globe continue to relax however, Thailand also shows signs of hope that their laws as well, will eventually relax and make marijuana legal once again. Once that occurs, Thai cannabis will be more accessible around the world, and smokers once again can easily get their hands on one of the best smokes they’ll ever enjoy.