Feminized marijuana seeds are specifically bred to produce female plants 99% of the time. It is these female plants that produce flowers that develop into the glistening, fragrant buds that are then enjoyed by all cannabis enthusiasts. Using the very best feminized seeds make all the hard work and dedication worthwhile.

What are feminized seeds?

Of the many different types of seeds available, it is important to understand exactly what feminized means.

Let’s look into this in more detail: Only female cannabis plants produce high levels of THC, other cannabinoids, and terpenes. Marijuana is a Dioecious plant, which means – there are separate male plants and female plants, not both. Some other species of plant have both male and female reproductive parts in the same plant, this is NOT how marijuana plants work. That means that even though male weed plants will still produce very small levels of THC, they won’t be as potent or tasty as female plants.

In addition, male plants produce pollen that, if it lands on a female, makes it produce seeds, which we all know is a red flag for lower-quality weed. Why, because once it's pollinated all the plant's energy goes into making seeds, not big fat sticky buds. When you’re buying seeds, you’ll often see ‘feminized’ seeds or regular seeds. If the seeds are regular, they can end up growing into females or males. This increases your risk of male plants pollinating your females and ruining the entire crop overall.

How are marijuana seeds feminized? 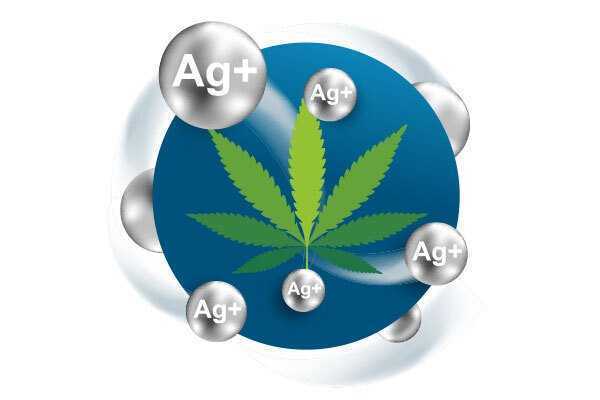 Since female plants don’t naturally produce the pollen that’s necessary for breeding, there are specific techniques that breeders will implement to force female plants to pollinate other females.

By repeatedly spraying a female cannabis plant with colloidal silver, you force it to produce pollen sacks that only have female chromosomes in the pollen. This single-sex pollen is then used to cross-pollinate another female plant-producing seeds that can only grow into female plants. That’s because there is no male genetics involved anywhere in the breeding process.

Can a female plant produce seeds without a male? 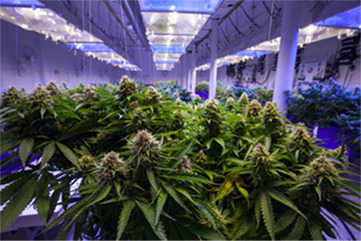 If you are looking to create seeds from your female plants, either for breeding out to keep the genetic line, it is important to know if it is possible. A female plant can produce seeds without a male if a part of the plant is forced to create pollen using colloidal silver. This pollen can then pollinate the rest of the plant (or other females) to then grow seeds.

In addition, female plants can produce seeds without a male if they are 'hermied out’. This term refers to plants transforming into hermaphrodites, or plants that are both male and female. Hermaphrodite plants often appear due to some type of stress. For instance, if your environment becomes too hot and stays too hot for too long, or, stresses like light cycle changes (due to no electricity or timer issues), cold temperatures, etc. can cause your female cannabis plants to hermie and produce seeds.

However making seeds from hermies means that there is a much higher chance of the offspring also showing hermie tendencies. This is bad news if you want high-quality, seed-free buds.

What are the best feminized seeds?

The best feminized seeds will be those that produce high yields and high levels of cannabinoids, along with overall high-quality plants. These qualities tend to come from reliable, long-standing genetic lines that are produced by well-established breeders or seed banks.

What are the pros of feminized seeds?

While you might already suspect the advantages of feminized seeds, let’s review the exact pros you can expect:

What are the cons of feminized seeds?

Can you use feminized seeds for a mother plant?

However, some growers do believe mother plants should only come from a ‘true’ offspring that’s been made from a male and a female. With the idea that this lends to genetic stability and normality, because, down the line, the plant could be more susceptible to becoming hermaphroditic. Using high-quality feminized seeds from MSNL you will not have to worry about hermie tendencies as our fems are not from hermied parents.

What are feminized photoperiod seeds?

Outside of gender, there are two main classifications of seeds you can grow - autoflowering, and photoperiod. Autoflowering seeds that have been bred with ruderalis genetics, or that bloom automatically without the need for a change in the day/night light cycle.

Where to buy feminized cannabis seeds?

To buy female cannabis seeds, it’s best to find a seed bank you can trust. You’ll be relying on the fact that the cannabis seeds are feminized and not just labelled that way. MSNL, the original seed bank since 1999, is proud to offer long-standing strains and the latest up-and-coming strains from reliable breeders. Plus, all the growing guides and news you’ll need to succeed in growing weed from home. Check out the strains we have for sale now.

20 Years Of Quality and Excellence